Hi Rob, can you please post the photo of the glitter albinos you brought in from Czec?

I thought I'd already posted them here, but can't find them anywhere, so here are a couple of shots..... 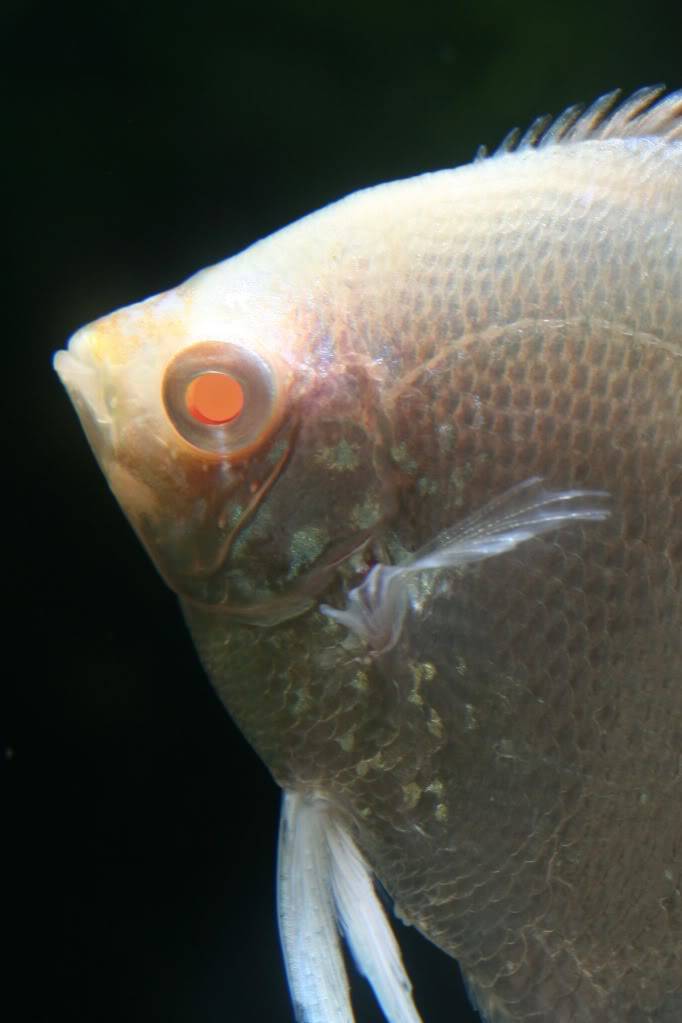 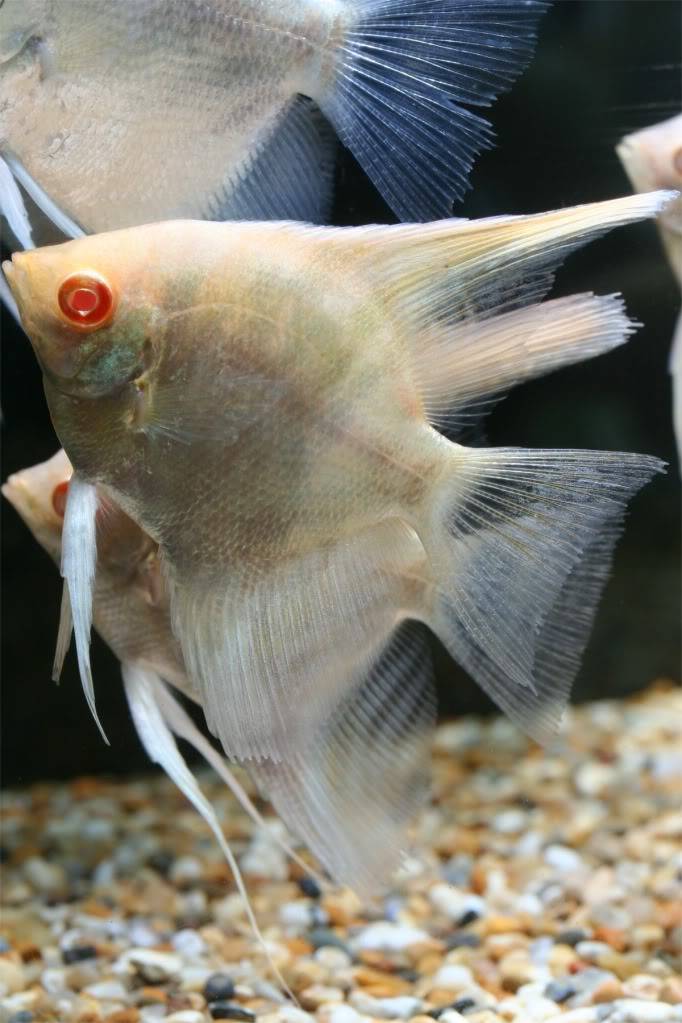 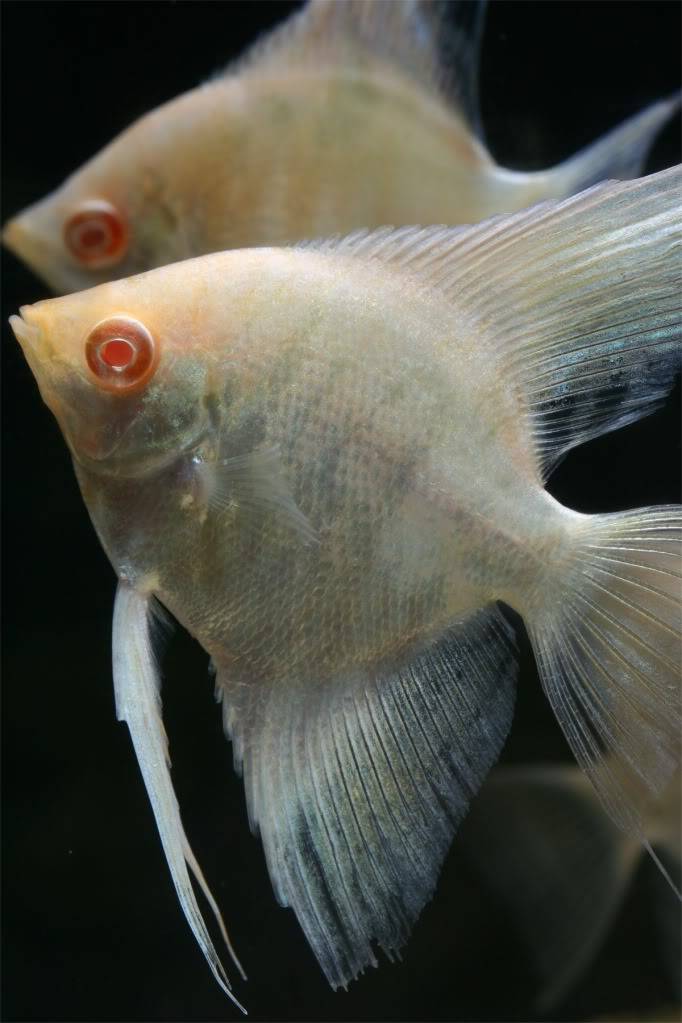 Thanks Rob, out of interest what age are the fish when photographed? does the irridescence increase with age?

I have no idea of the actual age of the fish, but to look at them I'd guess that they were between 9 and 12 months old when photographed. I haven't seen any marked increase in iridescence since they arrived.
_________________
Blessed are the cheesemakers! 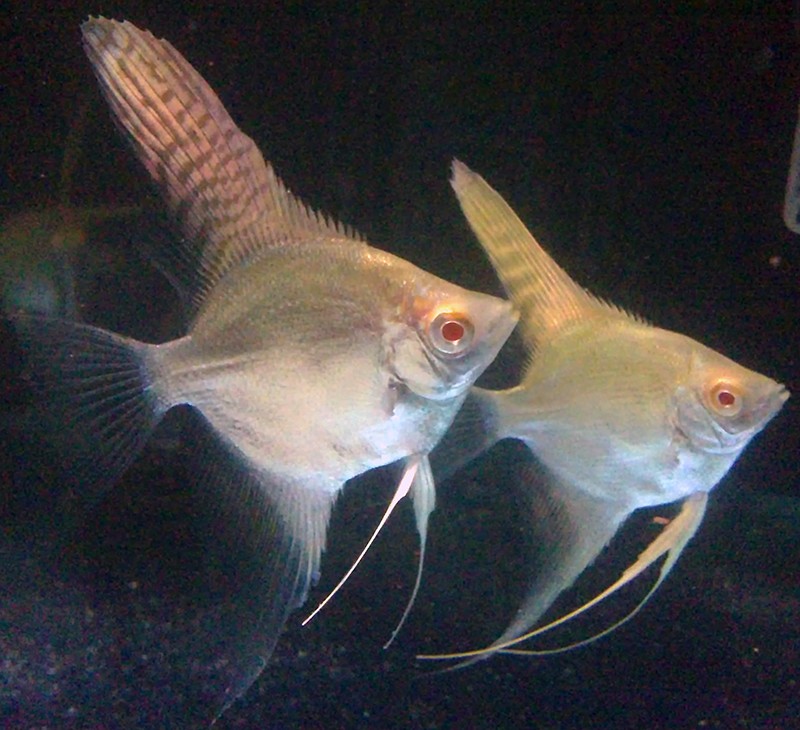 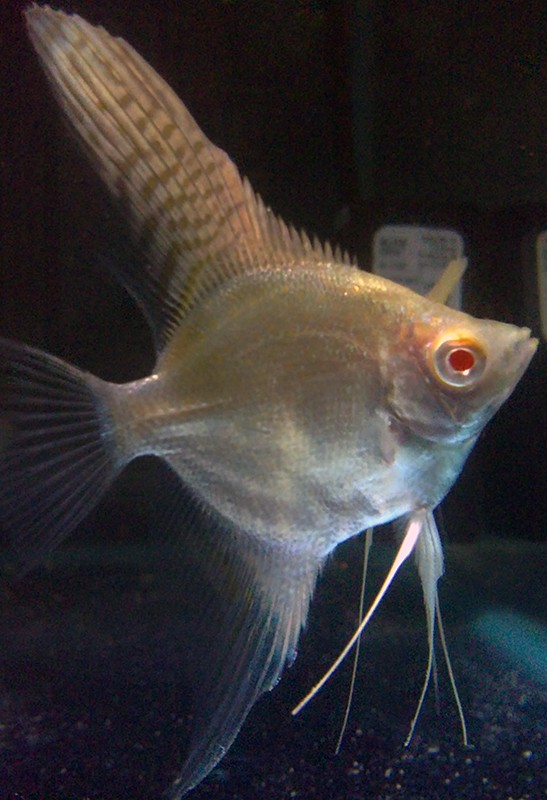 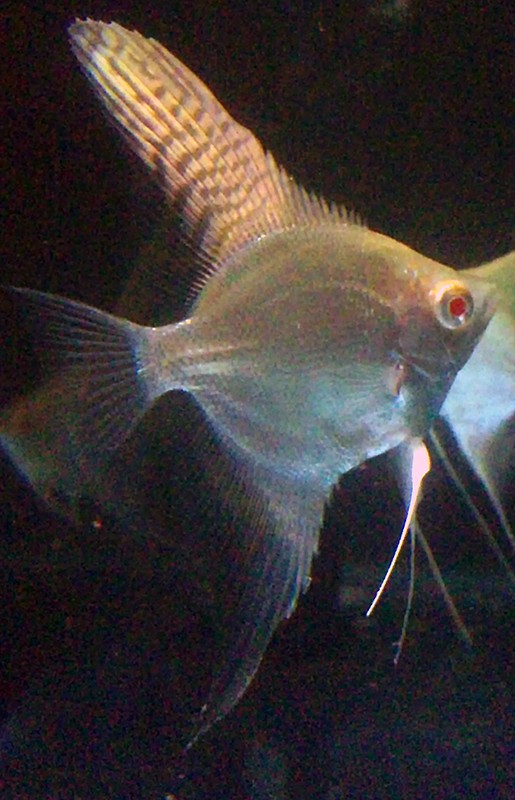 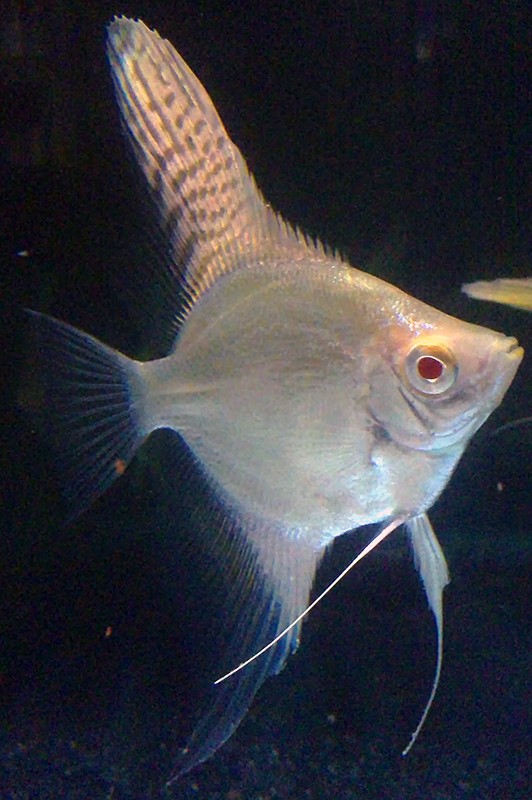 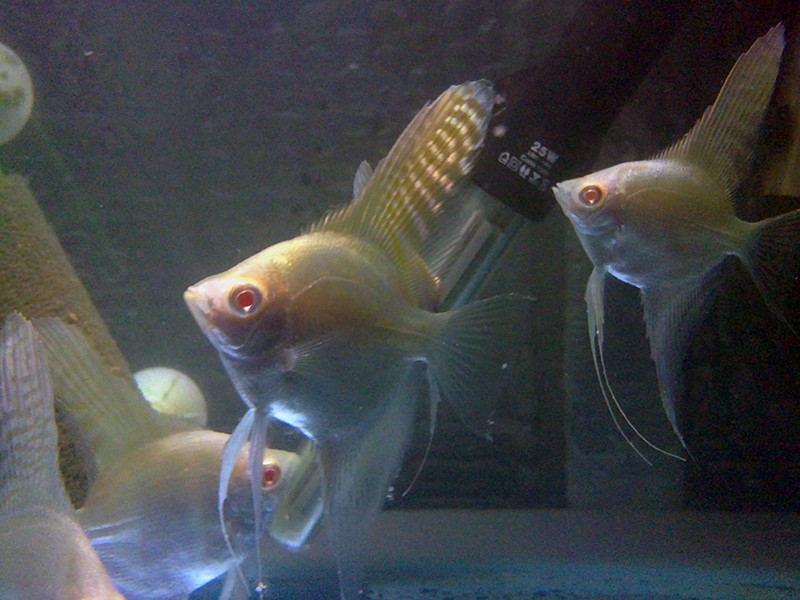 Dorsal is showing rainbow effect when you shine a torch on them and irridescence of the gill plate. If you look closely enough on pic 5 you will see dots of colour - how would you describe this?

Hi Jimmy,
They're coming on nicely, although from the photos I can't see any which scream "blue" at me.

There's been a lot of discussion of this trait on TAF II, nothing conclusive as to cause, but it seems to me that it results from an interaction between a number of genes, gold, stripeless, zebra, Philippine Blue and albino. My impression is that not all of these genes are required to produce the effect, but a combination of several of them will often produce it.

...and irridescence of the gill plate. If you look closely enough on pic 5 you will see dots of colour - how would you describe this?

Afraid I can't quite see what you mean in your photo, but if it's something similar to the effect on the gills of the fish in the first photo of my previous post, that's usually referred to as blue or green glitter, or when it merges together to form a network pattern that's called "snakeskin". It's something that's fairly common in angels, but it seems to be enhanced by the pb gene.

My one surviving albino is coming on nicely now, I'm pretty convinced he's an albino gold, and because of the genetics of his parents I know he's got a smokey gene, a zebra, a stripeless gene and a pb gene. To my eyes, he looks very similar to yours.... 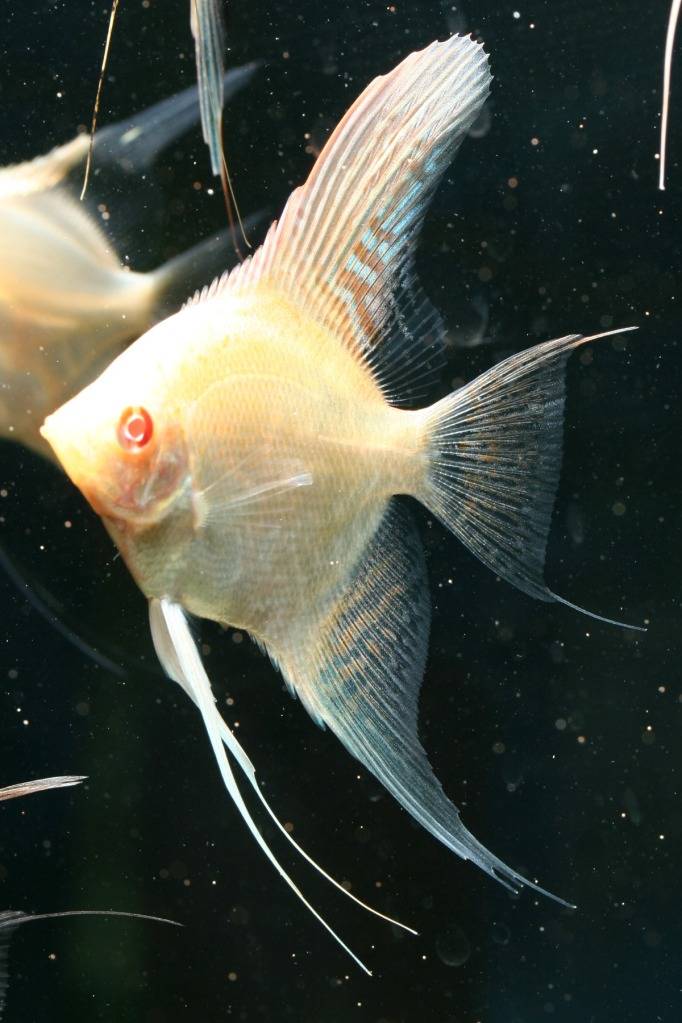 thanks for the feedback, the photos i've posted really don't do them justice, there definately is more blue in them, i'll keep trying to get that one gem of a photo

the photos i've posted really don't do them justice, there definately is more blue in them

Getting the blue to show when photographing any blue variety is a challenge, I would imagine that it's doubly difficult with albinos, so keep trying!
_________________
Blessed are the cheesemakers!

Ok, next attempt, I changed the lighting and polished water, these seem to be a bit clearer, I also took video - make sure you watch in 720p, let me know your thoughts. Fish tend to have yellow tinge, this is due to lighting. 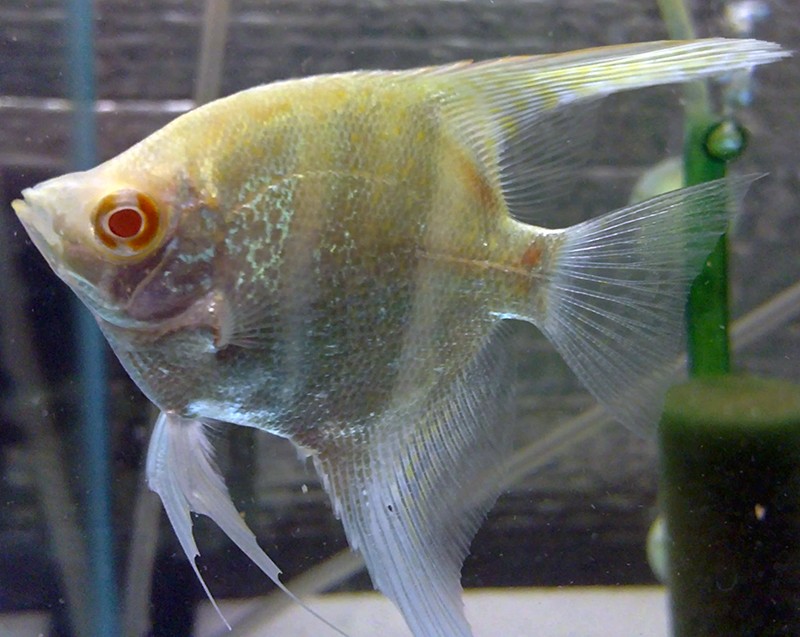 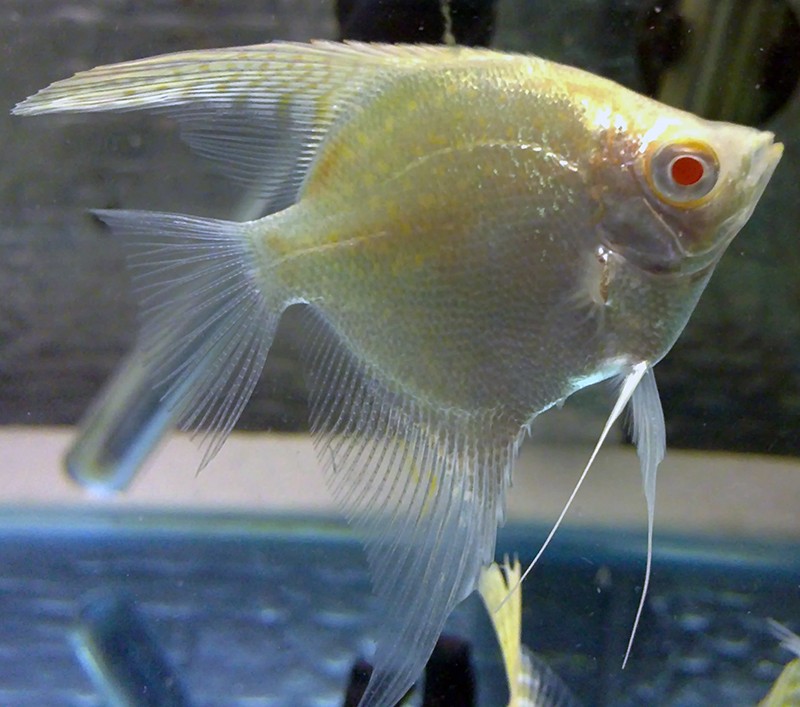 This pic the fish has the small blothches I was referring to, have you seen this before? if you click on the pic you will see the fishes face! 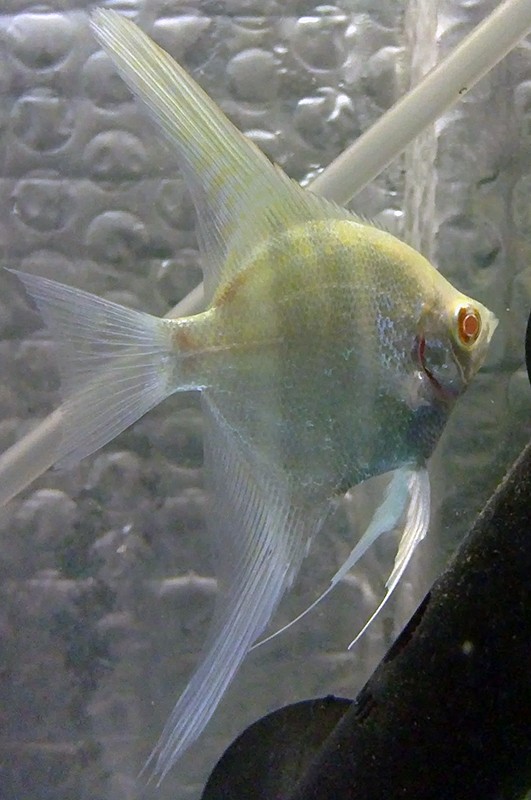 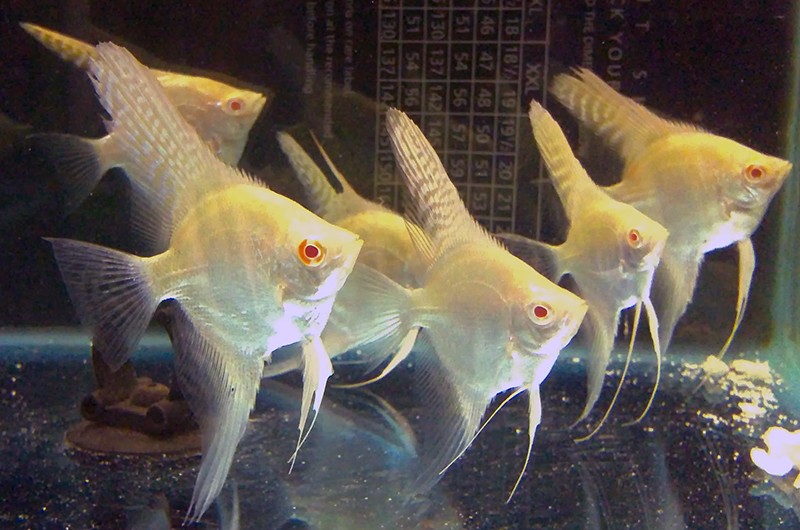 Hi Jimmy,
Great fish & a great photo/video, but I still remain to be convinced that they're homozygous for pb. That said I've not seen an albino that is homozygous for pb in the flesh, so I'm not saying they definitely aren't either!

As to the blue on the body that is the blue glitter/snakeskin trait that I mentioned in my previous post. It's really hard to capture in a photo/video so you did a great job.
These, obviously, aren't albinos, but you can see something similar in these fish 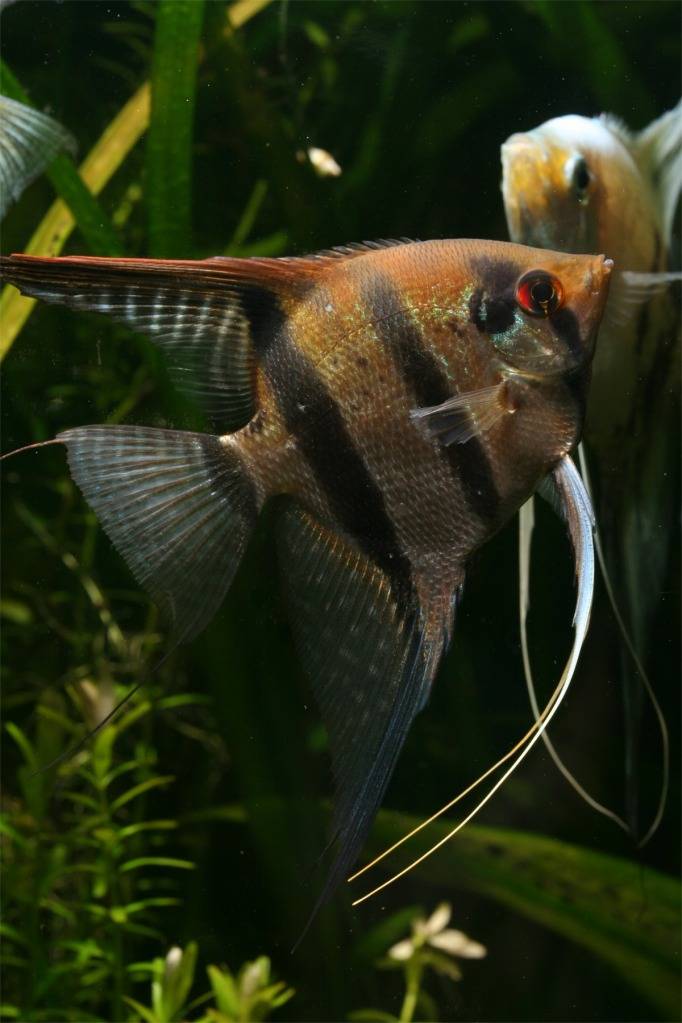 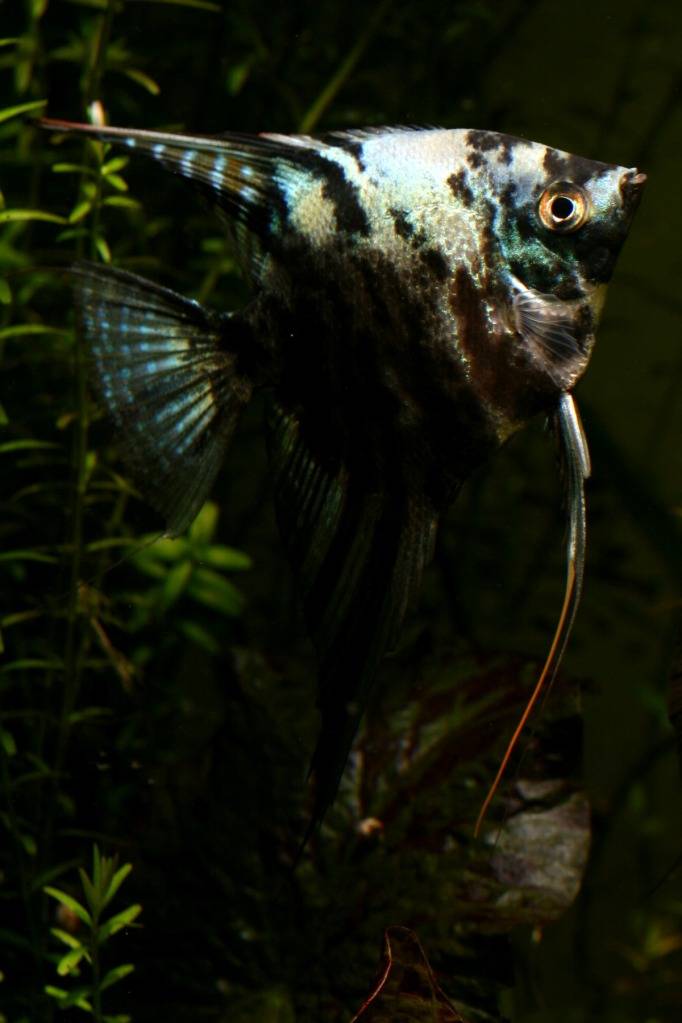 Look at the chest area on this one 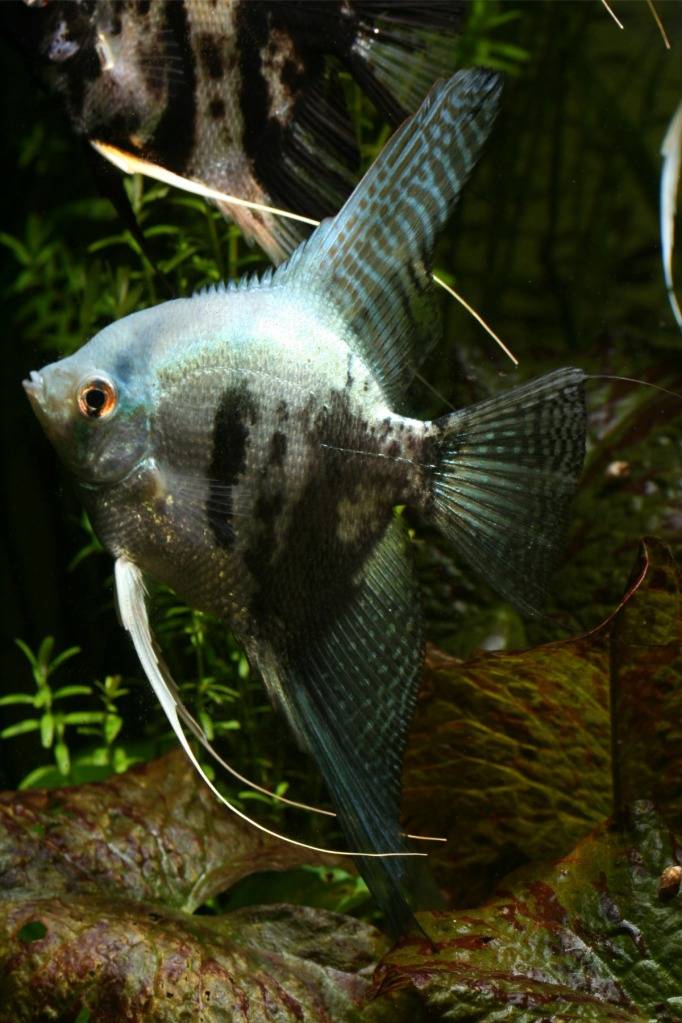 These next two photos show how variable the effect is depending on the lighting, the fish in the background of the final photo is the same fish as the one in the photo below 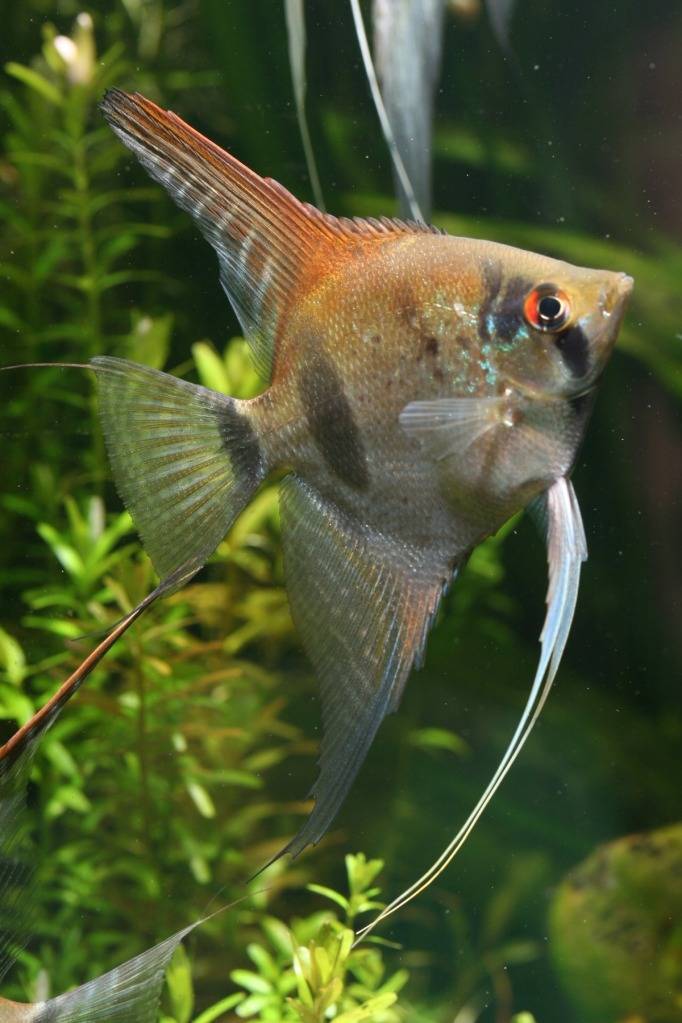 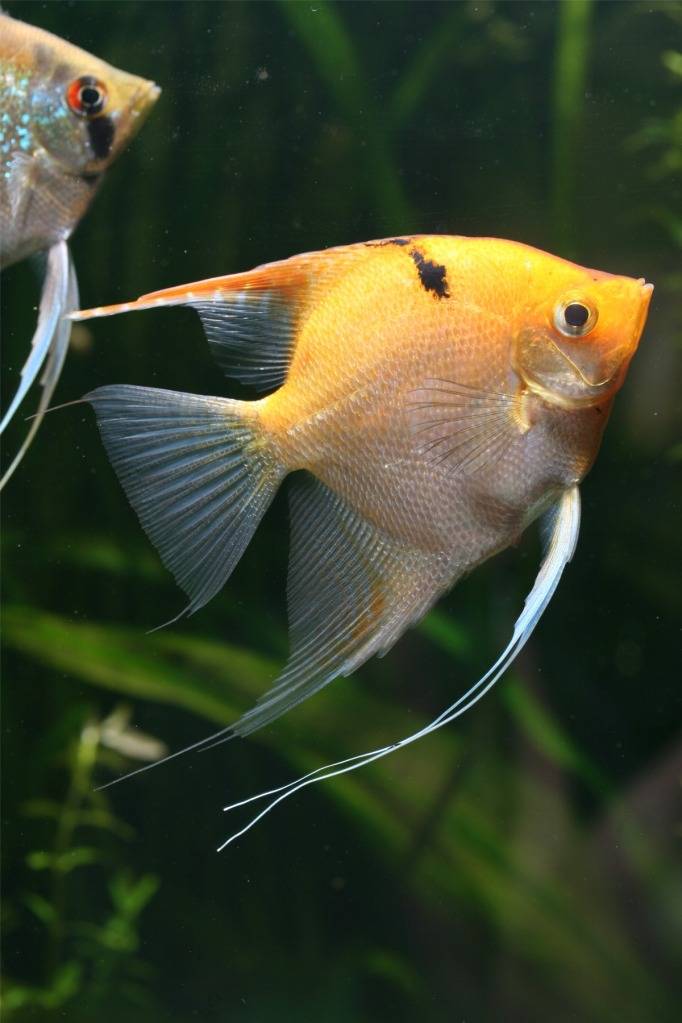 I know a lot of his stock is homozygous for pb, but with the exception of the paraibas, I wouldn't be very confident to say so just from looking at them. I suspect doing test crosses may be the only way to be 100% sure.
_________________
Blessed are the cheesemakers!

Hi Jimmy
You have some top quality young Albinos there and they will be stunning fish when they get to be mature
adults and hopfully the blue is more photo frendly then, blue is very hard to capture on camera.
Cheers Tony