Update on Battle Axe and her Husband

Update on Battle Axe and her Husband

Battle Axe and her man have probably spawned about 7 times, one of those times on the bottom of the tank. I think they're a bit experimental in that respect but they seem to have taken a liking to the slate which I eventually offered them.

As they tend to eat the eggs within 2 or 3 days, they've often spawned quite quickly again but I don't get disheartened if they get it wrong, as it's a joy just keeping them.

They don't pay much attention to cleaning the dead eggs off, but having just taken a photo or two (they are with eggs now) both parents have put up quite a defensive display which I have not seen before. That could be a good thing. I'm leaving the lights on overnight.

The photos don't show their true colours, the blues on the tail of the female is much more vivid in real life. 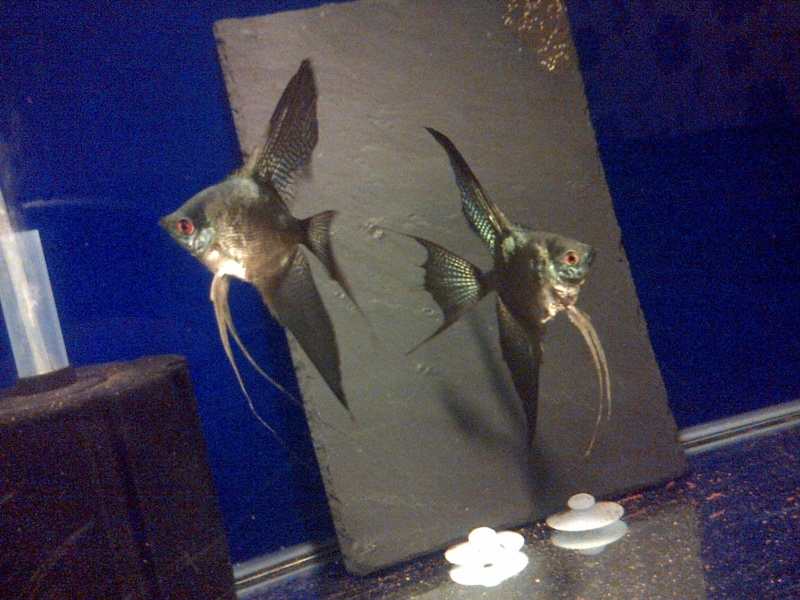 Re: Update on Battle Axe and her Husband