Back in 2012 Graham (Gummie2) posted a photo of some allegedly altum x scalare cross angels. http://www.uk-angelfishforum.org.uk/t223-wild-type-albinos#2038

Since Graham's first post it has transpired that these are from an Israeli fish farm "Danziger" and the name "Dantum" has been attached to them, being a truncation of "Danziger Altum".
There's no question that these are really nice angels, but I think most now accept that they aren't altum crosses, but are much more likely derived from Rio Nanay fish, which are sometimes misnamed as "Peru Altum".

The fact that only wild type & albinos were available, and the fact that the albinos so closely resembled their non-albino namesakes, lead to considerable speculation that these might be pure bred wild fish where a spontaneous albino mutation had occurred. There was speculation that this might differ from the existing albino gene.

Since then there have been a couple of isolated reports that breeding an Albino "Dantum" to a "Normal" albino results in no albino offspring. As albino is recessive pairing albino with albino should produce 100% albino offspring. This strongly suggests that we have a second albino mutation to play with. However I wanted to try the cross for myself, and to document the results in greater detail than has hitherto been available.....

I paired this male :- 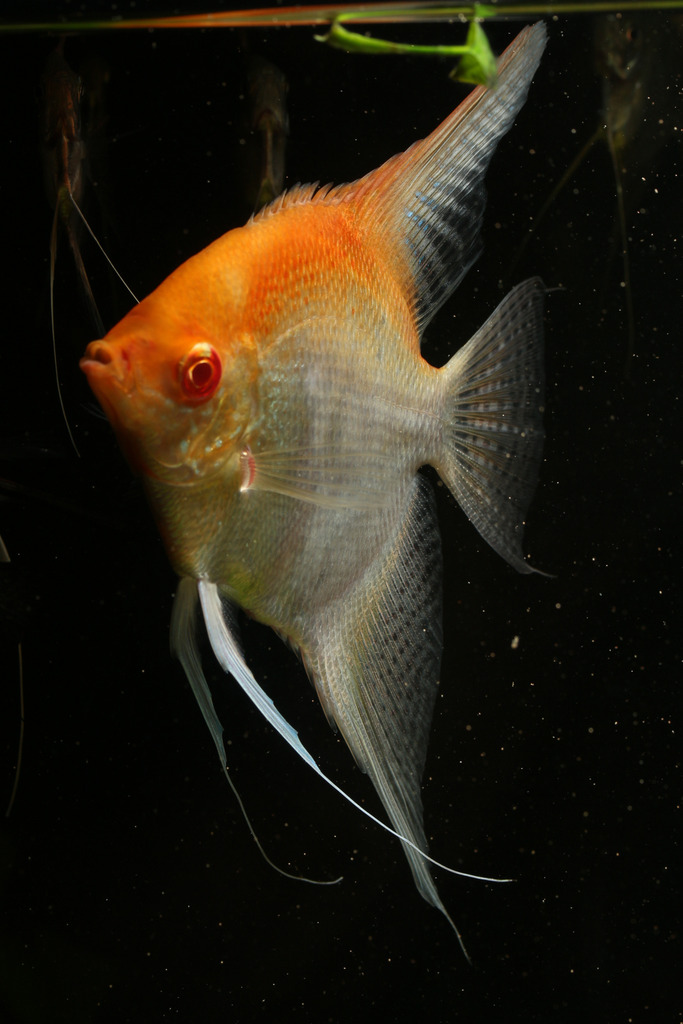 An albino I bred myself, because of his parentage he could be harbouring all manner of additional genes, including Dark, gold, smokey, stripeless & Philippine Blue. I'm fairly certain that his albino genes arrived in my stock with the original import of fish from Ken Kennedy back in 2010. 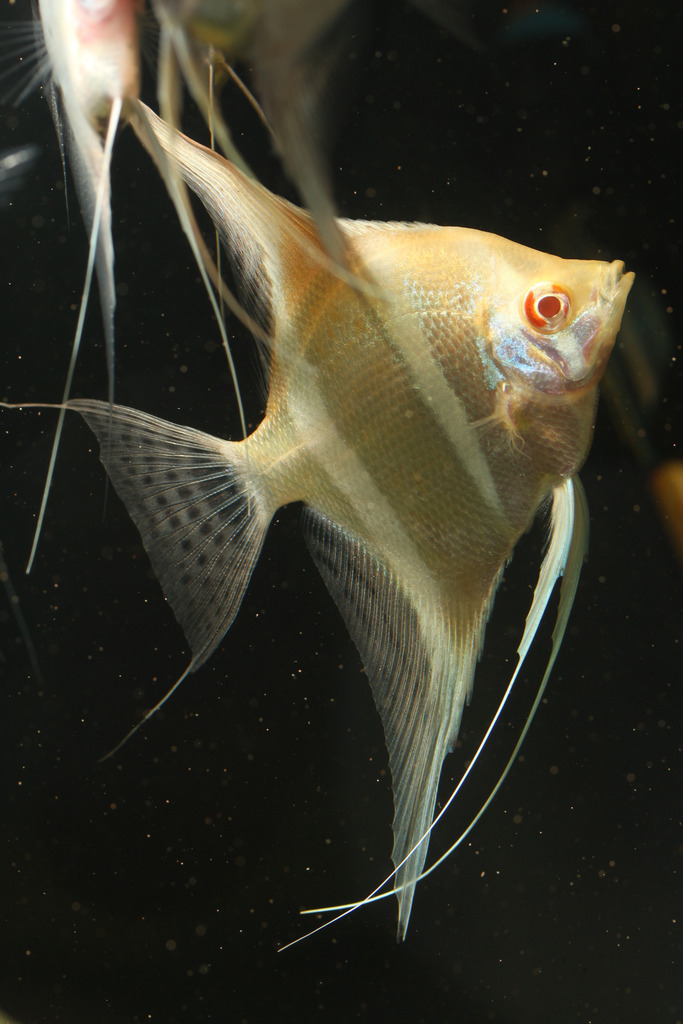 a "Dantum" obtained from a UK wholesaler at the end of last year.

After several abortive attempts where the eggs got eaten, I decided to pinch a batch and hatch them away from the parents, this made it much easier to take fish at the wriggler stage to take close up photos and follow their development :-

So hours after hatching (23rd July) 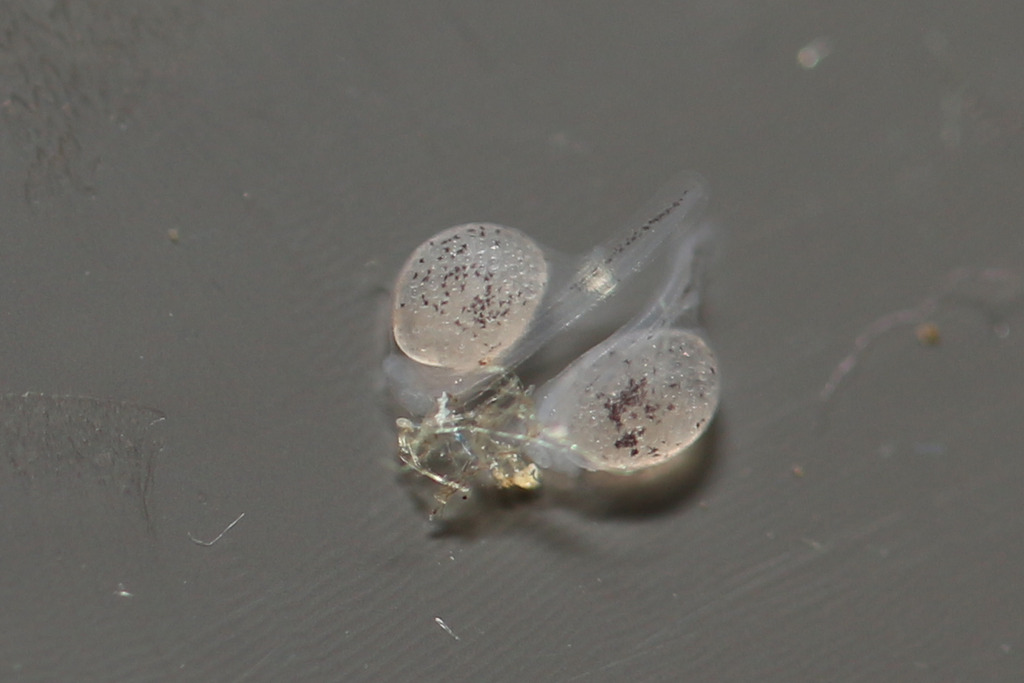 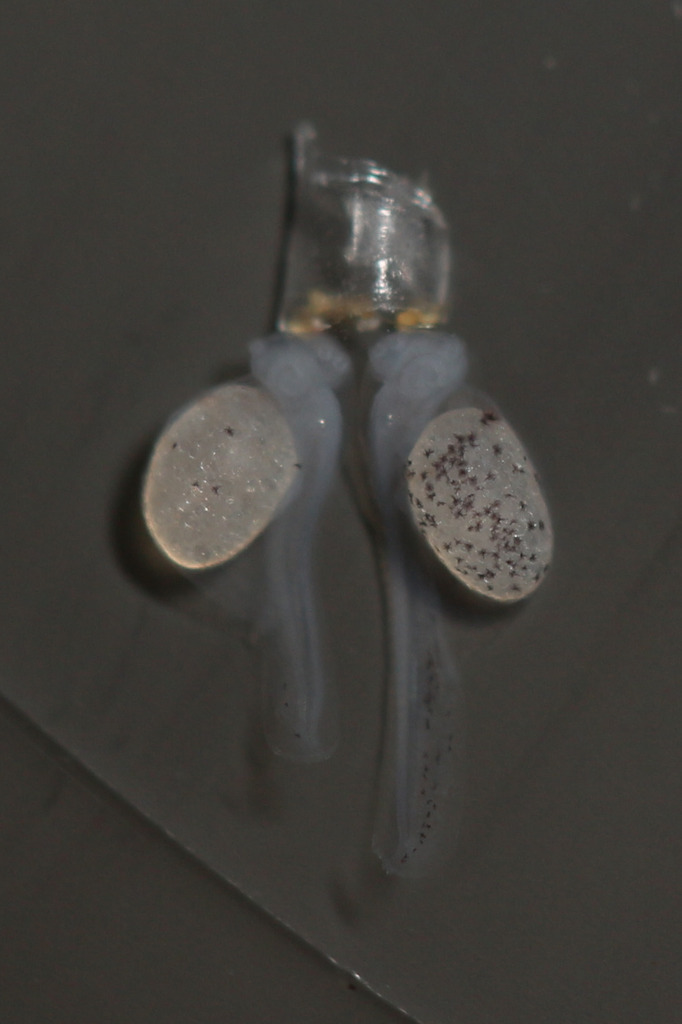 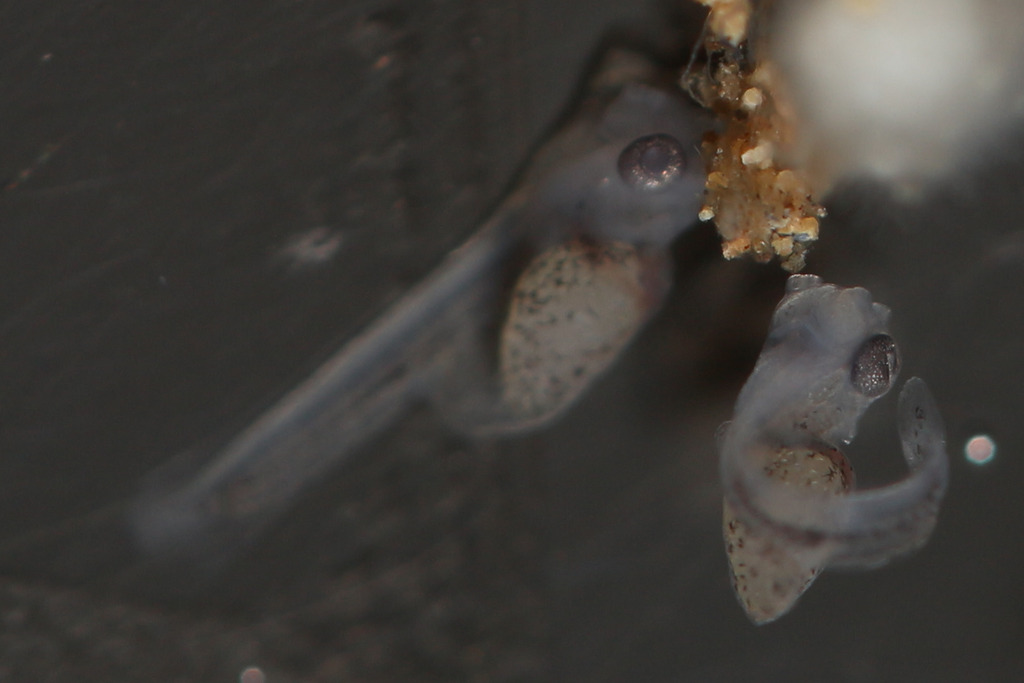 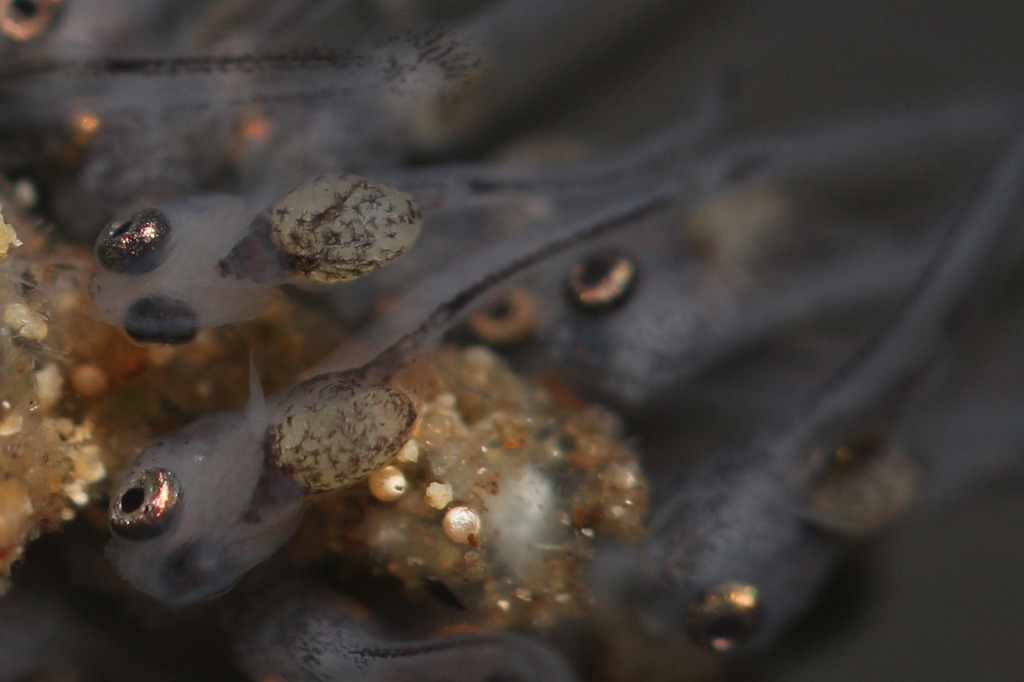 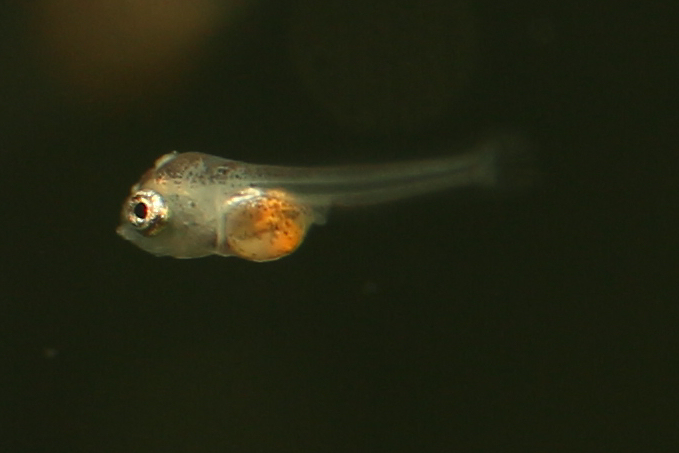 What is already very clear from this is that these aren't albinos which means we have a new albino mutation. I suggest that this should be known as Type 2 albino (a2) and that the name Dalbino be used as a phenotype name. Quite how easy it will be to visually distinguish between albinos and Dalbinos I'm not sure, but hopefully if these youngsters survive, I will do a sibling x sibling cross and get the opportunity to find out!
_________________
Blessed are the cheesemakers!

Fantastic work Rob! It's exciting to experiment with something like this, the outcomes will be very interesting!!! More pics as these little guys develop, there might be some interesting outcomes with the dantum x hidden genes too !!

I have about 20 fry growing on from the above cross. I will try to photograph their progression as they grow .

Excellent, as sadly all mine died in a matter of about 48 hours, still not totally sure why, and so far no luck in securing another batch.
_________________
Blessed are the cheesemakers!

as promised photos of the dantum/gold cross fry about 5 weeks old. First picture is the parents. 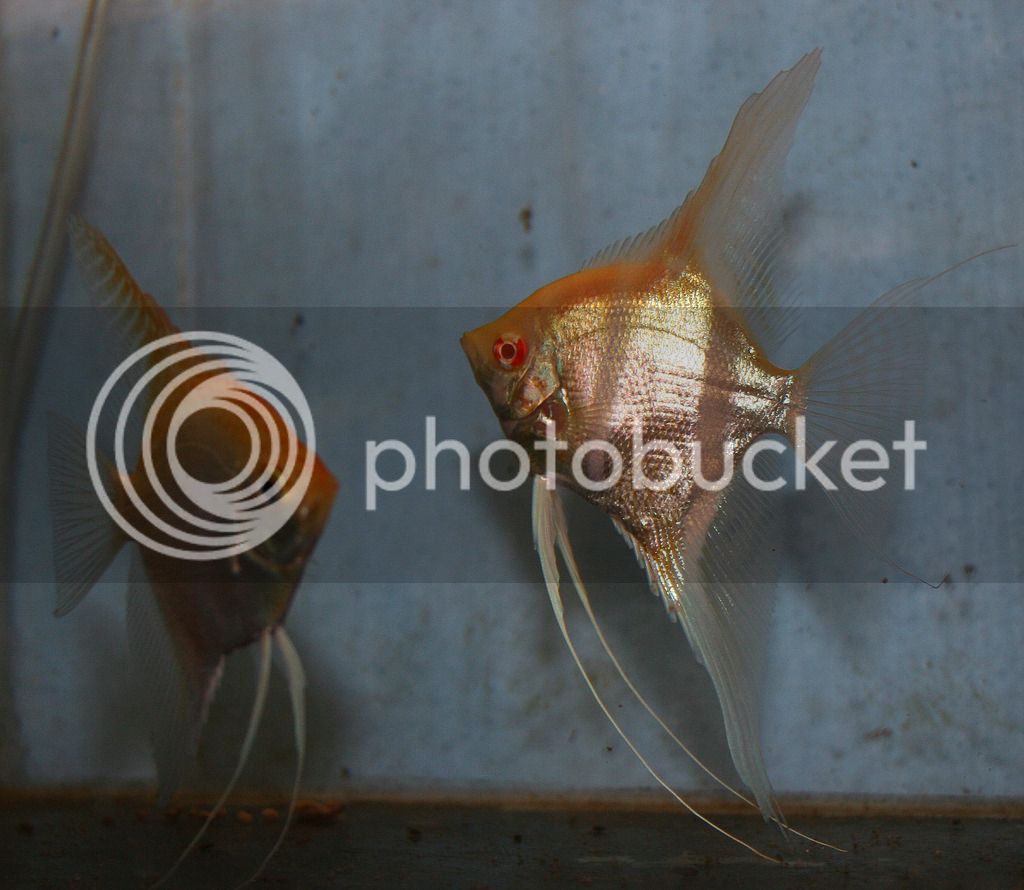 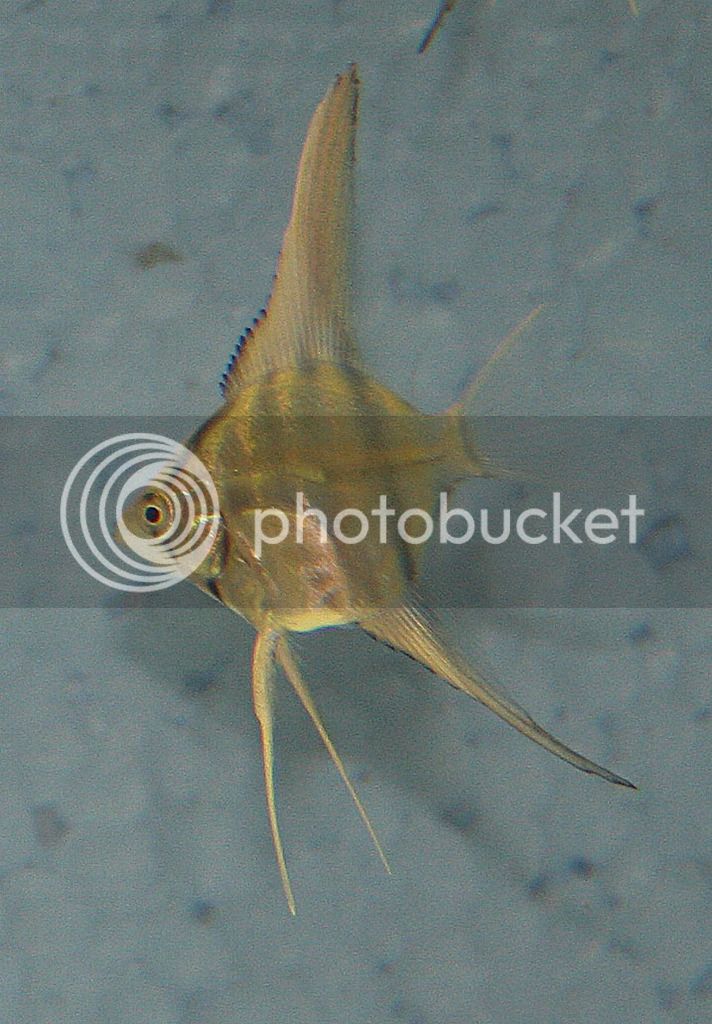 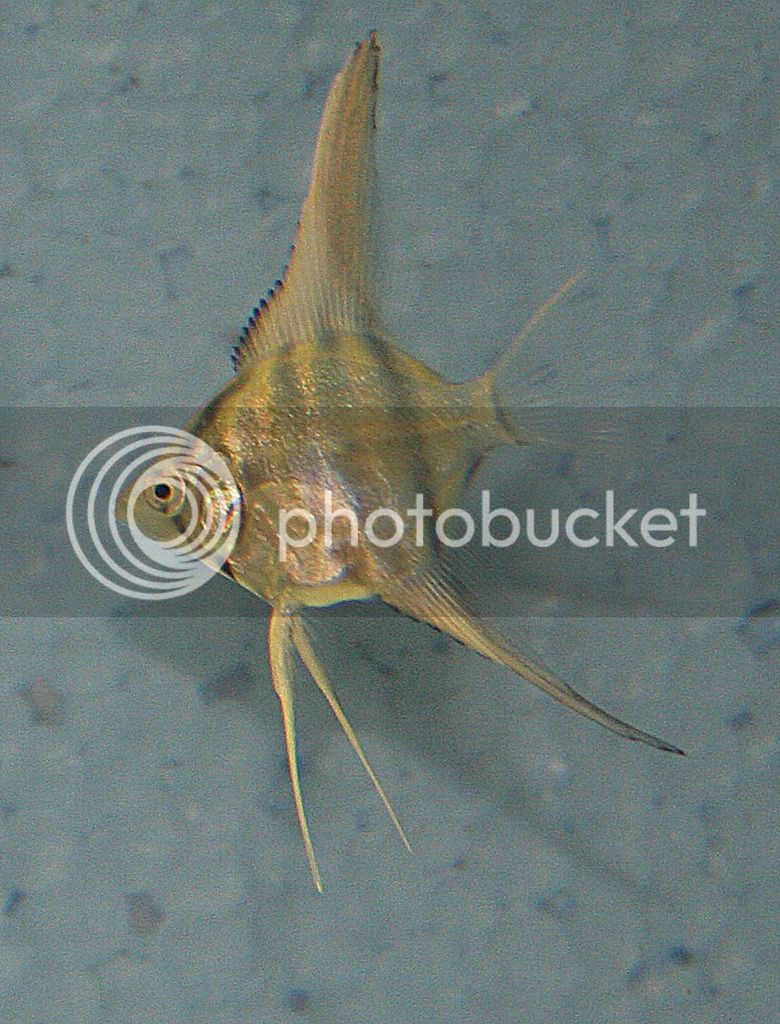 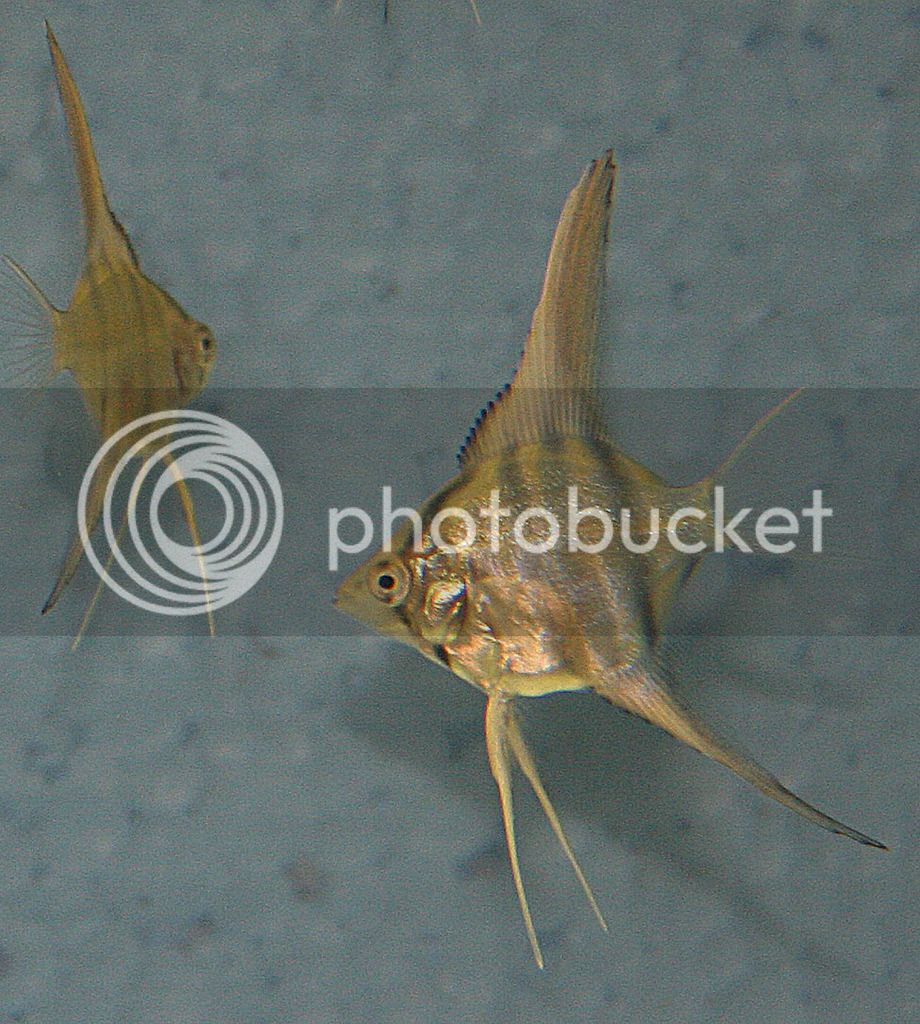 Great photos, but not quite the same combination as mine.
My male isn't a gold but an albino, the female is an albino dantum, the question is, is the dantum albino gene the same as or different from the "normal" albino gene that the male carries.
_________________
Blessed are the cheesemakers!

Did you get any more viable spawns Rob?

I've got a couple of pair combinations where the females are albino dantum & the male "traditional" albinos, but haven't managed to get another viable spawn yet (they keep spawning whilst I'm at work and eating them before I get home).
I think I need to rest them for a bit, and then try them in a different tank. That often, or at least sometimes, works.
_________________
Blessed are the cheesemakers!

. We have a young pair of dantums in the shop atm, female albino, male normal....I'm tempted, but no tanks free atm, too many centrals spawning

Came up to Derbyshire for a couple of days at the beginning of April, so popped into the shop for the first time, I did keep an eye out for you, but didn't see you around, and as it was clearly a very busy weekend for you I didn't want to distract you from your proper customers.

Lots of lovely fish on show but the ones that caught my eye were the little distichodus teugelsi(?) one of several species I've not seen in the flesh before.
_________________
Blessed are the cheesemakers!

Sorry I wasn't around Rob, I would have made time for you! I did have some weekend days off then, wedding anniversary plus using up holidays! The teugelsi are very nice little fish, and the D, sp Black and Red too! We do like to have some rarer African species in, several polypterus sp and of course the cichlids. You'll have to give me the heads up if you're up this way again

Yes, it was all a bit short notice, but we had a great couple of days, climbed Kinder Scout and did a nice walk in Dovedale, so I suspect we'll be back in the not too distant future.
_________________
Blessed are the cheesemakers!