Phil, this is one is for you ... I see both the one smooth curve and also the two straight lines meeting on this one ... need your opinion please.

Anyone else have an opinion?? 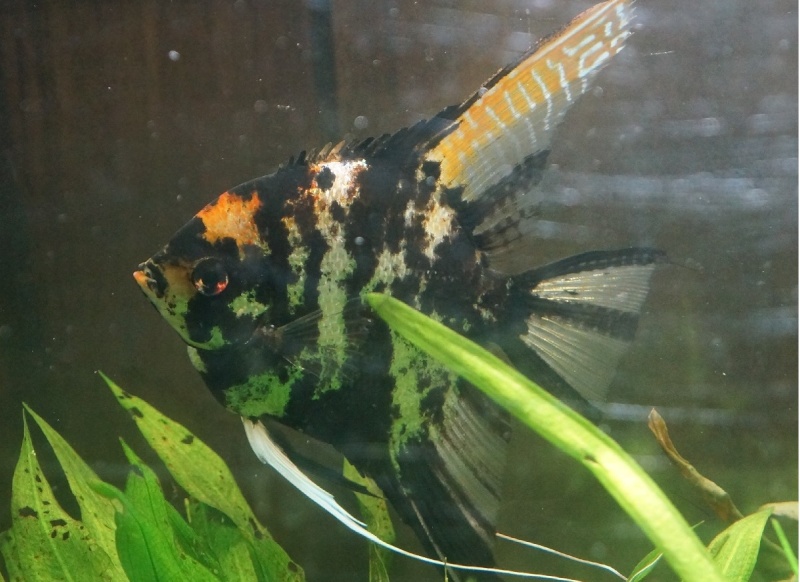 Hi,
First I must apologies for missing your posts from 2013. Going by the dates it appears they were posted whilst I was in Scotland at the time I was attempting to rig up a Wi-Fi aerial. All is working now.
Now back to your post.
It appears you know what you are looking for, but whenever you find yourself in this predicament, you may find it easier if you can enlarge the area as big as possible, even printing that section out. You will then be able to draw lines in the appropriate area, which help in the identification of its sex. Please try it and let me know if you agree.
Looking at your picture it looks like you have a fairly large angel of some age. The bigger and older they become does distort the neatness of the lines I mentioned and can be confusing. In this case I believe you have an old female.
Hope you find this useful.

If you still need replies to you older post please post them or send me a PM.

No need to apologize at all. I'm good with all my old post. Actually, this angel is only a year old and has just started breeding. They always seem to breed when I'm at work so I can never really see the tubes.

I do have a question though, how do you take into account the hump when trying to to get the lines?

And thank you for taking the time to respond.

I've done another drawing for you CY, but now I have to try and remember how to transfer it onto the forum. I'll get it on some how but when? thats another thing.

Whoops sorry the bit of the page is (b) 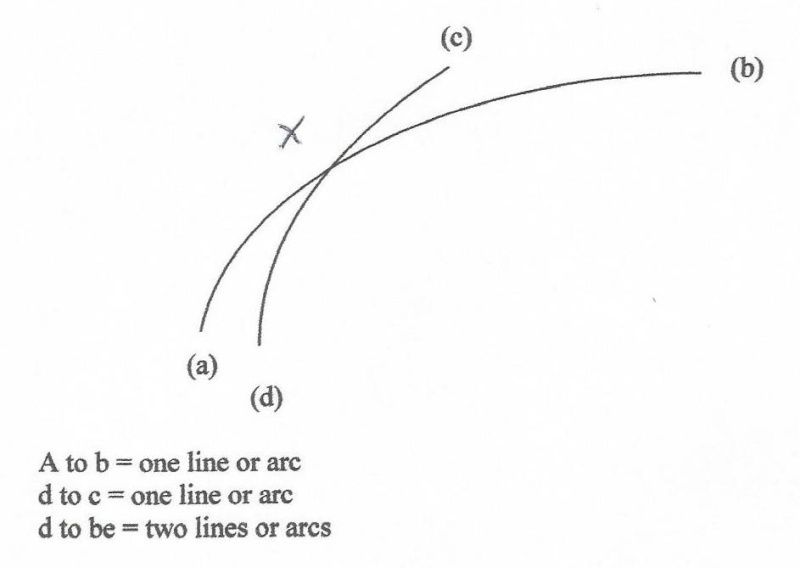 A bit of imagination is required now. 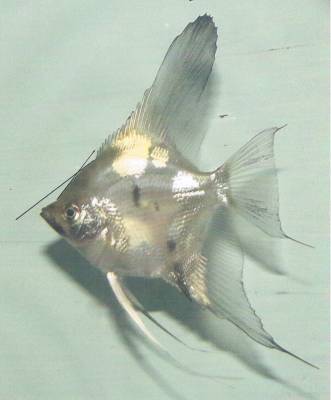 It works and has never let me down. Why? Good question.

Since most fish that I have seen have an arc on them, are you using a true circle? 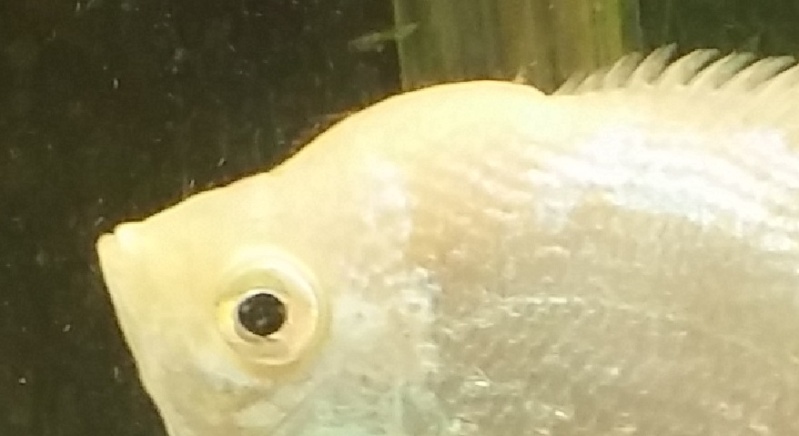 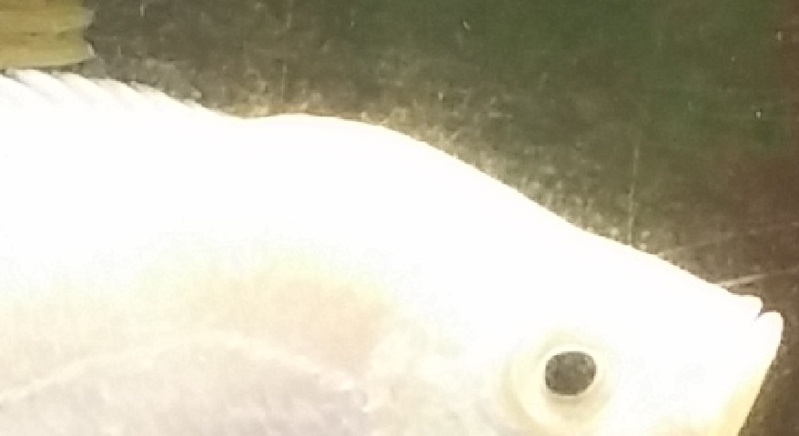 Hopefully the images show ... can't do the hosting thing from my work computer.

Plat 1 has a hump which make it harder, but following the body line, it looks to be one smooth arc, so my guess is Female

Plat 2 has the two different arcs so Male.

Sorry Cy pictures are not showing.

An arc is anything from a curve, sweep, semi- circle, bend, arch, or bow.

Click on the second image in the 5th box above (Insert an image).
9) Paste your url in the box under URL.
10)  Click on Insert.

Your picture should now be showing in the reply post. Just repeat for further pictures.
Good Luck.
Phil

Whoops - don't know how the smiley got there.

I updated the image links .. should be working now

Your pictures have now come through.
Only problem is I need a full side on picture to enable me to see from the nose to the dorsal fin as in your first picture to this posting. 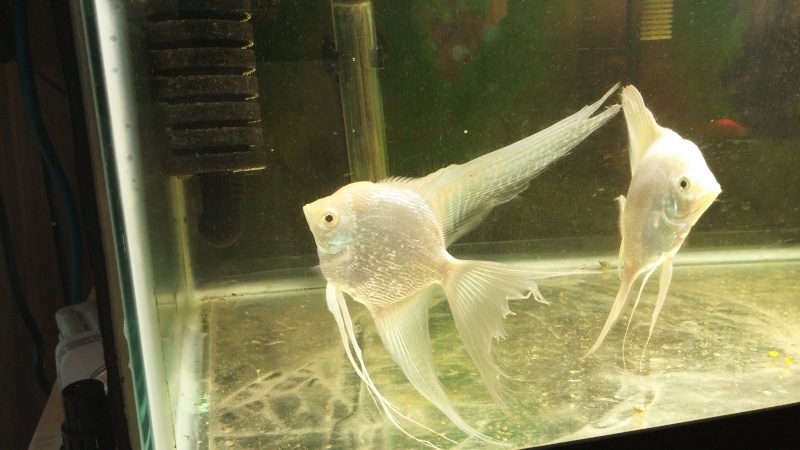 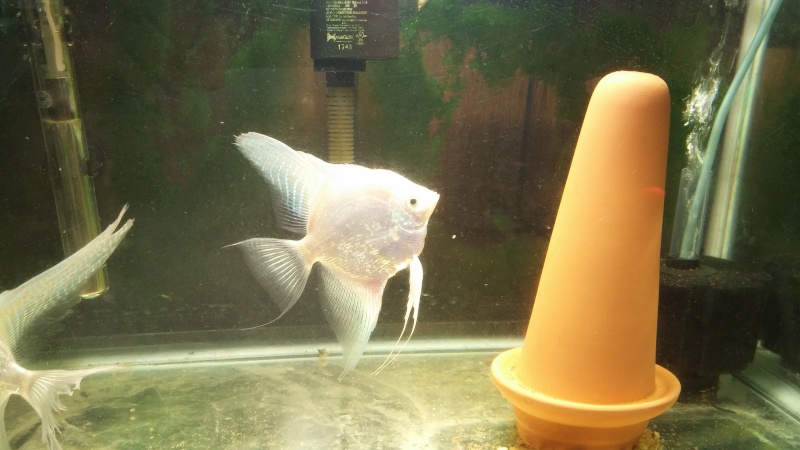 That's better.
Well the first one is one of those that does not make things easy. The bump on its head I believe is a Nuchal Hump.

Ok now for the punch line which I hope Rob will be able to explain this better than me. I have only ever seen this once and it really did throw me out when I sex my Angels. That is a Nuchal Hump. When I saw this I could not tell whether there was one continuous line or 2. I was cob smacked. So yes there are some angels you can not sex. From what I understand but can not confirm is that those with the Nuchal Hump are males. May be may be not.

But your one here has thrown me again

From what I understand but can not confirm is that those with the Nuchal Hump are males.

Why? As this looks as you say like a female. But I am not going to quote myself on that.

The second one that's no problem that's a male.

Nuchal humps are seen in a wide range of cichlids, both African and Central American. They are formed through the deposition of fat on the crown of a male fish's head. They vary considerably in size both between species, and between individuals of the same species. In some cases they can vary considerably in the same individual, depending on it's environment. In Geophagus steindachneri males only develop the hump when housed with other males, the following isn't my photo...

Nuchal humps are essentially sexual adornments, equivalent to the showy tail of peacock, which says to a potential mate, "I'm so fit, and successful at hunting/foraging, that I can spare all the nutritional resources to grow this great big hump!"

Other examples of species with nuchal humps include (note unless stated, the following photos aren't mine but are shared from other websites):-
Cyphotilapia frontosa 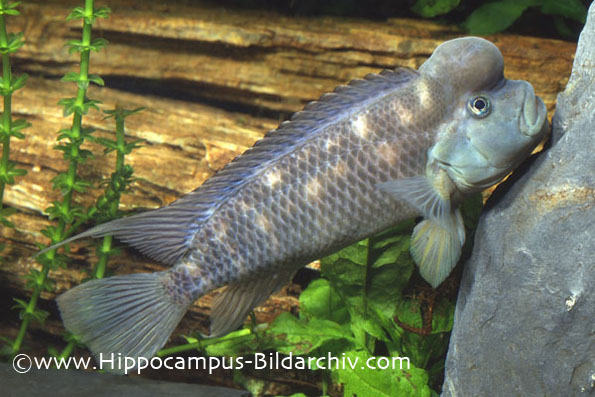 Nuchal humps are rarely if ever seen in wild angelfish, but are quite common in domestic fish, I think there are two reasons for this...

Firstly, an environmental one, there's a lot food freely available in an aquarium compared to the wild, at least some angelfish clearly have the ability to grow nuchal humps, having lots of food available is clearly going to support this.
Secondly, Inadvertent selection pressure. We all know how difficult it can be to tell the males & females apart. One way is to put them all in a tank and sit patiently, and wait for them to pair off. But imagine that you were an ornamental fish farmer with hundreds of tanks to look after and thousands of fish to choose from, you're not going to pick "pairs" that you're not confident of, you're going to select the males that are most obviously male, and likewise the females. In this way over generations, domestic angelfish have developed a degree of sexual dimorphism, that simply isn't seen in wild fish.

So in answer to your question on sex, if what you have is a proven pair, the male is the one with the nuchal hump. If you're not sure if they're a pair, but you've seen eggs, then you do have a pair, and even if you haven't seen eggs, I'd still be guessing that the second platinum is a female.