I've removed most of the fry from their parents, but I left about 50. They've been hiding most of the time, subsequently difficult to target feed, but yesterday they decided they were adults and have been out and about.

The parents have spawned again (on the filter!! stupid fish), I noticed today I have wrigglers, some of the fry have been looking, but only being 2 weeks old seem to be too small to try and eat them.

Are the wrigglers likely to survive or will the fry get them anyway??

I have also noticed they fry with the parents seem bigger than the fry I have in their own tank which get two nice meals of bbs, is that a symptom of being away from mum and dad??

Hi
The wrigglers should be fine its the free swimmers you need to worry about as I have seen the parents eat the free swimmers a number of times when they have spawned again. As far as food goes the free swimmers will have a harder job to find the food if the breeding tank is bigger than the ones you have separated this could explain the size difference. 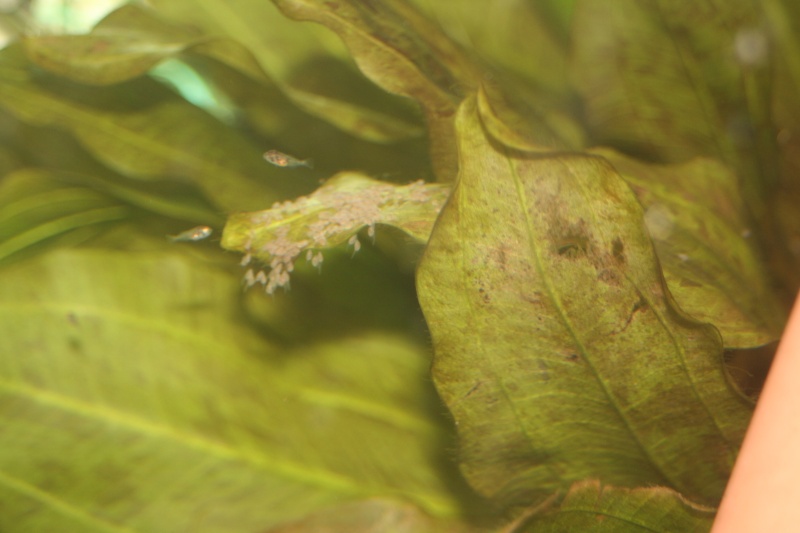 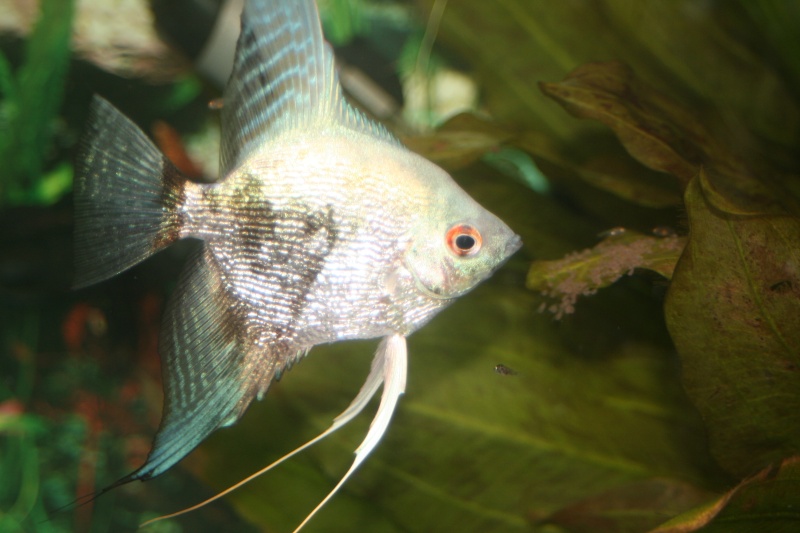 I see what you're saying Simon, I originally left the fry in hoping it would stop them spawning again, which didn't work

, now they're all over the place its a bit harder to catch them.

I'll decide tomorrow lol too late to do anything tonight

Nice one Bridge.
Welcome to the life of the breeders.
It's all in a days work as a hobbiest.

I just seem to be asking this forum so many questions, I do try and google all my problems, but actually getting Angel experts helping me is far better!! I just hope others get help from my questions too, also with a forum, the questions and answers are here in one place, unlike facebook, questions get answered but for reference its all gone into hyperspace too soon!

I agree with Simon, probably time to remove the free swimmers.
As to the differential growth rates, there are probably several factors, water temperature being one and the stress of being moved being another important factor. I currently have a very large batch of baby koi, which were bred in a 2' x 1' x 15" tank. I left them all with the parents for a little over 2 weeks after they went free swimming, then when I removed the parents, I tried to remove about 2/3rds of the babies to a larger grow on tank. In practice I probably moved about 55% leaving 45% in the original tank. Since the grow on tank is nearly 3 times the volume of the original tank, you might expect the babies in there to be the larger. in practice there's a huge variation in size in both tanks, but the largest are definitely to be found in the in original tank.
Another factor that's well worth noting is that, like discus, baby angels can feed off the mucus on their parents, giving those left with the parents an additional source of food as well as the bbs.

Well Mum and Dad have made it almost impossible for me to remove them, they seem to like to keep the fry at the back of the tank and under the plant! Its a huge plant, and of course the wrigglers are on it, but at the front, which is great for me, I can see everything! What I have noticed is they seem to have scattered these wrigglers about, with other spawns, they kept them all together, but this time some are in a lump on top of a leaf, others are like garlands dangling, there are also individual ones on the roots of the plant offshoots, these are the ones that are of most interest, because they are right up against the front of the tank.

I think I'm probably down to about 20 fry, as I have a huge number of their siblings elsewhere, I think I'll wait till this next lot are free swimmers and move what ever I can, THEN put Mum and Dad in a proper breeding tank!!

Can I mix the two lots of fry together when I move them, they are literally 2 weeks different in age, or is this not a good idea??

Thank you as usual for all the good advice

Personally I'd keep the younger ones separate, at least until they're about a month old, at that stage you're best to sort based on size rather than age.
_________________
Blessed are the cheesemakers!

Major tank swapping needed !! All is going well but fry and parents are in the wrong tank, so I need a careful major swap about!!

I have collected my 5 week old fry from their "holiday/baby sitting adventure", they are now starting to look like proper fish, but their colours are fooling me, or maybe its too early to tell?? BUT from Dad (Blue Marble) and his ex (Mrs Grumpy who looks exactly like his new interest) I have Blue Silver, Blue Marble and Blue smokey, not sure yet if they will be pearlscales, time will tell, but I did have a couple with dodgy ventrails.

From Dad and his new girly, looking at the fry, I can see stripes (I'm assuming marble), I can see Smokey, but I also have some very dark ones, and some very pale ones, with no visible stripes as yet, are these likely to turn into marble and silvers, or am I being hopeful new girly has something hidden? If she does, what might it be?? 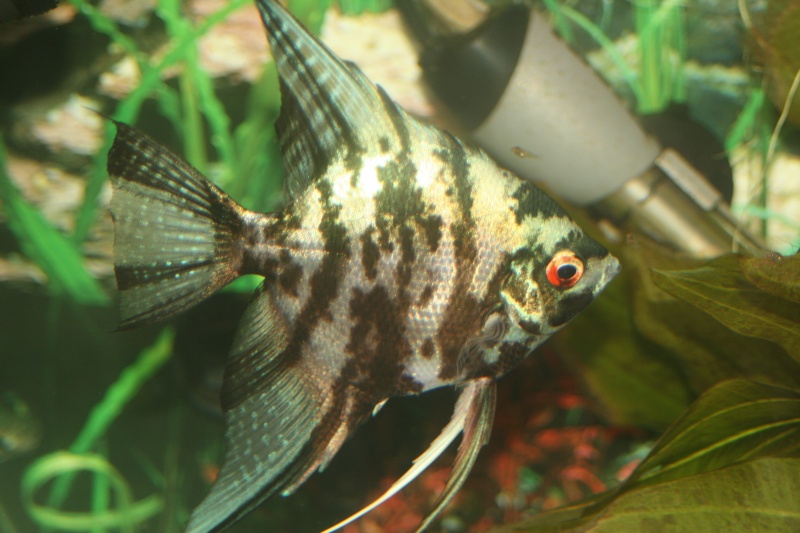 That's a male!? I'd have guessed female, shows what I know!

As to the fry I'd be very confident that fish is M/+ (ie one marble and one wild type gene) I don't see any sign of smokey in him, so if you got smokeys in the first batch, that gene almost certainly came from their mother. A photo of the two females will make it easier to determine what you might get.
_________________
Blessed are the cheesemakers!

Other than pearlscale that female appears to be a blue smokey, I suspect she has a gold gene, but I'm confident that the male doesn't.

So you'll get 25% blue smokeys, 25% blue silvers, and 50% blue marbles of which half will be smokey blue marbles.
The picture will be complicated if one of them has a stripeless gene, in which case you'll get some ghosts, or ghosts & paraibas if both do.

If I'm right and the female has a gold gene, half the marbles will be M/g rather than M/+ like their father. Blue marbles that are have either a gold or gold marble gene (M/g or M/Gm) look very different from M/+ blue marbles. Compare your male with these two :- 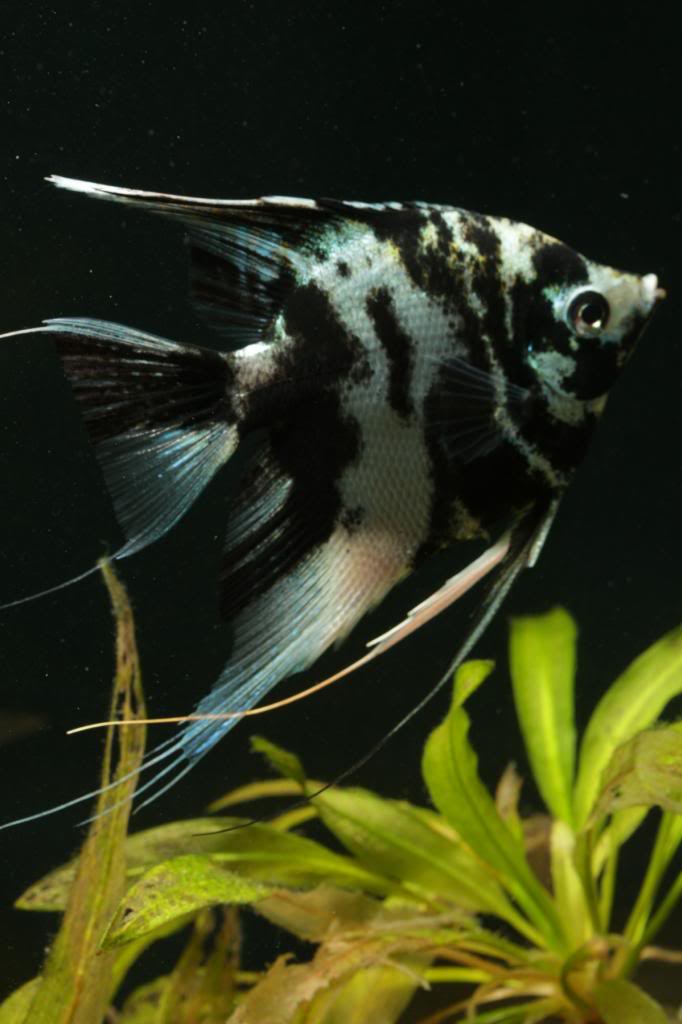 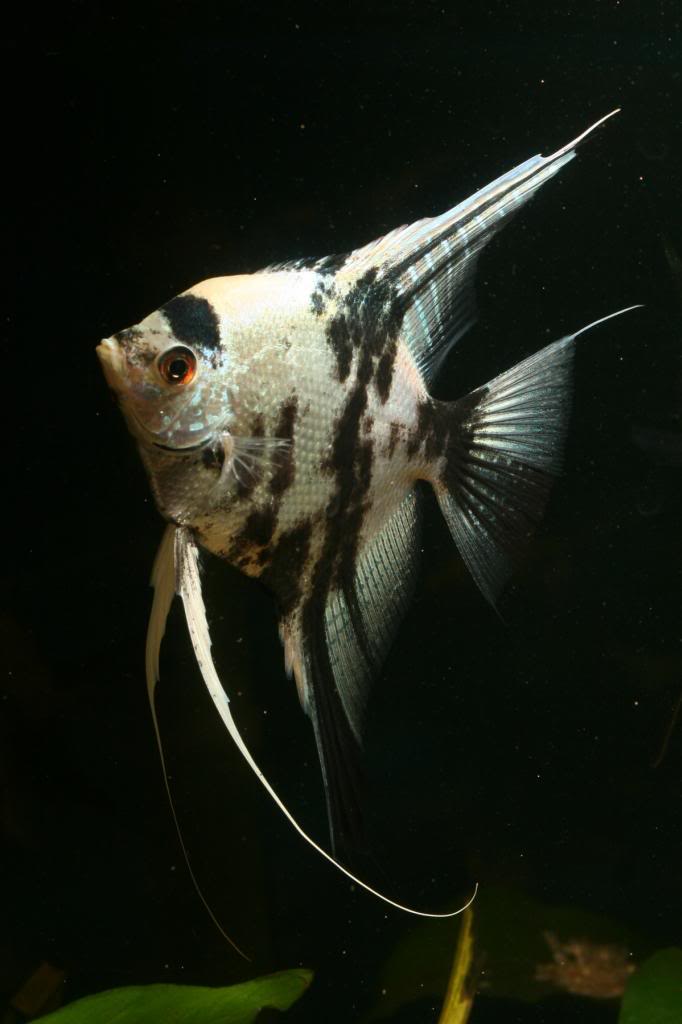 Thanks Rob, VERY Interesting, also the fact my Male fooled you lol, just shows you can't tell till the tubes are down

I'll try and get some pictures of the fry, as I'm impatient lol I'll also get a picture of Mrs Grumpy for comparison.

This is New female 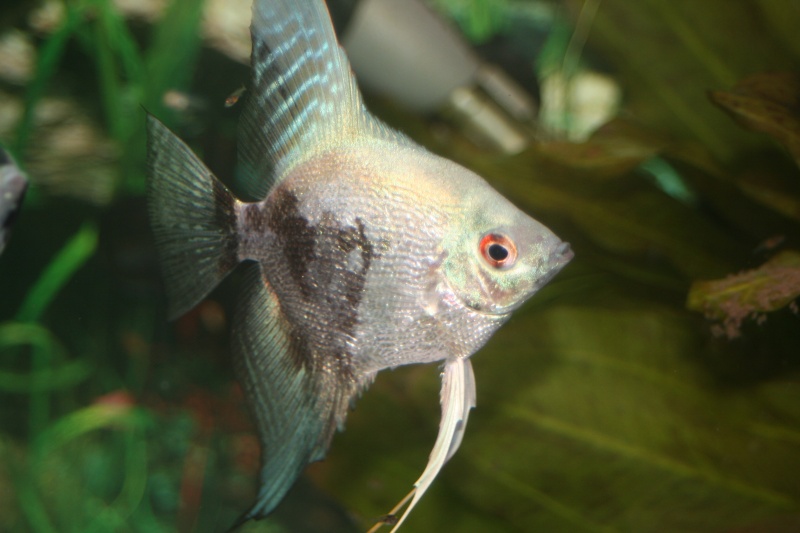 This is Mrs Grumpy 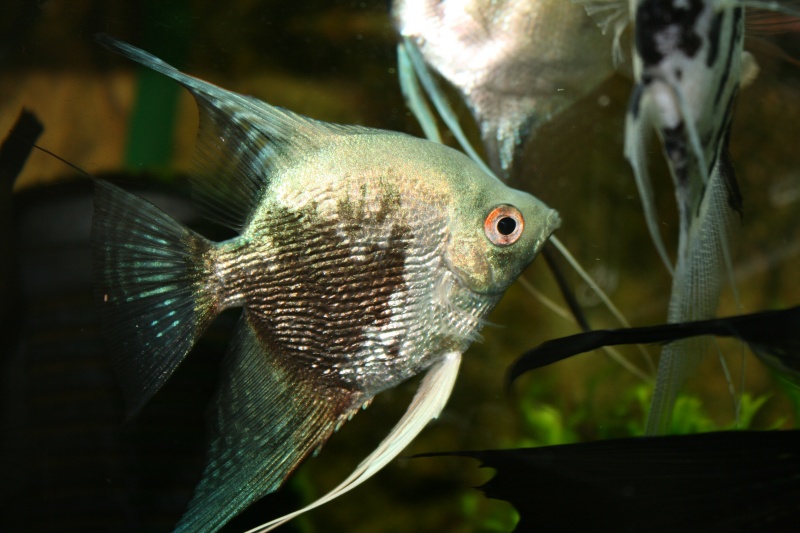 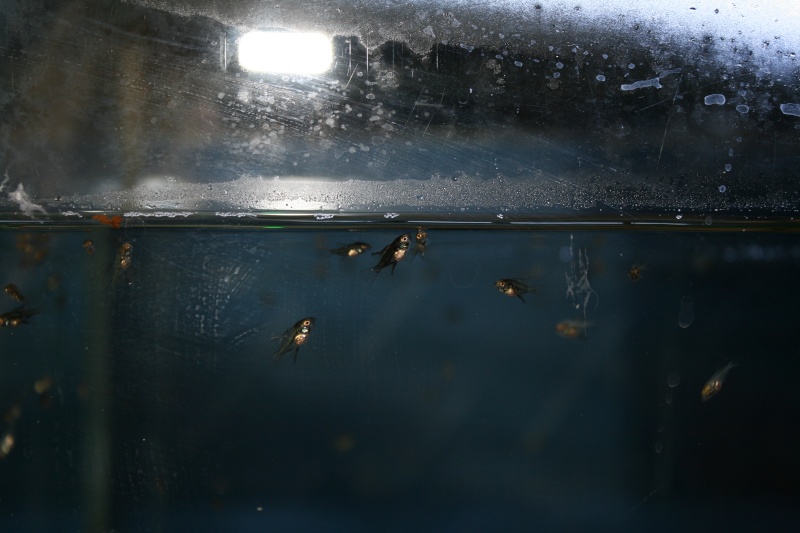 The fry are too small to call, so patience is called for!
That said, in my experience, there is a noticeable difference between blues with and without a "hidden" gold or gold marble gene. Basically, those that are +/+ tend to be darker than those that are +/g or Gm/+. Photos can be deceptive, but from the photo I'd say that the New female is almost certainly +/g or possibly Gm/+ whilst Mrs Grumpy could be +/+ and that might explain the different appearance of the fry.
_________________
Blessed are the cheesemakers!