I'd love some advice please

I'd love some advice please 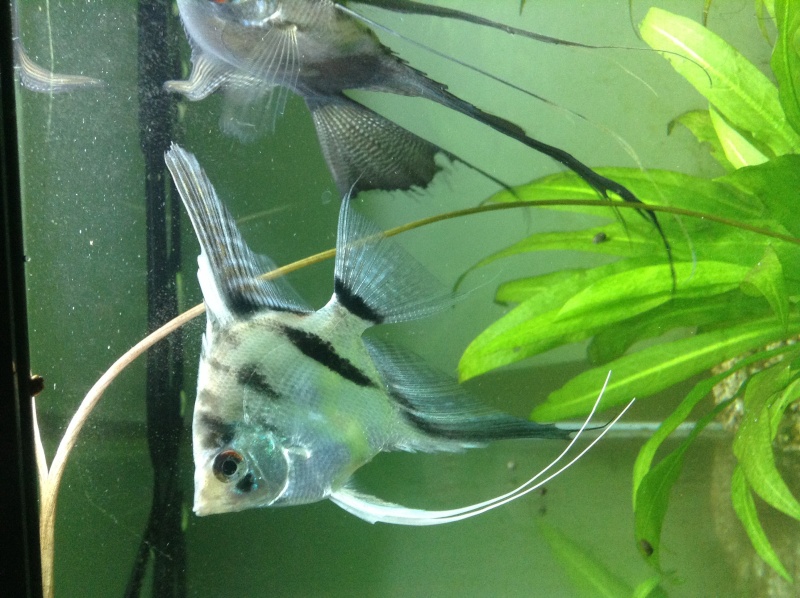 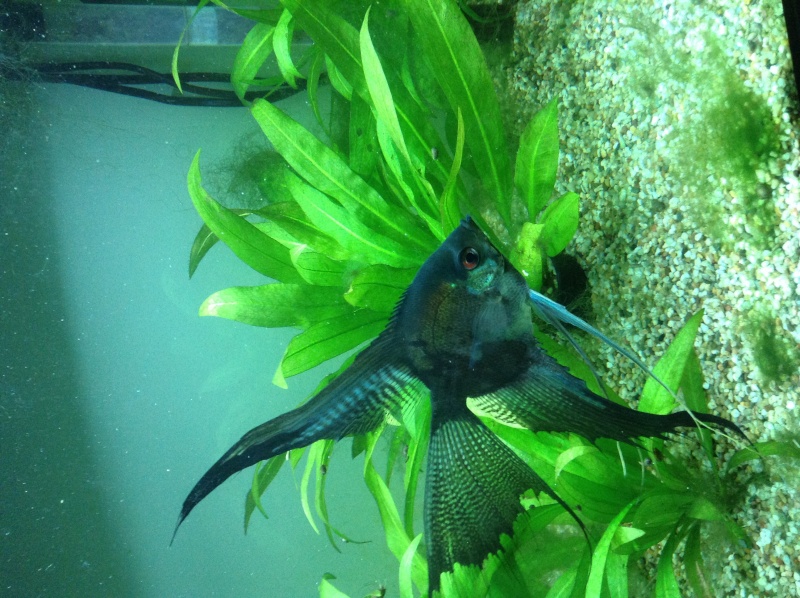 Hello. I separated these two in December after they appeared to form a pair in the community tank. The female began to drive away all the others and followed the male around. They are now in their own 100 litre tank. Since then they have had 3 spawns. Unfortunately as soon as they spawn they immediately eat them. In fact I think they eat them whilst spawning. They have not been cleaning leaves etc for 6-8 weeks

Have they lost interest?
What should I do?
Cheers
Justin

Which is the female? I'm wondering if they both are?

Personally I'd be inclined to separate them and try them with different partners. Even if they are a pair, some pairs don't seem to work out, and those sound like one of those pairs. But that doesn't mean they won't make good parents, repaired they may well learn some good habits.
_________________
Blessed are the cheesemakers!

The female is the blue ghost or at least she is the one that lays the eggs
The other one was sold to me by you as a male a year or so ago. He has turned out to be beautiful fish
What do you think his genotype is?
What would you cross him with?
I have a few smokey parabia veills, a platinum and a heterozygous blue to choose from

hopefully I was right, but I'm not infallible

He certainly looks male, but not so obviously that I'm 100% certain looking at him now.

The other one was sold ... a year or so ago....What do you think his genotype is?

That narrows things down considerably, he'll be from this batch....

so he's a A black lace ie D/+
He's a smokey Sm/+
He's a veil V/+
looks like he may have a streaked gene St/+
looks like he's got a zebra gene & has a 50% chance of having a stripeless gene, soo either Z/+ or S/Z
is het. for Philippine blue +/pb
and it turns out that one of the parents of that batch, probably dad, was carrying an albino gene, so there's a 50:50 chance of albino. +/a

What would you cross him with?

the female you have him paired with would be ideal, but since things don't seem to be working out, any of the others would produce some interesting offspring, although personally I avoid veil to veil pairings as I don't like super veils. I'd probably put him with a number of potential mates and see who he chooses. IMO there's a better chance of them parent raising if they choose their own mates.

I really appreciate you taking the time to respond so comprehensively
I have another pair in a 100 litre tank a blue male smokey and a heterozygous blue female. They have produce eggs and raised fry until they were 5 weeks old but have since gone off the boil. In all they have laid 6 times. They are still young.
Do angelfish pair for life?

The black mongrel is very beautiful. I'm sure he is a male. His tube is smaller and much narrower than the females egg tube

Do angelfish pair for life?

Rather like humans they seem rather variable, I've had pairs that I've split up into different tanks, and in some cases re-paired with a different partner, and then months later when I put them back together in a display tank full of other angels, they've rushed up to each other and immediately re-bonded. I've had other pairs in the same situation where they completely ignore each other and stick with the current partner. I've had males spawn with one female one day, and a different one the day after, and two weeks later they're back with the original partner. I've had females who happily breed with any male I put with them, and others who seem willing only to accept the one chosen male.
When it comes to parent raising I currently have two pairs together where both male & female have successfully parent raised with a different partner, and they seem happy & bonded, yet every time they spawn, the eggs go missing!

...but have since gone off the boil.

Producing eggs is quite an energy demanding process, females will often spawn several times then have a hiatus. Best thing to do is simply give them a rest in a community tank, feed them well and a few months later they'll be back in condition and ready to try again.

Simply taking the males out & swapping them over is likely to lead to conflict, ideally put them all together in a large community tank, preferably with several other angels, leave them there for at least a couple of weeks, if new pairs form, those are more likely to be a good parent raising pairing. Otherwise, remove the female to the breeding tank and let her settle for a couple of days, then introduce the male you want to pair with her when she's ideally about three days away from spawning.

I'm sure he is a male. His tube is smaller and much narrower than the females egg tube

Sounds conclusive, in which case, try feeding him up on a good rich diet before trying again, make sure he feels secure in the breeding tank, and try to ensure he can see other fish, defending a territory can often heighten the parenting instinct.

Just realised that I miss read what you are planning. It does sometimes work, especially if you thoroughly spring clean the tank before introducing them, but in general, in my experience, the real key is ensuring that the parents are relaxed and secure in their environment and with each other, catching and moving can make them more insecure. In general I put a pair in a tank and give them a couple of months, if they haven't produced anything in that time, I tend to move them out, clean the tank thoroughly, then introduce a new pair. After a couple of months I try the original pair again, either together, or with a new partner.
_________________
Blessed are the cheesemakers!

Similar topics
» Oh how I love my husband (advice on broke flowers)
» New SFG seeking Compost advice
» Nothing can separate you from the love of God
» Any advice for keeping out pests (animals)?
» Love the sun!!