Went to the lfs yesterday as the girlfriend wanted to get some angelfish, while she was doing that I was having a look around.

when I came back she had two platinum angels bagged up, they came from a tank with quite a few in there along with some other fish, cant remember what they where though.

Stupidly I never checked the fish over before she bought them.

When we got them home I noticed that one of them has a very large white patch on its side, It didnt look too bad at first as the lights where off in the tank and I could only get a glimpse of them through the bag.
Skip forward a few hours, the angels are in the tank the lights come on and I can have a better look. Straight away I dont like the look of what i see.

Both angles seem happy swimming and eating fine, no odd behaviour at all.
I had a quick look for angel disease and didn't find any thing that matches what this angel has.
I was wondering if it had been attacked while in the tank with all the other fish and its been left with a nasty mark?

The angles are both small juveniles. I've taken some pictures in the hope some one can identify what this is and what the best course of action will be.


smaller white patch on one side. 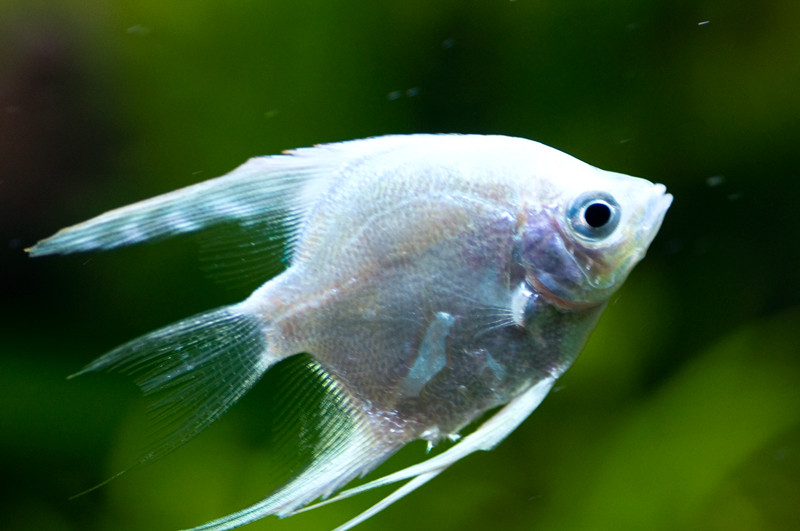 the larger patch on the other side 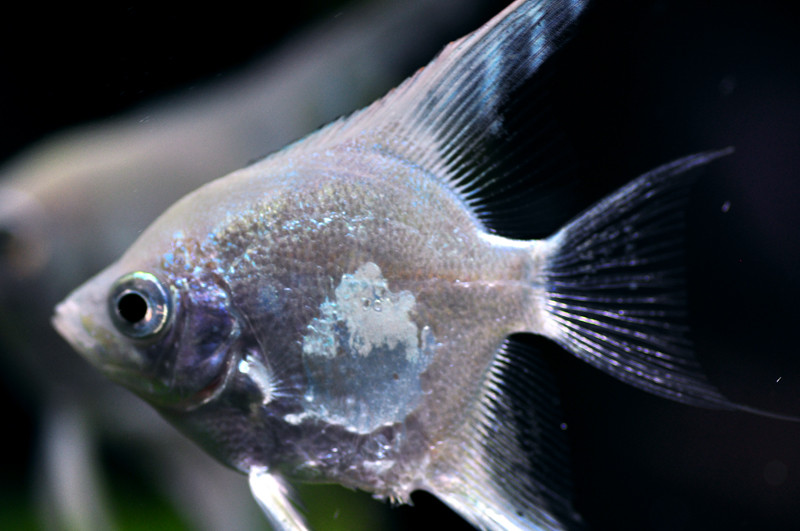 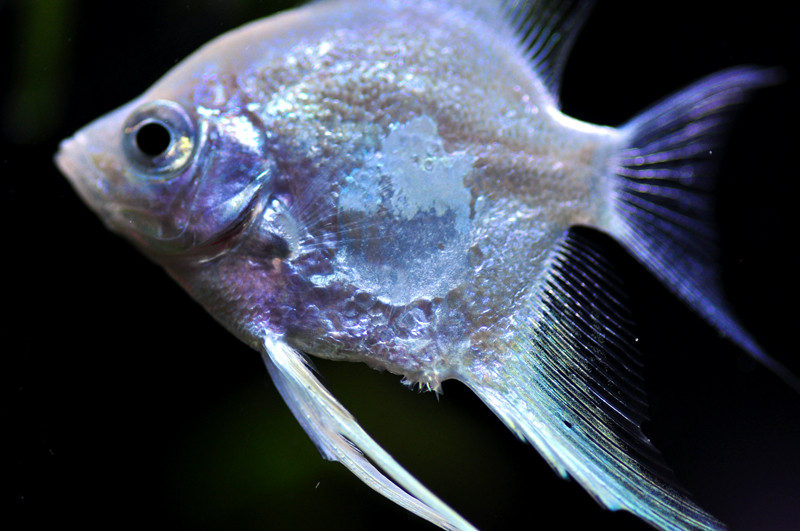 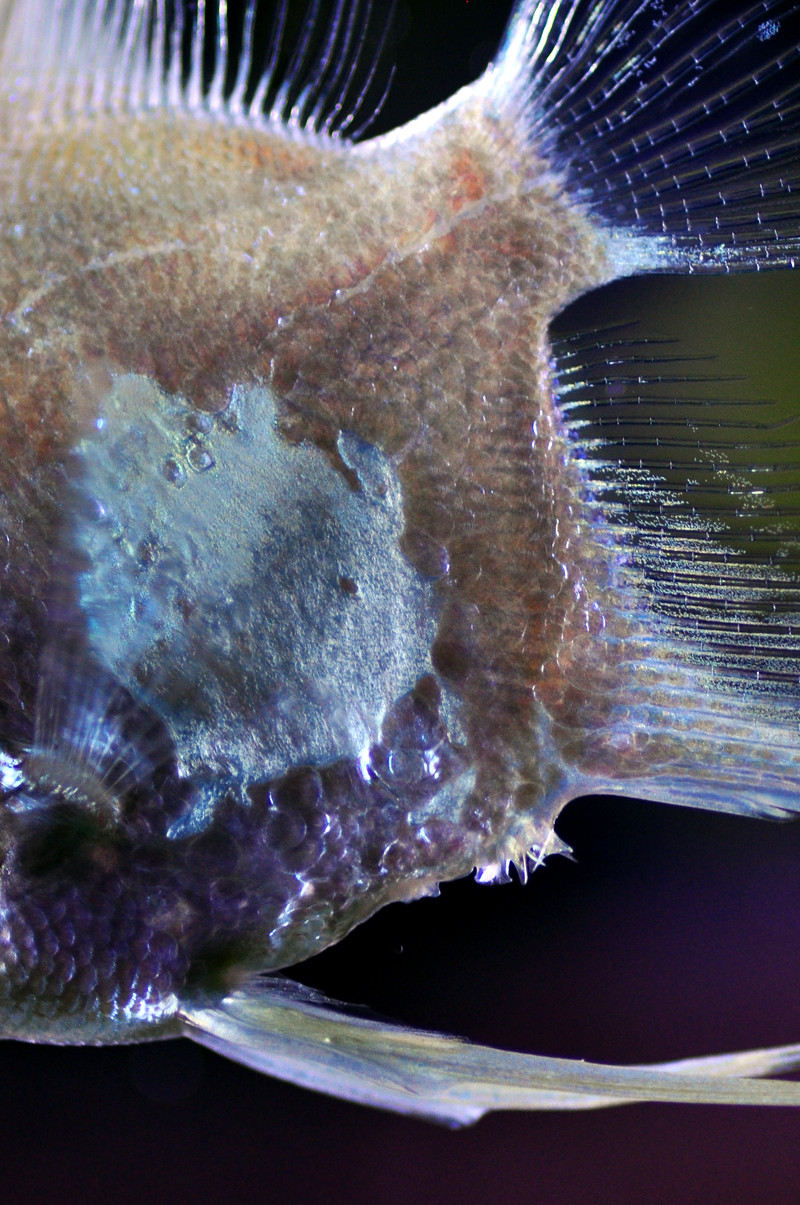 Hope some one can help.

Also I've read that it is a good idea to deworm angles?

I have some Kusuri Discus Wormer but i'm not sure whether to use it as I have some amano shrimp in the tank as well and it says it might kill them.

Any one ever used Kusuri Discus Wormer with shrimp?

Hi Ramram,
Firstly welcome to the forum, and thank you for posting such clear photos of your fish.
Ignoring the patches on the side for a moment, the first photo shows a fish that is clearly not in the best of health, it's fins are clamped, it's tail misshapen, it looks thin, and it's gills look flared.
The things emerging from the anus region appear to be intestinal worms, and all of this before we come to the most glaring flaw, the marks on the flanks. In 40 years as a retailer I've never seen anything quite like that, it looks almost as though the fish is dissolving! It might just be the result of chemical or heater burn, but frankly my advice would be to return both fish to the supplier and get your money back.
Assuming you have no other angels in the tank, I would avoid adding any replacements for at least 5 weeks, at which point I'd add no more than 2 or 3, and keep those in the tank for at least a further 2 -3 months before thinking about adding any more. If you do have any other angels in the tank, keep them under close observation for 2-3 months before adding any new angels.

I'd be very wary about using any worming product in a tank with shrimps. I'd also be wary about keeping shrimps with angels, as they are likely to end up as a tasty snack!

Hello, thank you for your reply.

I have to say i'm very disappointed not only with myself for not checking the fish over but also for the shop selling it, they are normally pretty good with the quality of their fish.

I went with Amano shrimp as they are much larger than cherries and was told they should be fine with angels?
I've also read mixed things about using dewormer with inverts, some people say its been fine while others say its killed them.

I Think i'll take your advice and see what the shop says about taking the fish back, annoyingly its closed today so will have to wait for a few days now.

Any news on the Angels?