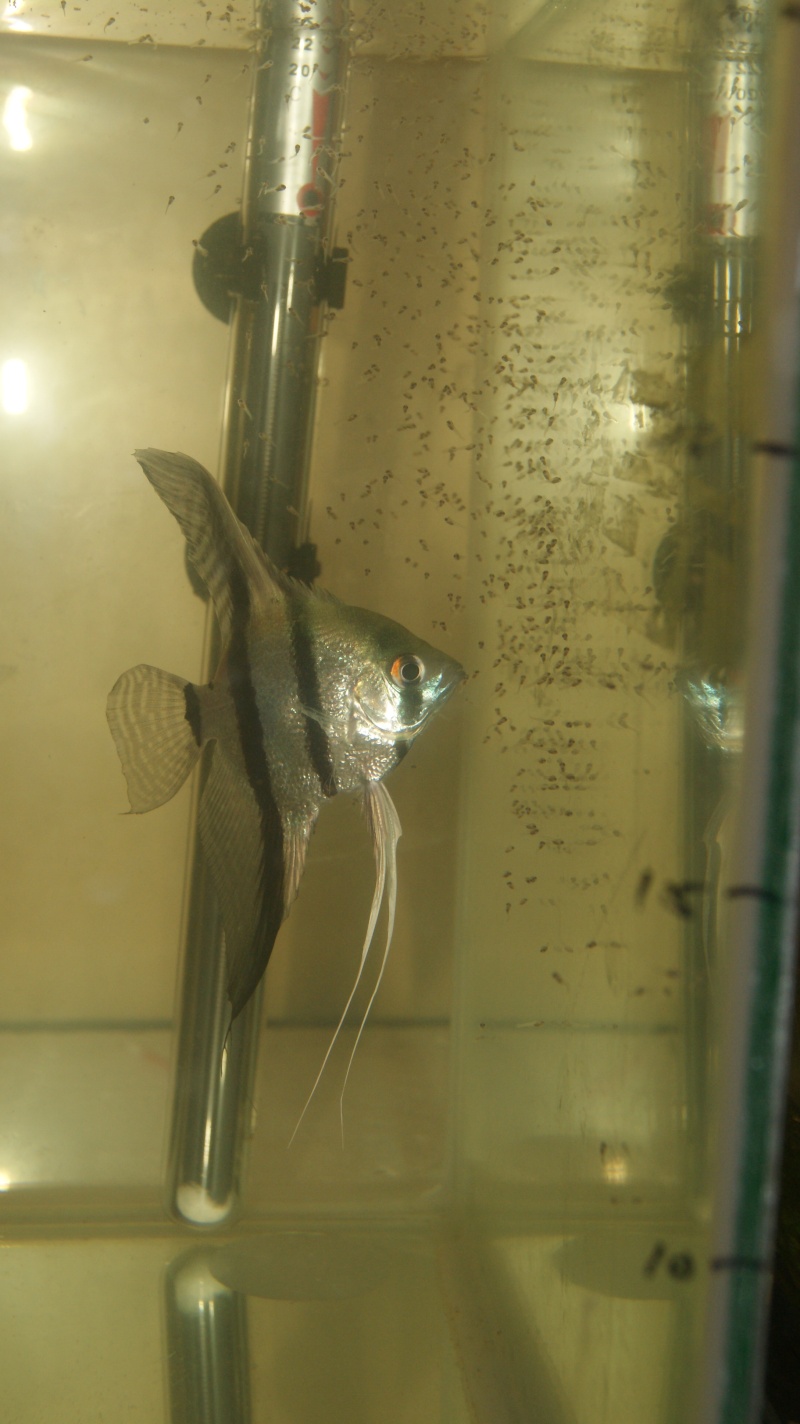 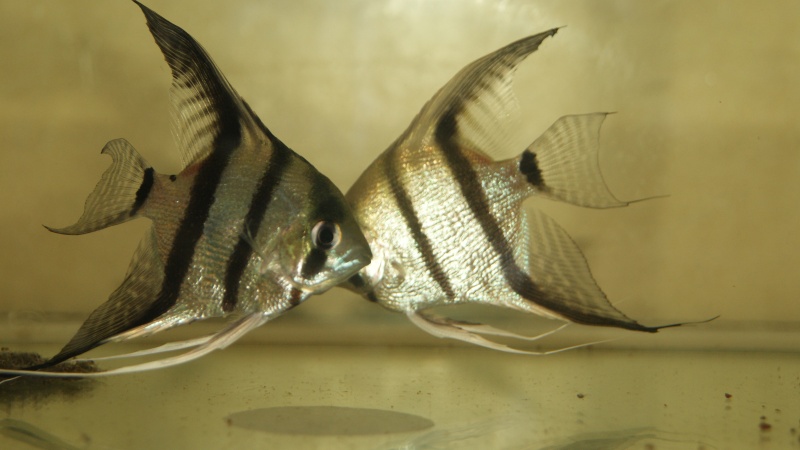 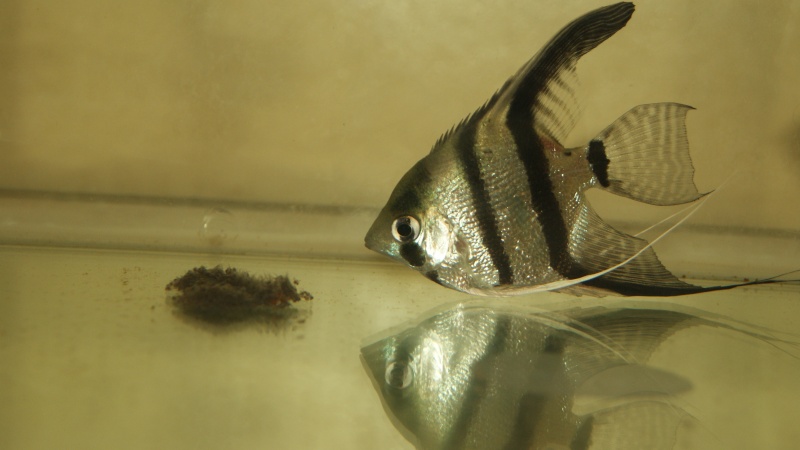 Hi keith1964
Welcome to the Forum, And your fish look to be in stunning health and the fry seem to confirm
that. Are they the only pair or have you got a fish house.
And are Angel fish as a hobby big over there.
Cheers Tony

We have Prof Dirk down here in South Africa and we have members on our local forum who are breeding as well. I had to remove the female from this tank as she became aggressive and started to attack the fry. Something might have triggered her off as most of the fry was with the male and he started taking away her batch that she had at the one end of the tank. She started to storm across to the male and just headed straight to the batch of fry he immediately attacked her and send her off. This happened a few times so I rather removed her from the tank. She displayed this behaviour with the first batch as well but eventually settled down.

I am actually breeding exotic bettas HMPK and trying to introduce this type here in South Africa as there are so few of them arround. From a pair HMPK that I had spawned now I have their fry with amazing colours who are now about 24 weeks old and now I am using them to produce more HMPK.


I was given this pair from a sponsor on our local forum who had also imported these HMPK bettas. I am now downscaling on the HMPK breeding and now my venture is Angels. I would be getting these types from our sponsor for breeding pinoy silver, pinoy platinum, zebra clown lace, koi and I will be using these types for my breeding project with the guidance of the sponsor. I would be looking at SA future angels all with blue bloodlines.

With my Angel fry I did not go with the bbs method, I have the Ocean Nutrition Brine Shrimp pallets which I used a coffee grinder and ground it into powder which I feed them 3 times a day. I am also using other foods like New Life Spectrum Food and Serra Discus Pallets.

Hi keith1964
Never fed fry as you do with Ocean Nutrition Brine Shrimp pallets which you used a coffee grinder and ground it into powder = seams a Very good way of doing the feed, might try that myself. Does it work well.
Cheers Tony

How I feed the fry the crushed powder food, I would insert into a syringe and extract tank water. I would shack the contents and then spray into the direction of the fry and mix with the water column. I have been doing this since they became swimming. Unfortunately I have to clean the surface of the tank regularily with a sponge.

Hi Keith
Would it not be easyer To soak decapsulated brine shrimp in there own tank water
And feed with your syringe,
Cheers Tony

Do you use decapsulated brine shrimp and how do you go about this process?

Hi Keith
The best food is to hatch live brine shrimp, But next best is decapsulated shrimp.
Fined the best priced b/s on say Ebay or local shop, Then get a plastic jug with anough
water to soak the b/s for 15 minutes then feed by pooring into the tank or tanks, or use
your syringe to drop into the fry.
Cheers Tony

How do you go about the decapsulated shrimp?

Because here in South Africa the process method is as follows:

1 hour in 250ml water, then add 150ml bleach for 15min, rinse well off, then add 250ml water with 150ml white vinger once completed rins off well. Add 2L water to bottle and add bbs and aeration for 10hours.

Hi Keith
You just buy of ebay decapsulated shrimp. that is a shrimp that has had the shell removed
And is not hatchable, just put some aquarium water in a jug put about one level quarter teaspoon of eggs to
soak for ten / fifteen minuts then pour all over the tank twice a day that is all i do.
Cheers Tony

Hi Keith
Sounds like it is coming together for you,
Cheers Tony

They are all sent to a warehouse to grow out and off to be sold.

Are growing well only feeding them fine grounded powder food, mixture of Serra Discus Pallets; Ocean Nutrition Bloodworm Pallets and NLS Pallets. No newly hatched bbs fed and still fry has grown at an alarming rate by feeding the powder food with water changes and feeding them 3 times a day.

Fourth Batch of eggs where eaten

With each batch of fry parents used different spawning substrates like the glass surface; large sponge filter and lately under ground filter laid eggs inside the grooves which made the flow of clean water and fanning the eggs easier.