Some years ago I set-up a fish house in my parents garden, I have since moved into my own place which unfortunately doesn't have a garden making the fish house surplus to requirements. The fish house originally came from Tim Addis, which I acquired from him after he upgraded his fish house to a bigger one. I haven't had the fish house running for the past few years due to being away at university. I had always intended to move the fish house to my new place once I was able to but this isn't an option now.

I am therefore having to sell my COMPLETE FISH HOUSE - tanks, racks, air pump, tubing, everything must go including the fish house itself.

The fish house is a 8' x 5'4" shed with a tapered roof made of polycarbonate which allows the sun to provide all the heat needed during the summer months and then some. There are two sun shades also which help stop it over heating on the hottest days. The shed sits on house bricks on a concrete layer (not provided

). It is insulated by 3" thick triple layered polystyrene panels. Here is an image of the outside of the shed: 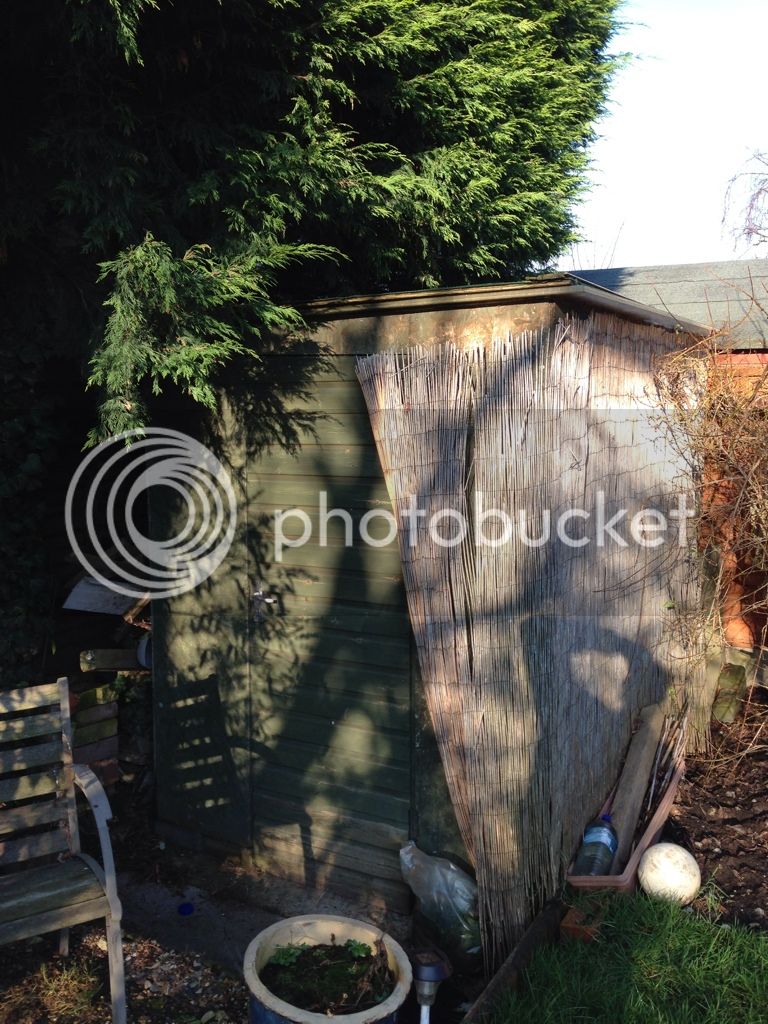 There are currently 9 tanks still in the fish house measuring 24"x15"x12" enough to fill one half of the fish house. I have divided 1 in half and 2 into thirds using polycarbonate dividers and silicon which could be removed easily.

There is one Yamitsu PL50 Air-Pump capable of supplying air to the entire fish house even when full of tanks.

There is hand-made wooden racking which can support 9 of the above tanks filling one half of the fish house. As can be seen in this image (excuse the bikes): 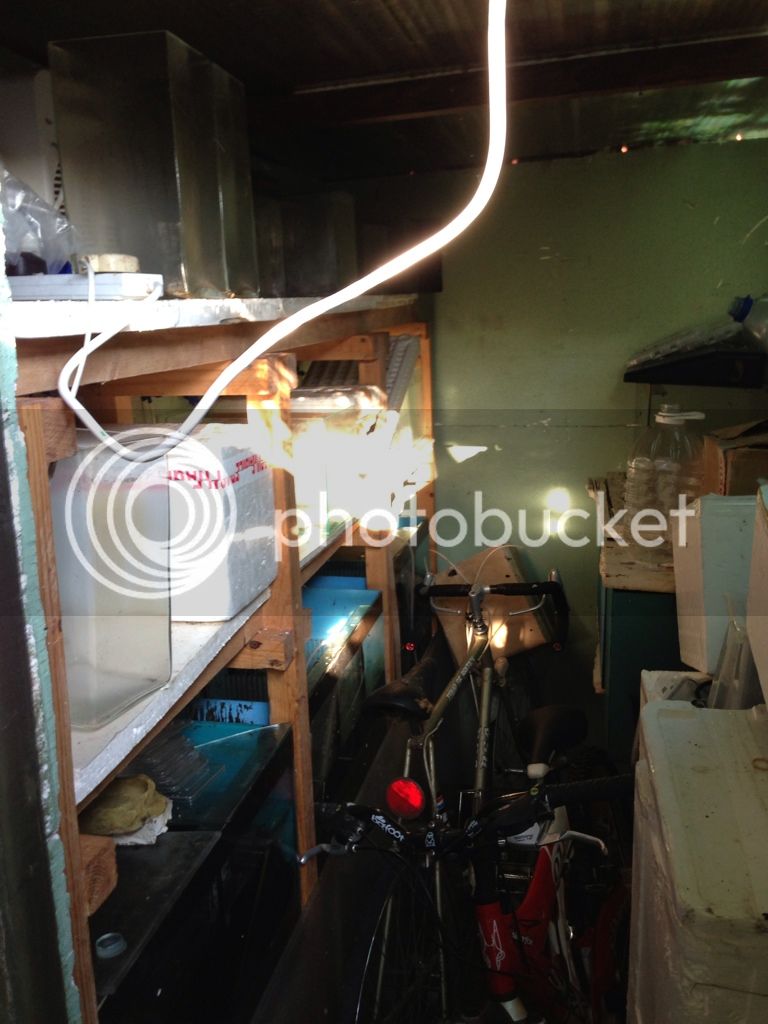 As you can see it has become more of a storage space rather than a fish house.

As it has not been running for some years now there will be some work needed to make it run efficiently as a fish house again.

All items will be collection only from near Solihull (West Midlands) with the shed requiring a large van or trailer to be moved. Can be sold as a job lot or be broken down into smaller parts although everything inside must go before the shed can be dismantled.

For further information and prices please private message me - Serious interest only please!