I have a few paraibas now, but this one really stands out as it has, what I can only describe as, a very smooth metallic texture to the skin, making it more reflective than any others I currently have. Because of this I named it "Sheena" but then discovered that she was a he, so he now goes by the name of Barry (Sheen) 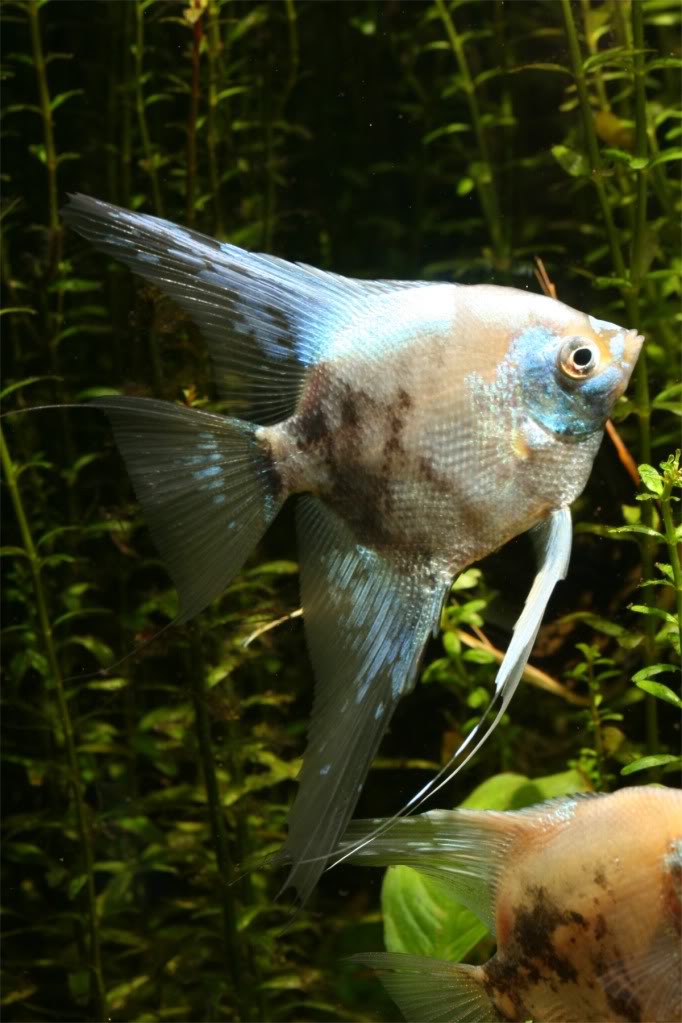 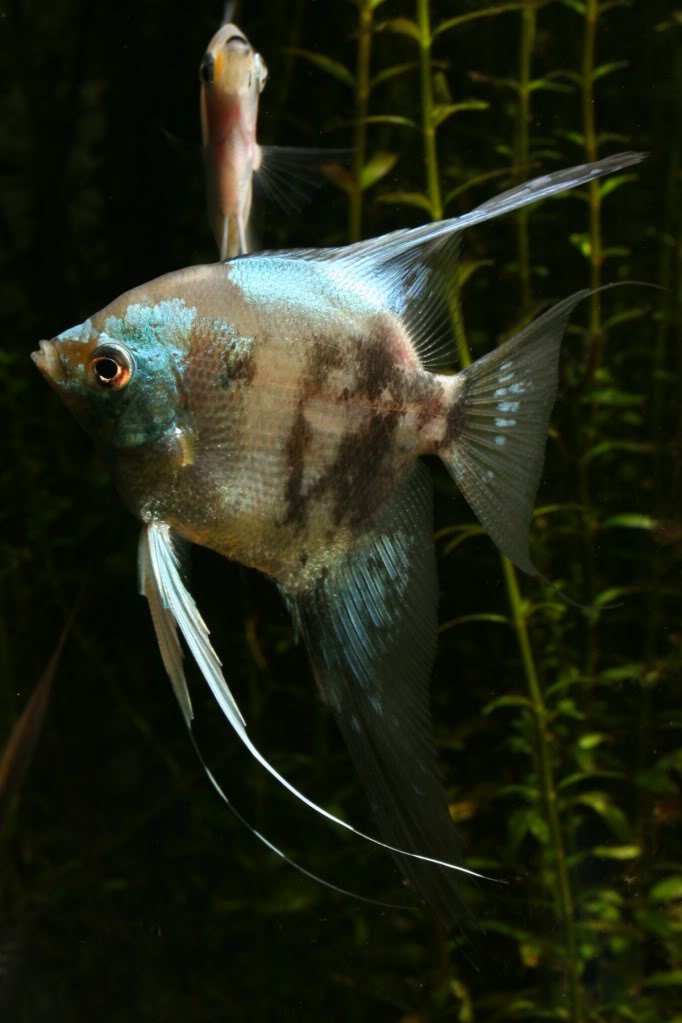 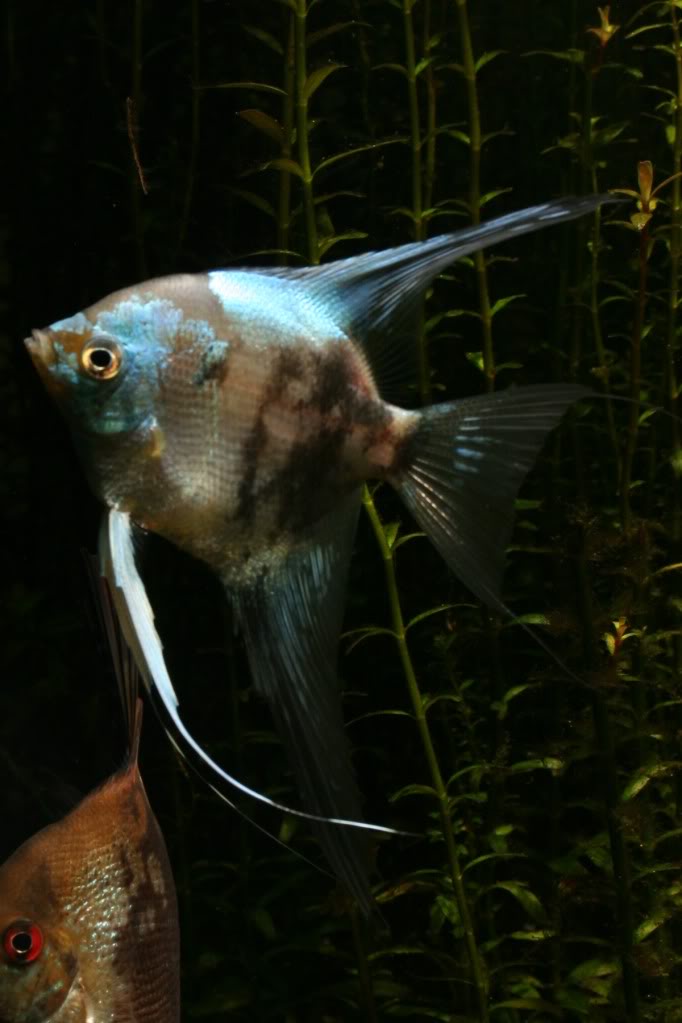 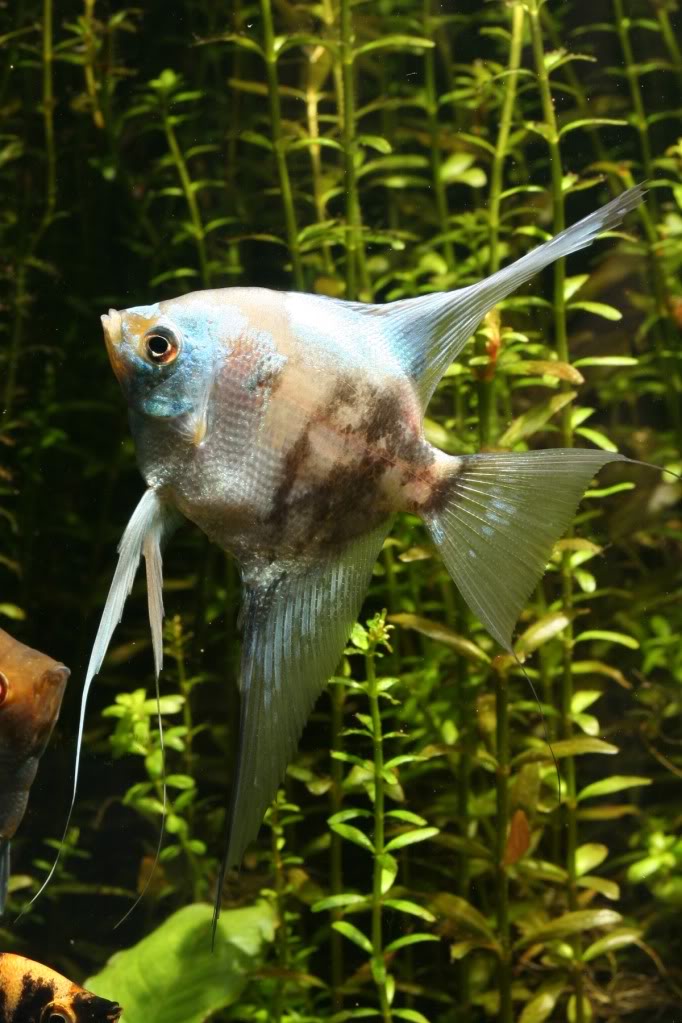 Barry isn't a pearlscale, but his brother is, personally I'm not a fan of pearlscale, but I can understand why others like it, he also has too much of a "hump" for my tastes, but I love his fins, you can see Barry in the background in this shot 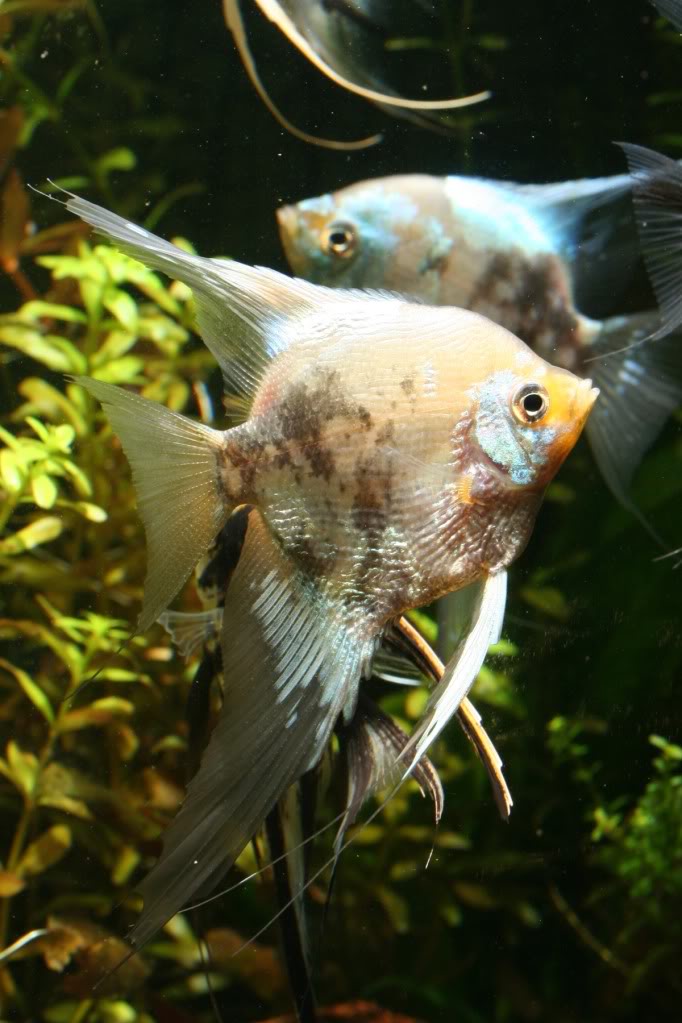 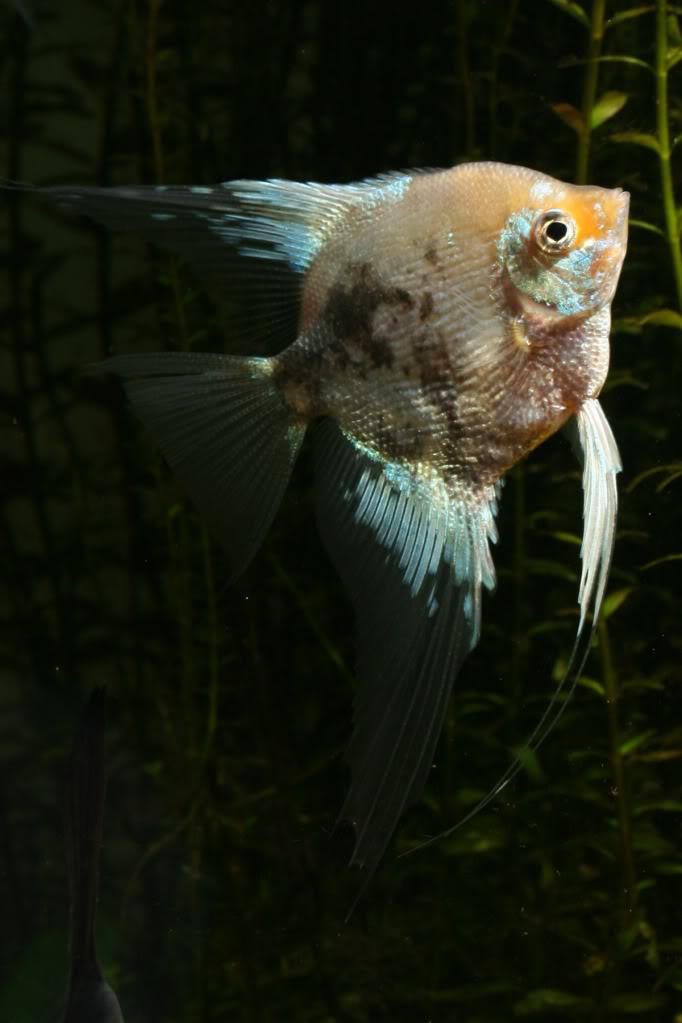 You are making me so jealous. What a handsome fella.