Looking for the Paraiba

Looking for the Paraiba 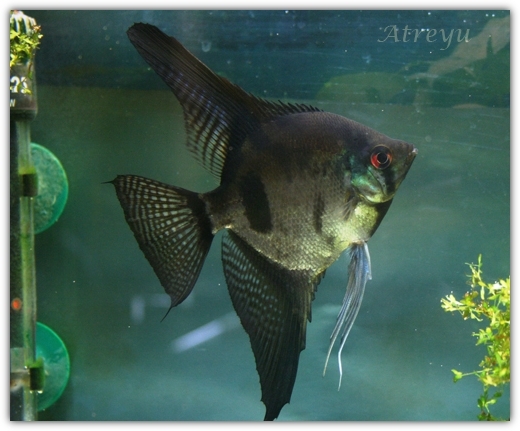 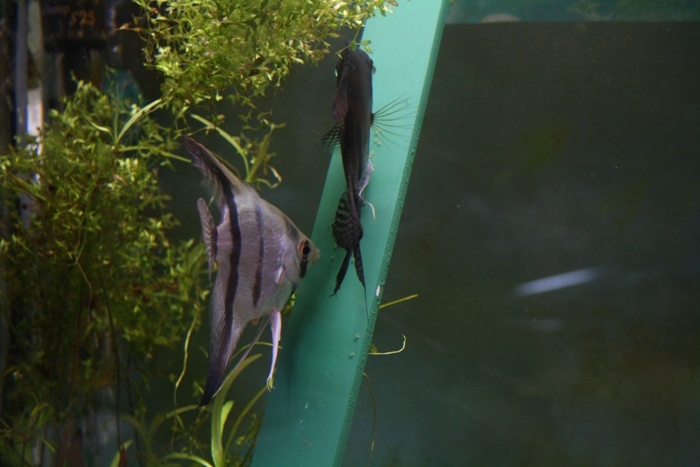 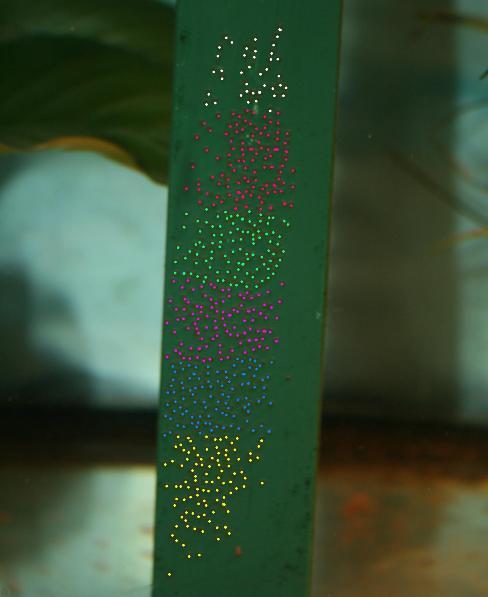 Google translator
Well colleagues, I start this thread to be commenting on the breeding and fattening fry my last search genotype "Paraiba".

A few months ago I started the union of a Black Ghost (male) with a Silver Blue (female). The result about 40 fry bearing a representation of different genotypes.

The time of release:

Although the setting was large, not just resulted in the number of births, water conditions in my area have a successful reproductions prevent further attached to the problems that may arise from parental elected.

Today exactly one month of the birth of the fry ago. 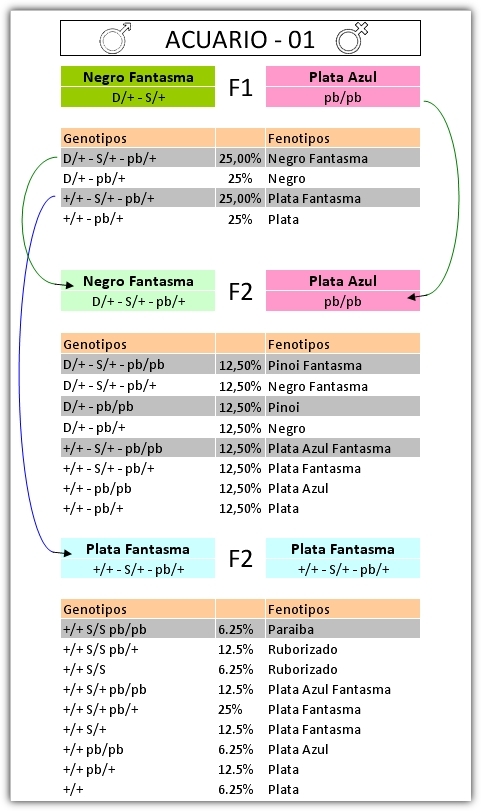 Google translator
The result of this union the following genotypes should appear:

Once adults carried my idea is to unite in a subsequent reproduction to the copies obtained for genetic lines I want.

qué otros cruces va a tratar avec F2's?
What other crosses will you try with F2's? 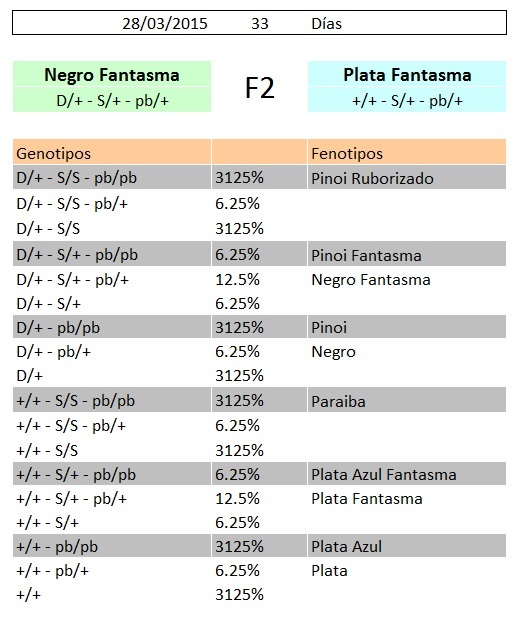 In this way would result in one-time and Paraiba and Pinoi, but that if halving the percentage obtained, perhaps in case of lack of space you have to think about doing so.

Good luck with your project Atreyu. Although I often find that it's not the fish you're aiming for that catch the eye, but some of the incidental by-products!
_________________
Blessed are the cheesemakers!

In fact this last combination the "Paraiba" that would obtain the 3.125%, although with other interesting varieties. F2 with "+ / S - pb / +" double copies 6.25% would be obtained, and therefore a greater chance of success.

I update the topic, youth and have 38 days from birth. In the video we see the phenotypes appeared, including the Black Ghost and the Silver Ghost, both carry the gene Philippine Blue and shall be fattening to take the next reproductive online.

Upload some pictures of the four lines obtained with the crossing: 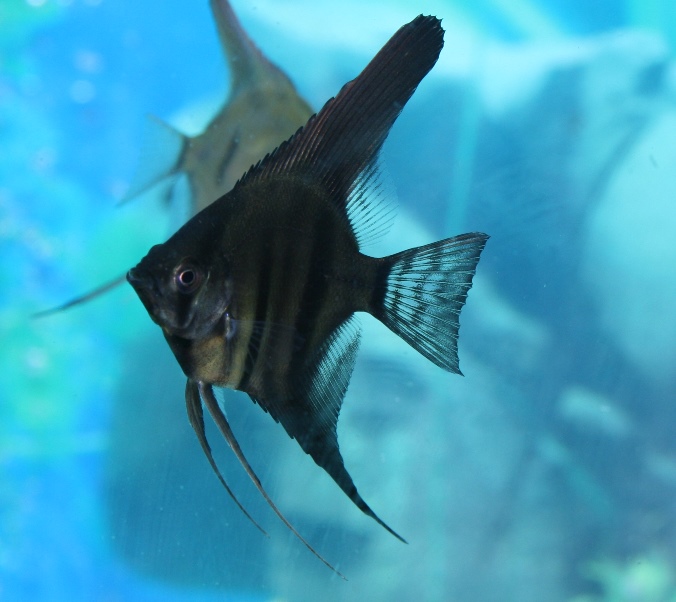 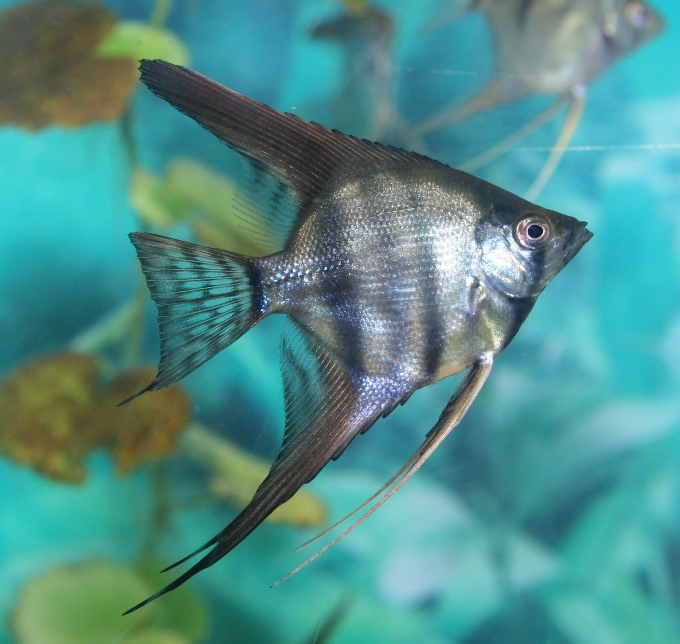 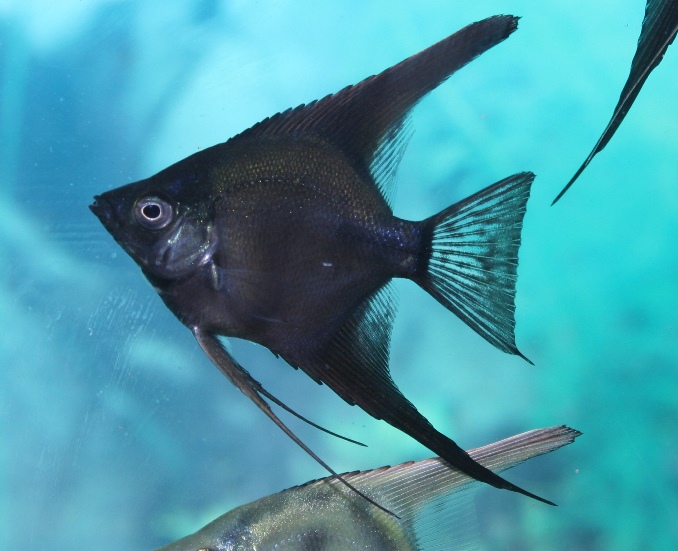 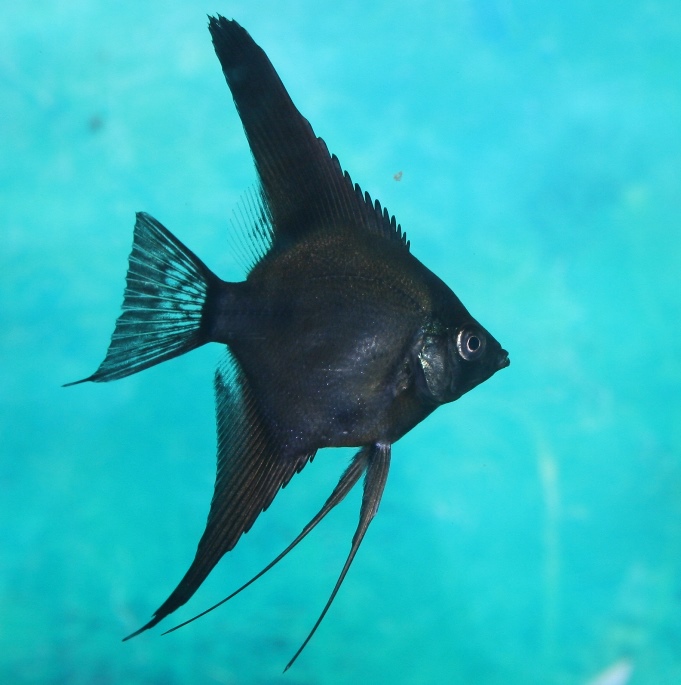 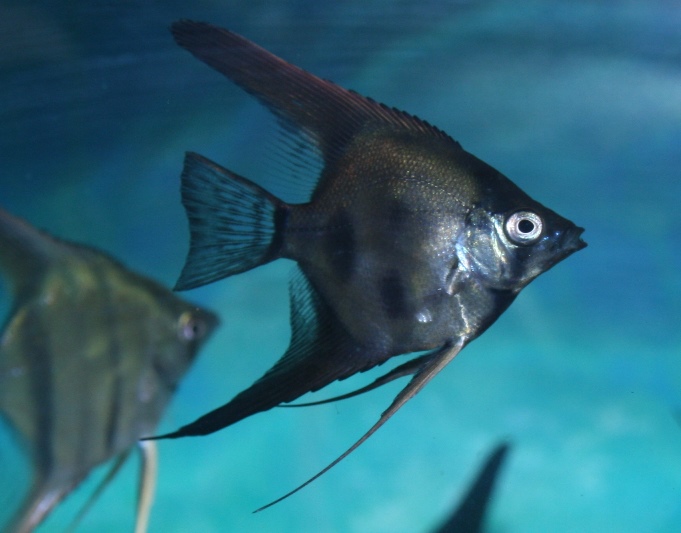 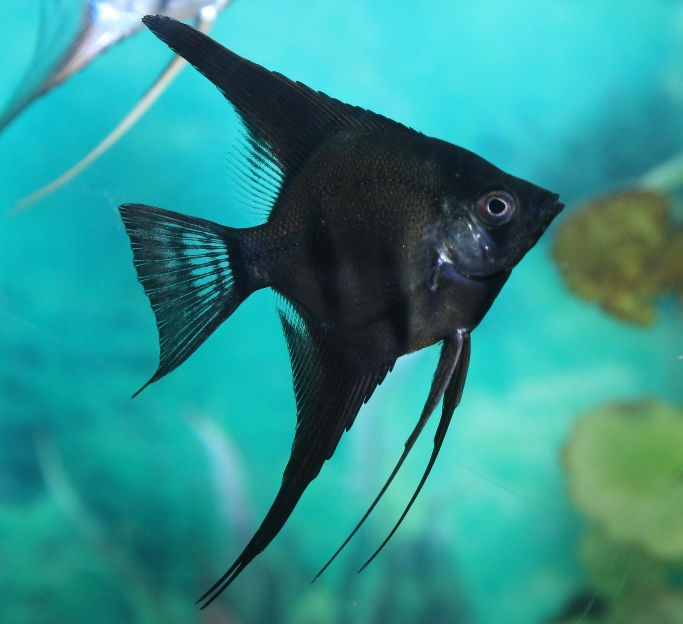 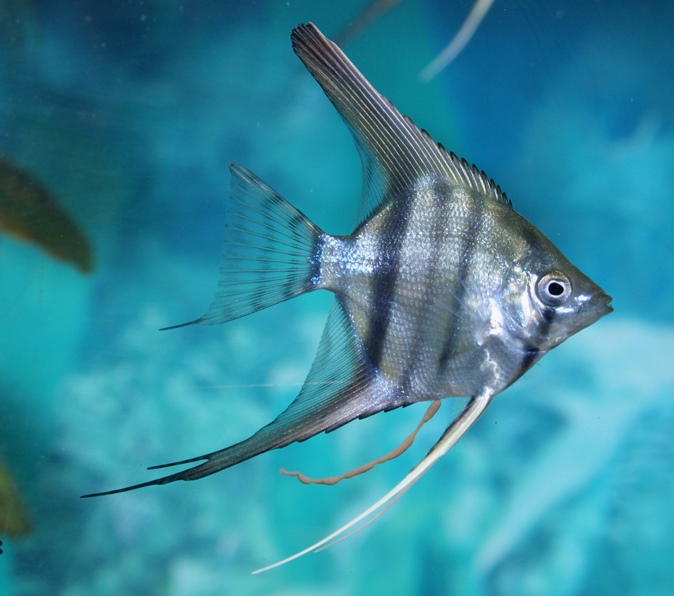 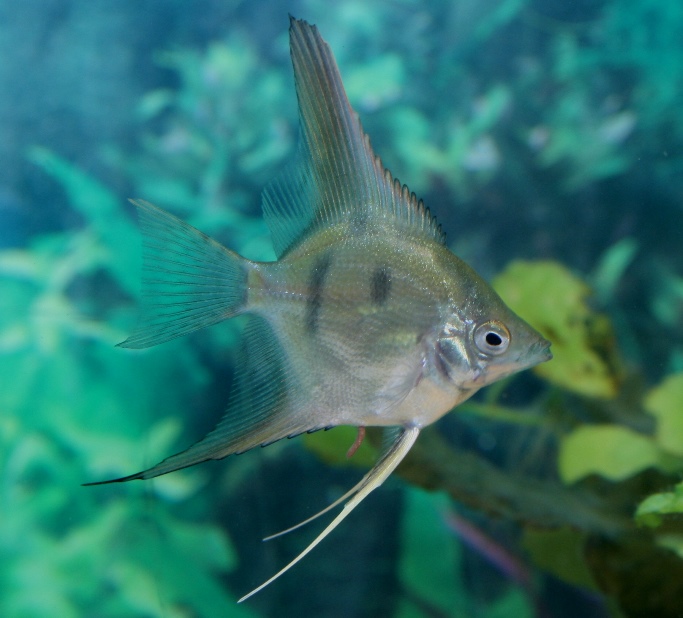 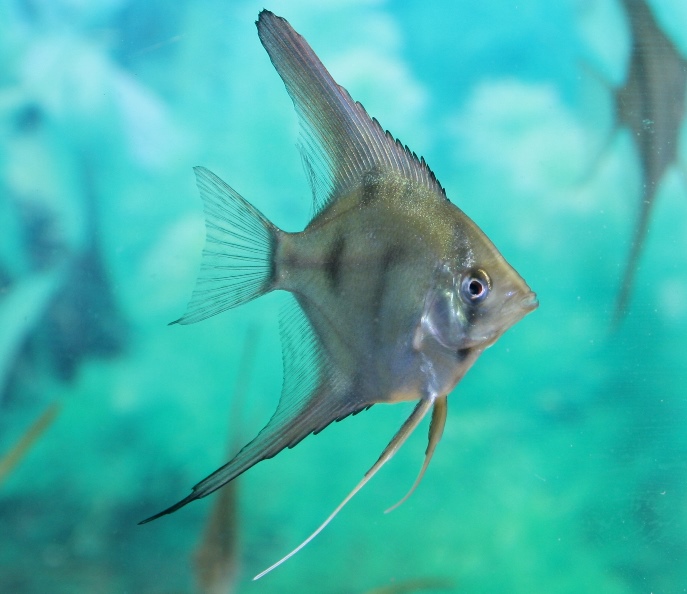 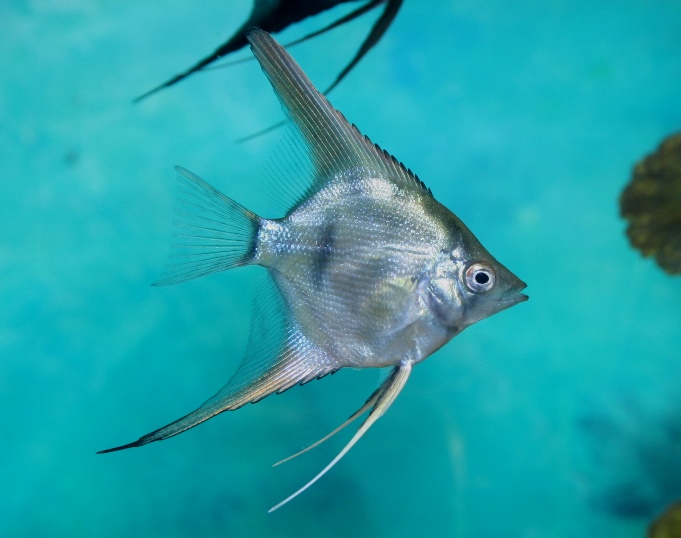 Google translator
When I observe and seek to capture photos of their variations, as sometimes it surprises me something that I have never considered.

Following particularly the Black Ghost, what makes these show a different pattern ?. Why they have a completely clean body stripes ?, Why others present the typical "Spotted" ?, and other sectioned strips ?, being all carriers D / + - S / +

I'm afraid google isn't translating your question clearly.
Ghosts are often have some random black blotches and, in my experience, black fish tend to have more of them than is the case for silver ghosts.
_________________
Blessed are the cheesemakers!

* 50% - half of these are a/+ and the other half will actually be +/a
The 'Wild' allele in a/+ or +/a is enough to enable the production of melanin, so the albino doesn't show up, but they are carriers.

- I have a batch of white gold marble ghosts, they all show unique patterns (variety).

Although there is variety within het, the 'switch' controls a specific circuit, which would explain why the dark patches only appear in certain places, for example, where the stripes would have been anyway. So, although there is a switch, there is still a 'framework' / circuit or rules, which govern the development of the fish. If there were no rules we'd end up with fish with 5 tails and 3 heads. That's my thinking around it.

Google trasnlator
Thanks Pterophyllum and Deans.

I like the reasoning of Deans. Even comparable to other genes that may occur in our Angelfish.

In this case we can conclude that the presence of a gene or other "+" or "S" is determined by the dominance of a gene or another and that each fish will vary depending on their own genetic characteristics.

It's not as simple as just dominant OR recessive.
When the alleles are the same. for example +/+ or g/g there is no argument between the alleles, they are what they are.

When the alleles are not the same, the alleles interact with each other which results in either:

a) Complete Dominance
An example cross is (+/+) x (g/g) [silver x gold] where all the young will be het for the g allele, but the phenotype (what they look like) will be wild silvers. Therefore the wild allele (+) is dominant to the gold allele (g) AND of course, the gold allele is recessive to the wild (+) allele.

b) Incomplete Dominance
An example of this is a dark blue flower crossed with a white flower, with the result of a light blue flower.
So this is when the phenotype (what it looks like) is a new merged version of both the parents.

c) Co-dominance
An example of this is a dark blue flower crossed with a white flower, with the result of a dark blue and white flower.
So this is when the phenotype (what it looks like) is like both the parents, in different parts.

Environmental factors play a part too, sometimes you can change the colour of a flower, depending on the pH of the soil it is grown in.