I'm wondering what Angel I have here..? 75% sure she's female, but obviously this isn't guaranteed till spawning!
She has some blue on her but its hard to catch this on the camera! 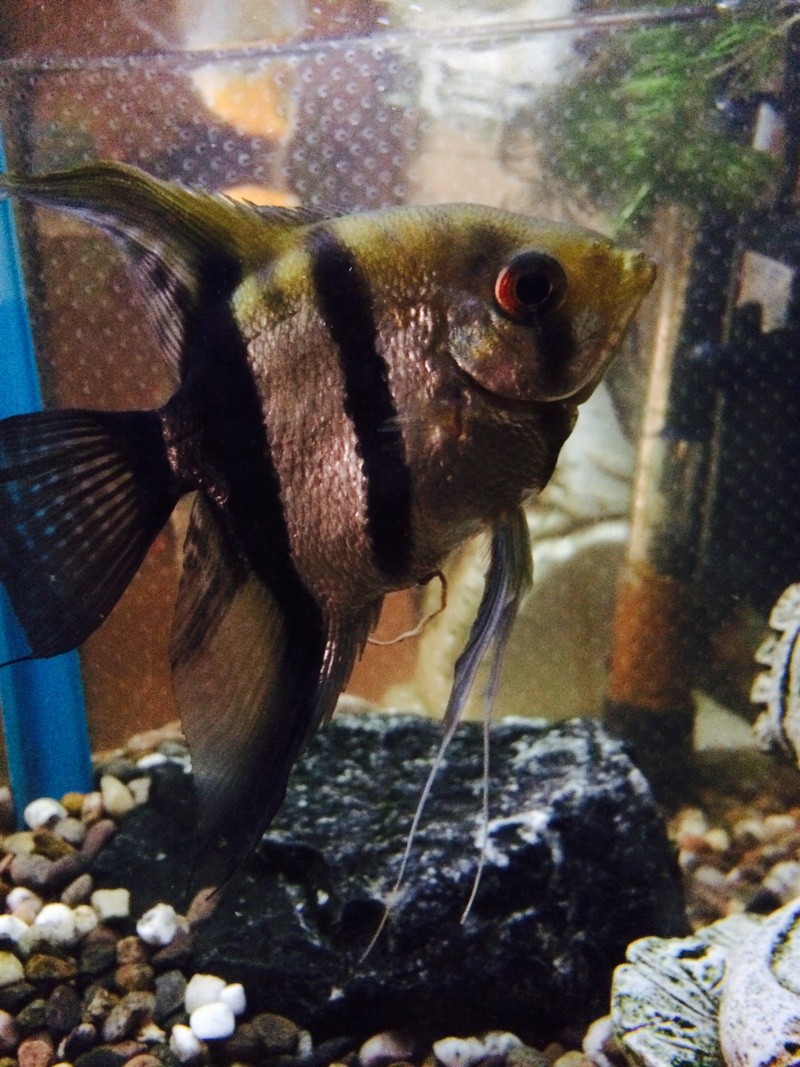 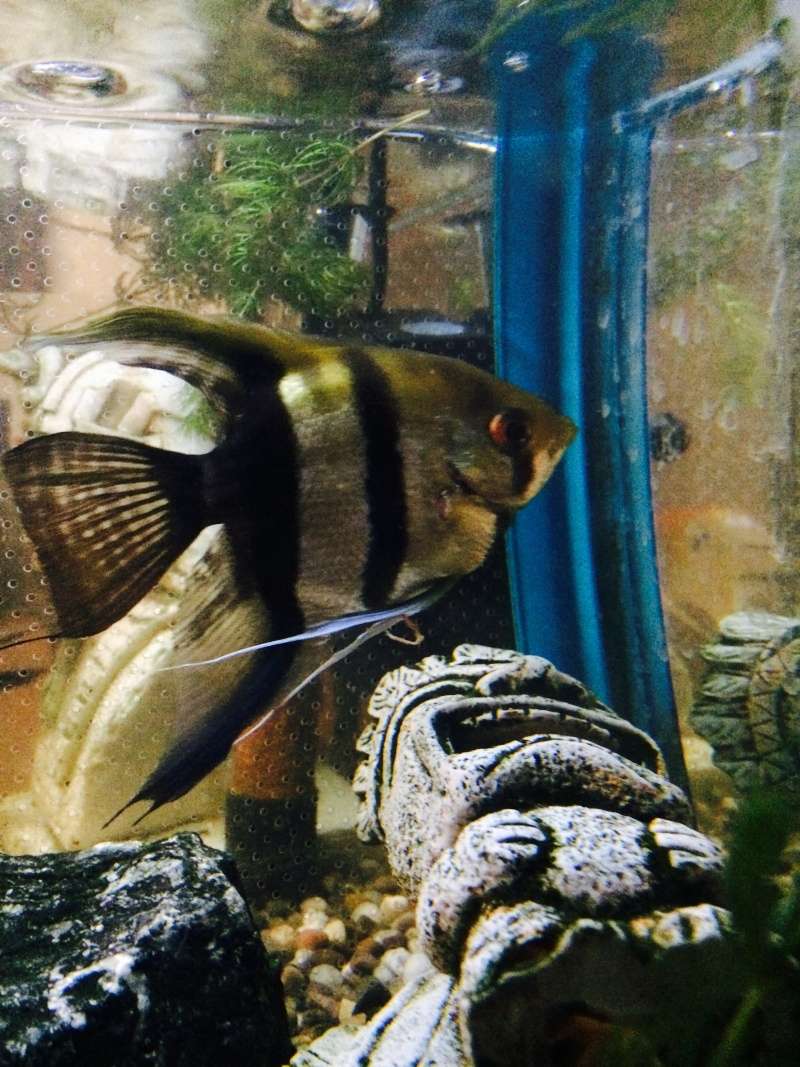 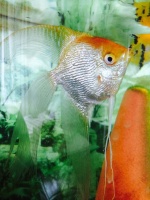 Half black is a slightly problematic variety in that it results from a recessive gene, but environmental, and possibly other genetic influences too, cause a fish that's genetically half black to develop as a normal silver, or only partially express. 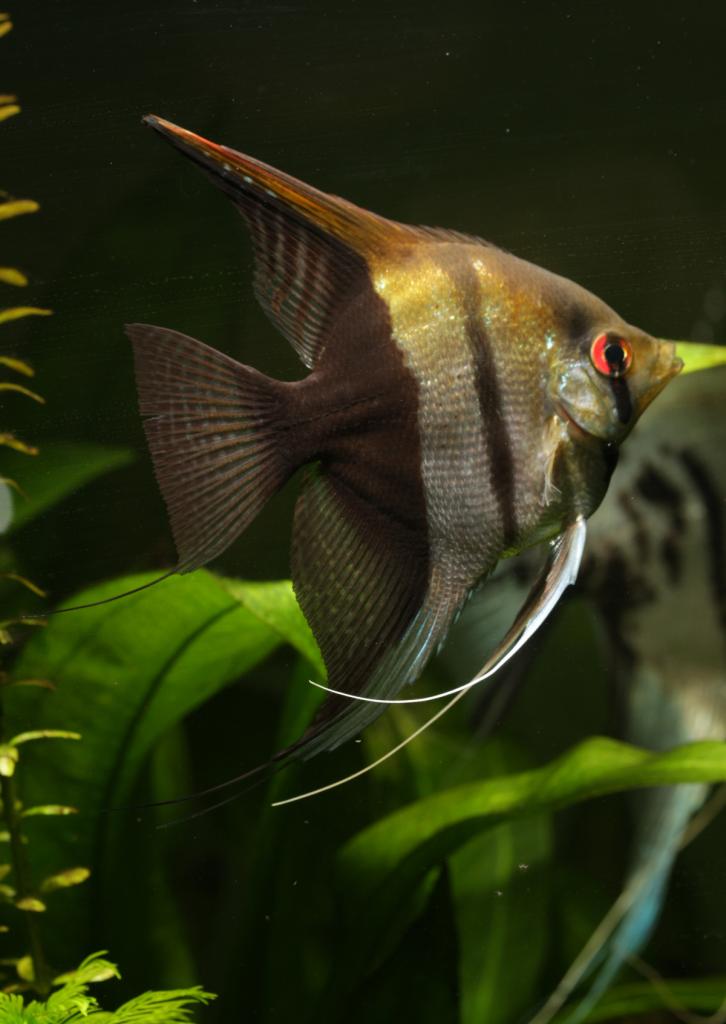 Of course, the Half Black and Wild Silver traits aren't mutually exclusive, so it's not one or the other, but likely a combination of both: a Silver Half Black, which genetics calculators tend to describe as just 'Half Black'.

Personally, I think Wild Half Black is more descriptive

obviously wildreddeer is the man for sexing accurately but I keep looking at the first photo and can't help thinking it looks like a male to me. There looks to be the beginnings of a nuchal hump growing

Hard to tell, but following visual guidelines I came to the same conclusion Akasha, that it's a male angelfish.

Knowing nothing about the parents, broadly speaking, there's a 12.5% chance ( 1 in 8 ) it's a male and homozygous halfblack.

Sorry if I'm the tiding of bad news but you have a fine looking male there.

Is where I have posted guidance for sexing Angels. It might seem a bit complicated at first but give it time and you will find it very straight forward.

You won't see much of me on the forum, as due to health I had to pack it all in. But I just can't let it go. So hence I'm still around.

Good luck with your Angels.