Did their red 'snouts' clear up?

The red has reduced on all, and on many of them it's gone completely, but some still show some signs of it.

If you look at the most recent photos I posted, you can still see it in the first & third photos, but not in the second and 4th.

Red snouts, especially when associated with redness at the edge of the fins can be a sign of septicemia, but I've also had light coloured fish, such as golds, which have lived happily for years with redness on their snouts. Since septicemia usually kills within days, clearly that's not the issue with these, but the fact that it's clearing does suggest that it's not 100% normal. On the other hand, since the fish are active, feeding & growing well, and the issue seems to be reducing rather than spreading, it's not something I'm too worried about, just something to keep an eye on.

Congratulations on getting yours, where did you find them?

I can't wait to see them in the morning in better light!

I'd never seen redness around the mouth of a fish and it was evident in the batch I looked at today, it made me avoid picking those showing signs of it, just gut feeling. They were advertised as first uk import and I just liked how they presented themselves (if that makes sense) - unlike many other angelfish I have seen, which seem almost apologetic!

I have been looking for some new fish for a while and found these in Bradford, West Yorkshire (Not sure if I'm allowed to mention the actual shop, because I haven't read the forum rules word for word, ha ha). It was by chance really, well I say chance, actually, it's down to a lot of my hard weekend work 'touring' aquatic / pet / garden centres for angelfish.

In the picture, the lightest angel is at the back of the tank, that one has a bit of a snout and is the largest at about 2" body. The other 5 are more regular at 1"+.

(Not sure if I'm allowed to mention the actual shop, because I haven't read the forum rules word for word, ha ha)

Names are fine, so long as what you have to say isn't likely to be considered libelous.

I just liked how they presented themselves (if that makes sense) - unlike many other angelfish I have seen, which seem almost apologetic!

Perfect sense, Raiko's fish are are aquatic aristocrats and they swim with the confidence that comes from good breeding!

Congratulations on getting yours, where did you find them?

True and nice to see pictures of the parents in this thread too.

Just a couple more photos, they're starting to get belligerent with each other now ;- 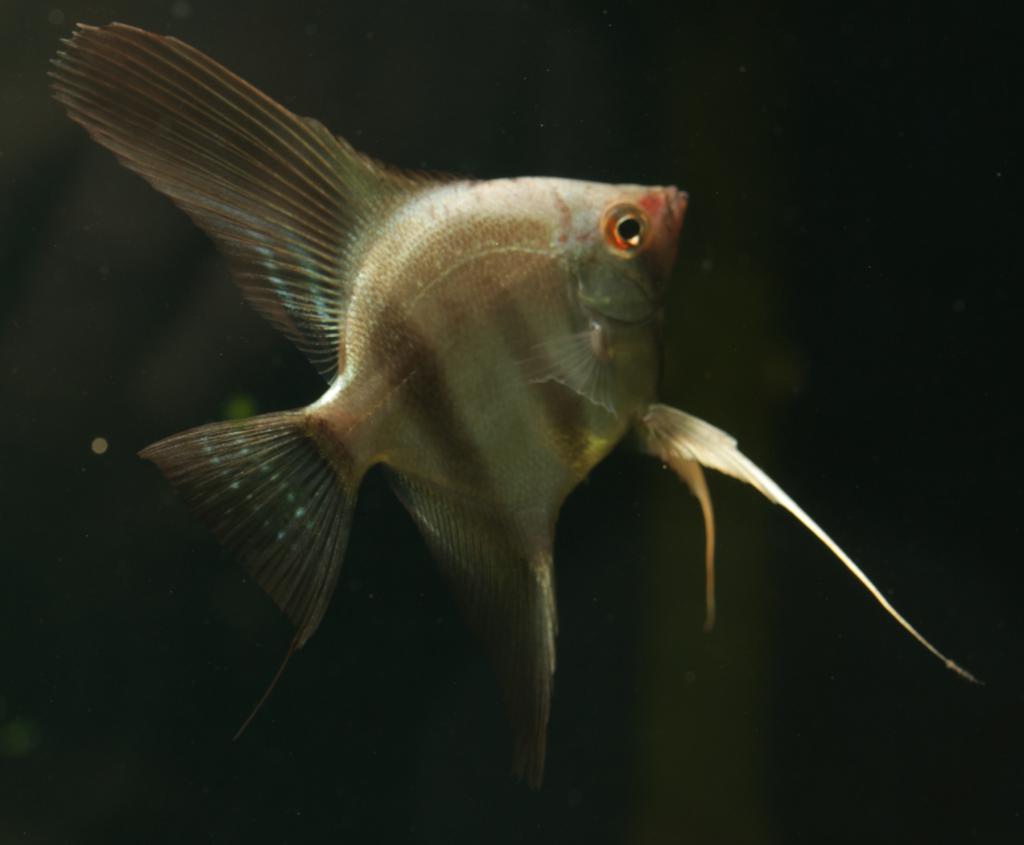 the fins on some of these are quite spectacular too... 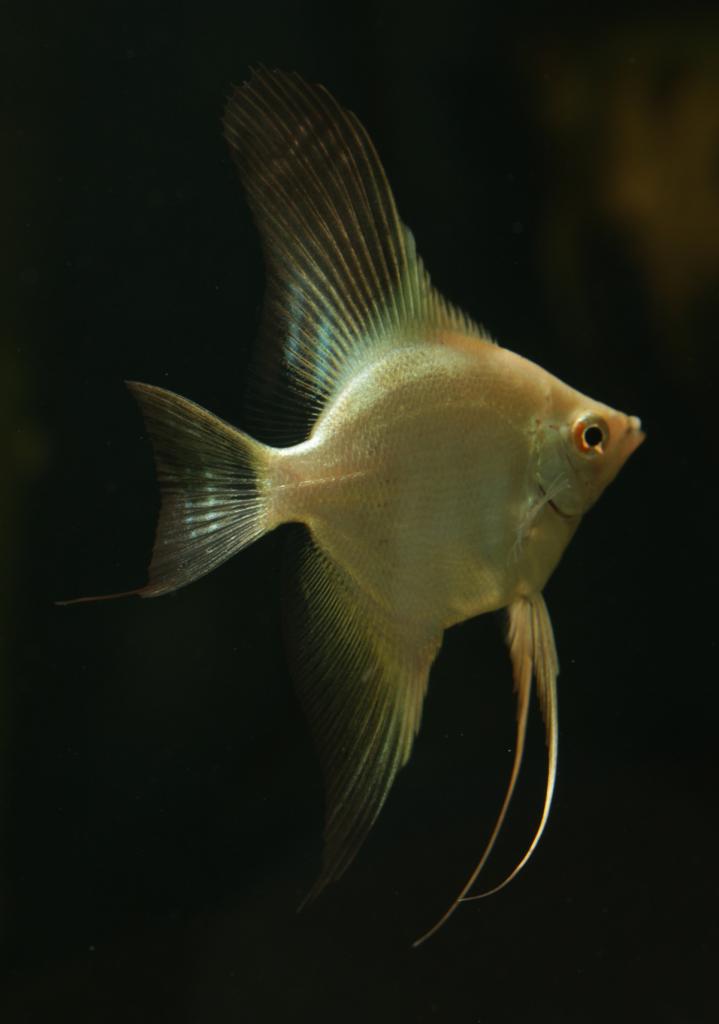 Nice photos, the second photo looks like the fish is just on an angle slightly (say 20 degrees) and it seems to me that that is when the green seems to be most apparent.

I wish I could get some good photos. Over the past couple of days I've noticed my greens becoming extremely lively and competitive for food, that said I'm near the end of my flake tub, so the bits are quite small and it's every fish for itself!

Enjoying these fish very much 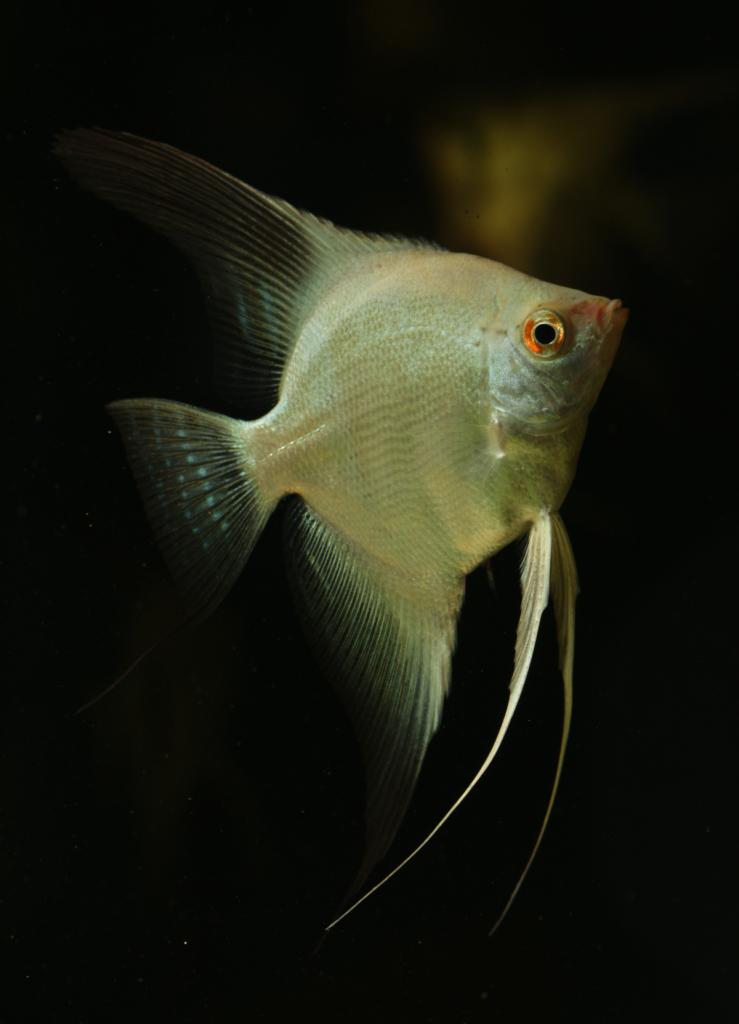 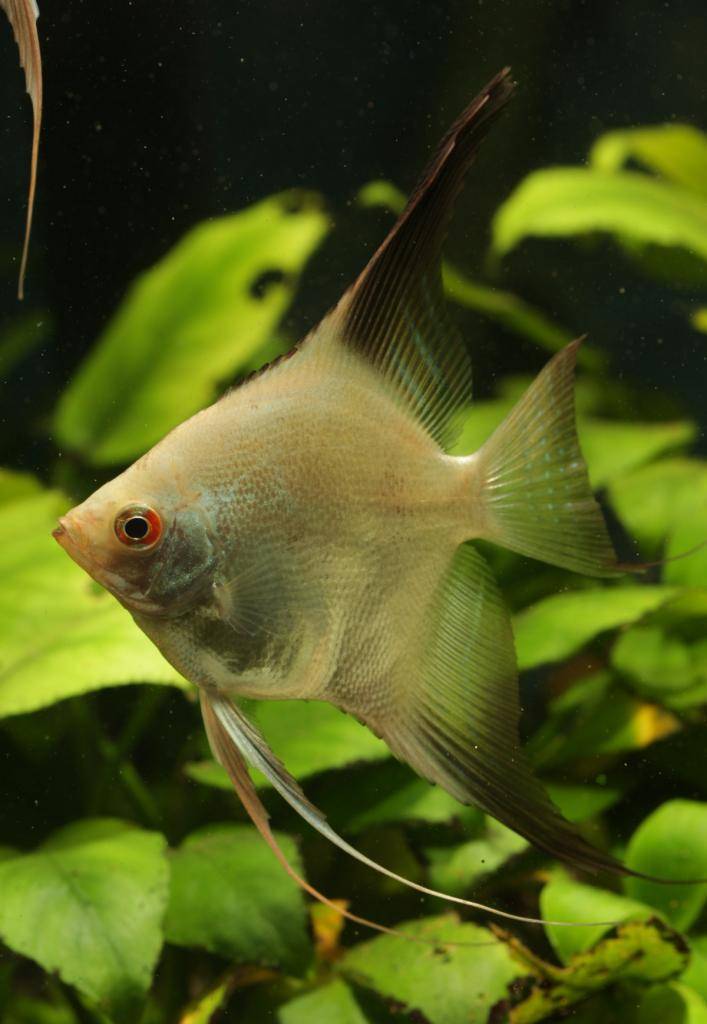 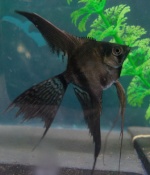