hello,
I have just purchased some of these to add to my breeding stock (which includes the one survivour of the "mosquito coppers")
can anythem please?
cheers 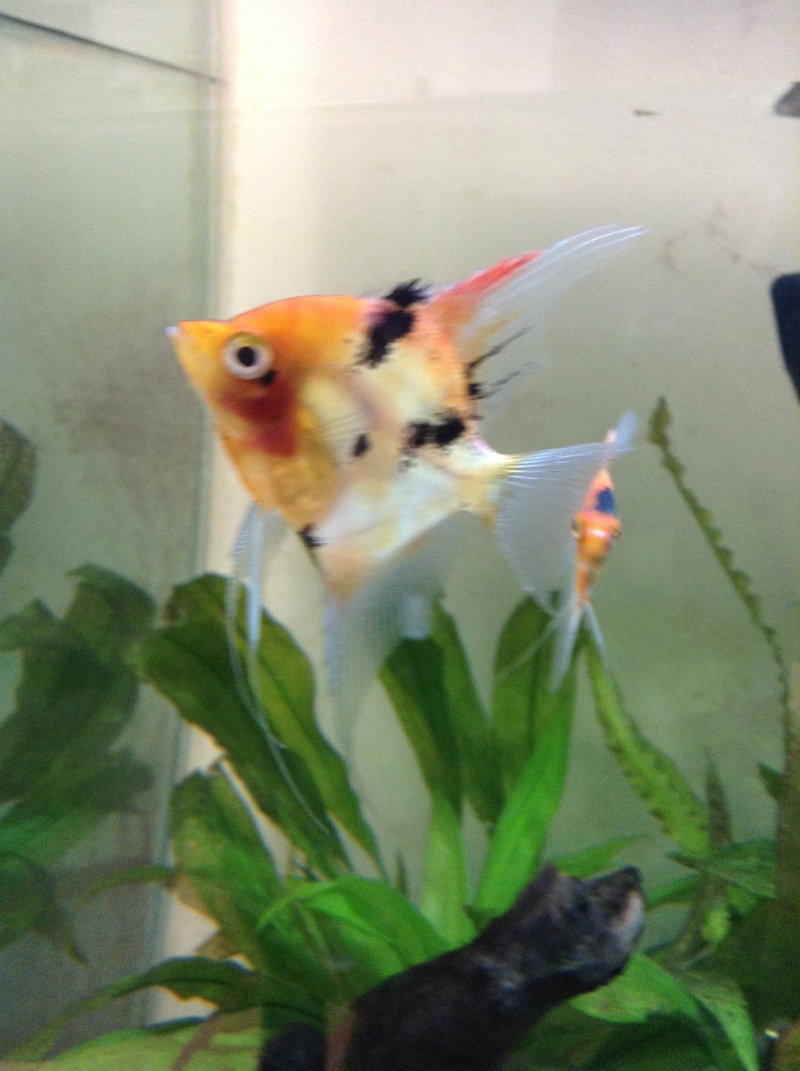 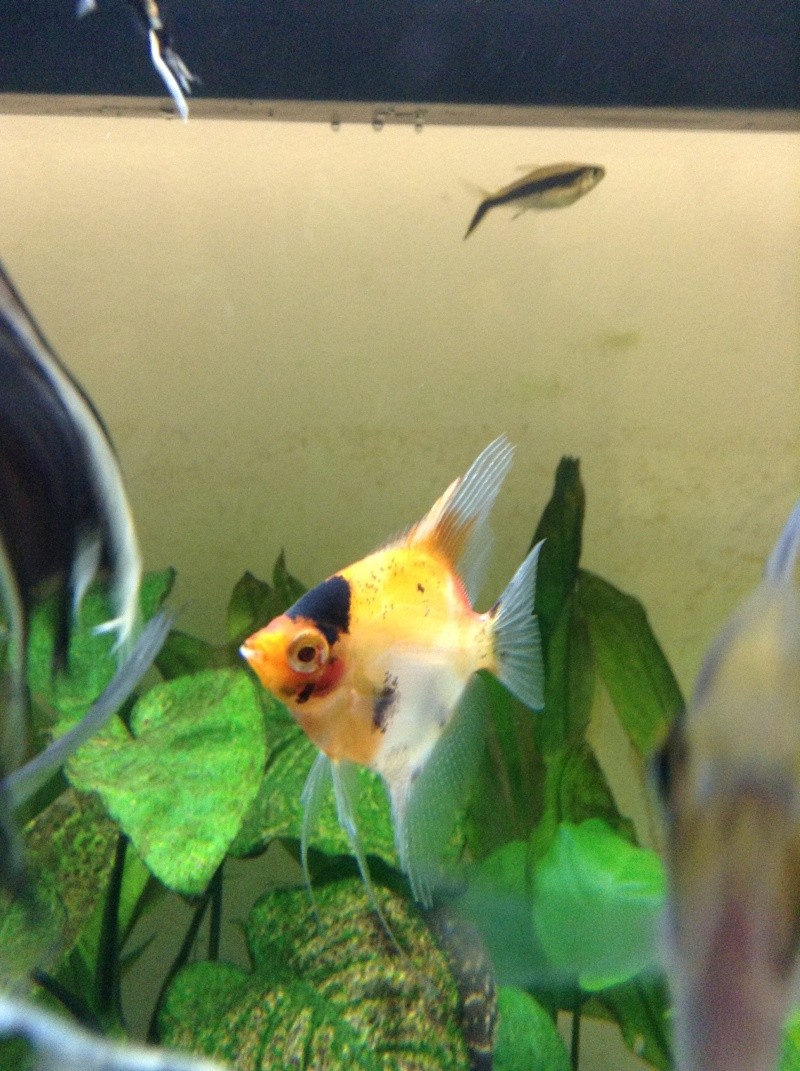 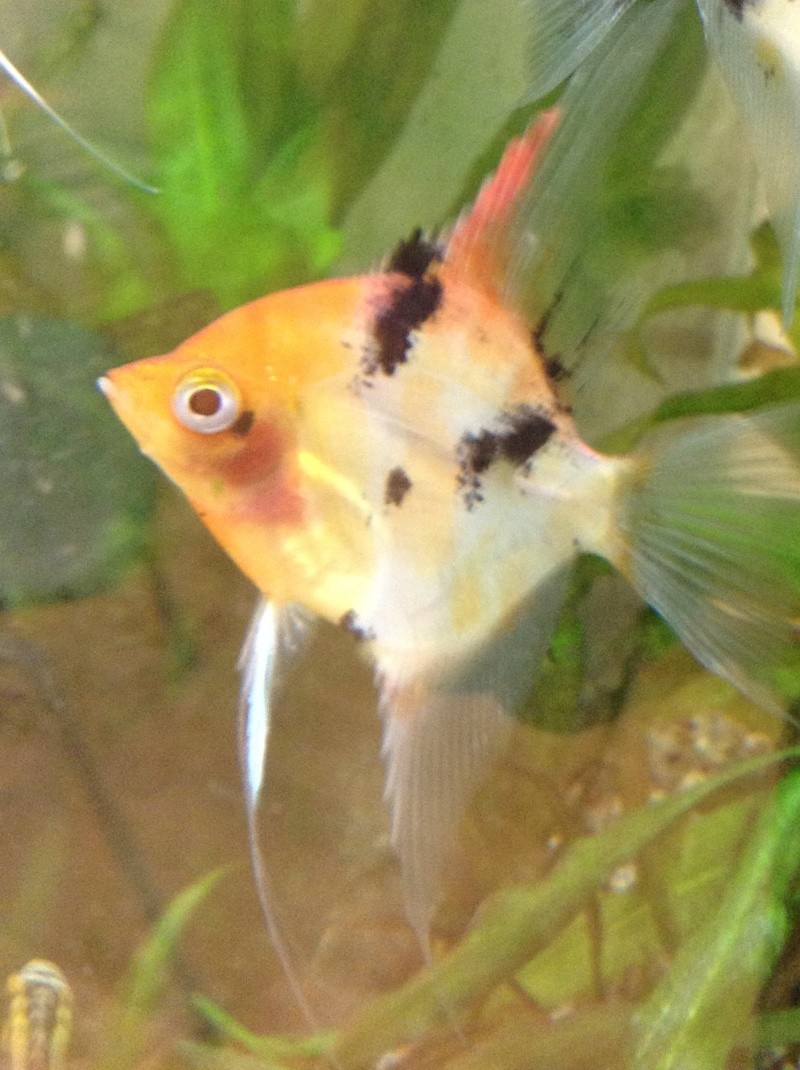 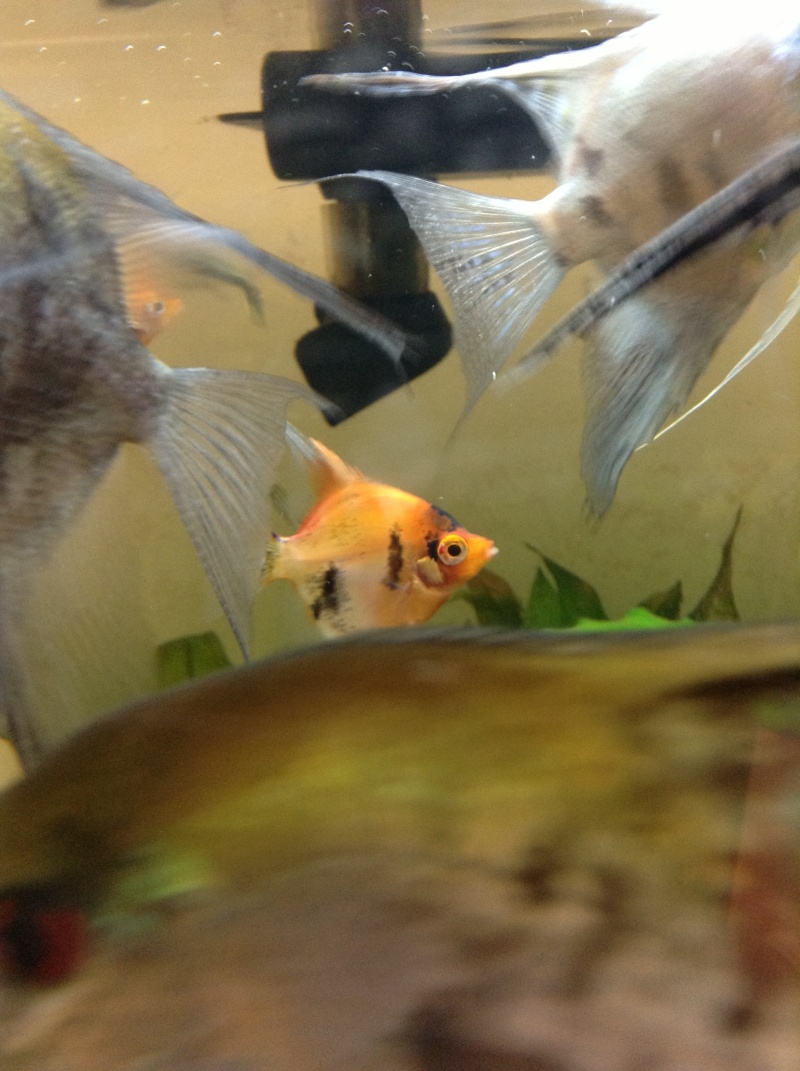 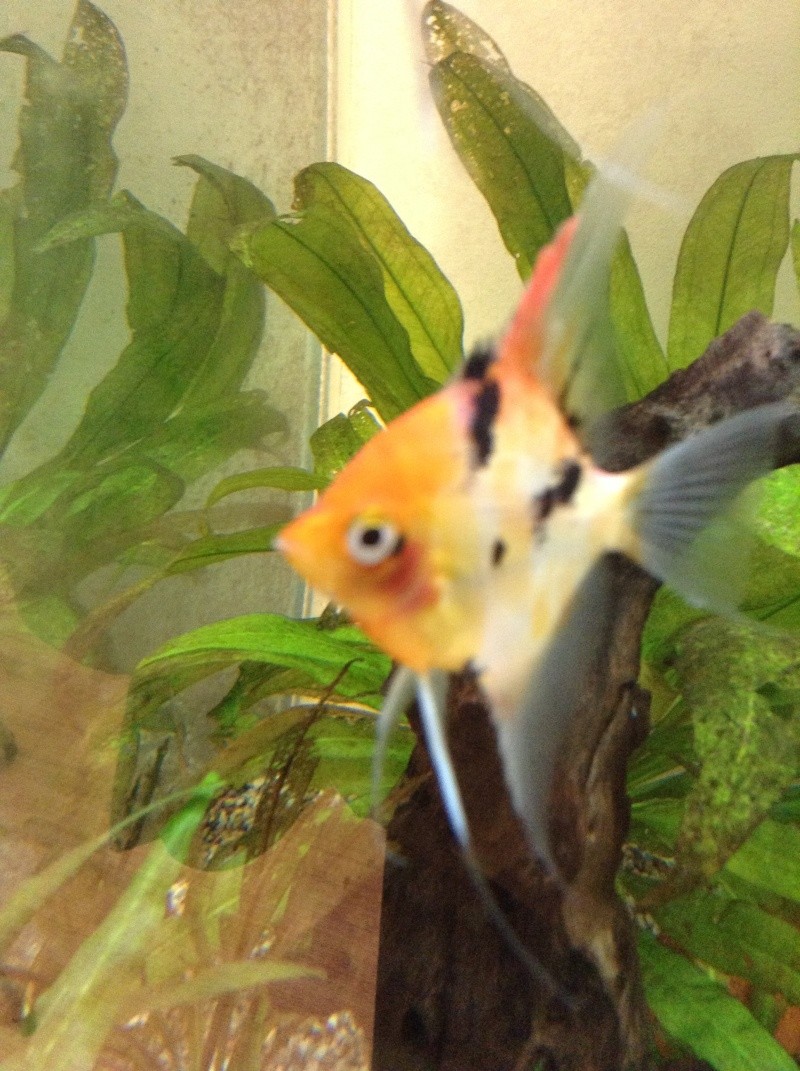 Great colour on those Justin,
but size wise they look too small to sex with any confidence.
Patience is a virtue!
_________________
Blessed are the cheesemakers!

a virtue I have not yet devloped!
I am pleased with their colour. 2 of them in particular have 1/2 to 3/4 orange coverage.
Would I expect the orange to fade with age do you think?

Also I posted a thread a few months ago about the "mosquito copper" angelfish from rare aquatics. unfortunatley 3 out of 4 have now died (the only angelfish I have lost all year) and the remaining one looks exactly like a sunset blush. I have tried to speak with rare aquatics but they refuse to return my calls....

The way koi develop as they grow seems to vary from fish to fish, however, to take this photo as an example:-

There are IMO three different areas of red/oragne/yellow colouration which are likely to develop differently....

Firstly there's the strong orange colouration around the head and face, that's likely to remain, I would expect it to contract in distribution slightly, but the colour to remain strong and probably intensify.

Finally, there's the red colouration running along the front edge of the dorsal and on to the body by the black spot at the front of the dorsal, I'd expect that this would intensify as the fish matures.

One day, when I have more time, I'll try to sort out some developmental progression photos, but for the moment compare these taken at just under 3 months old:- 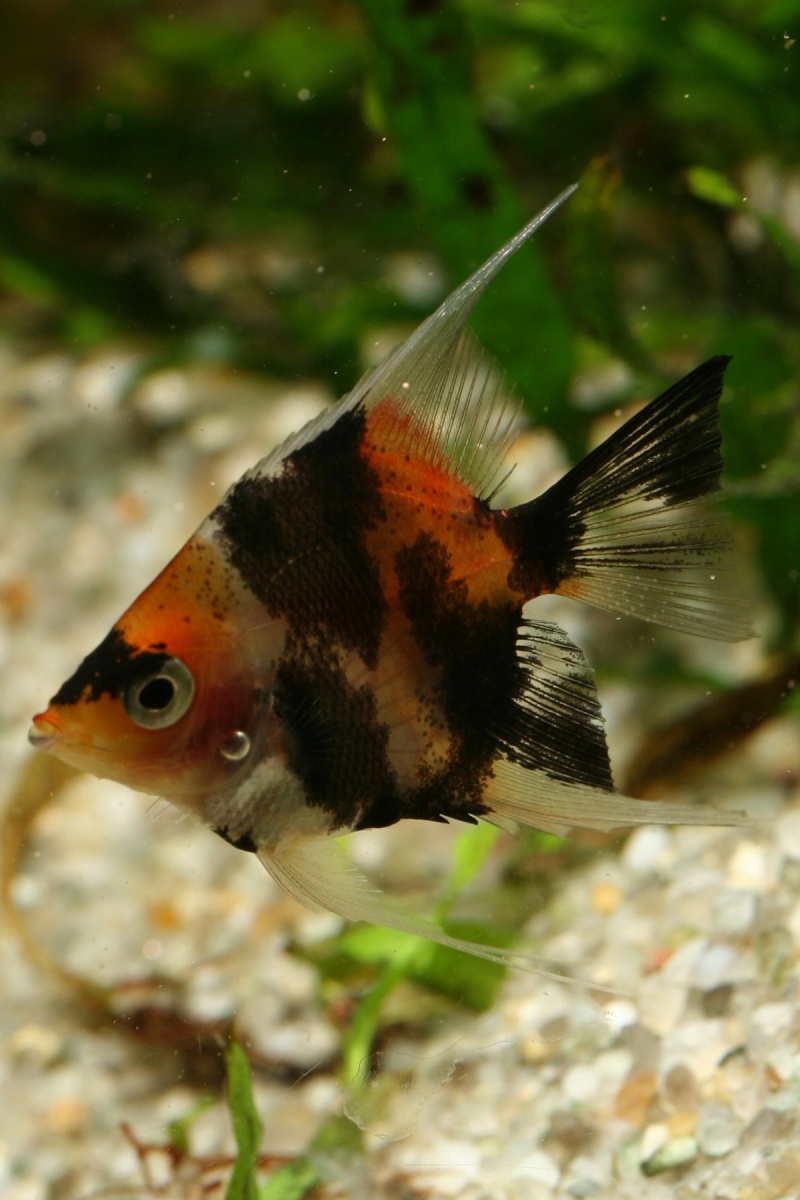 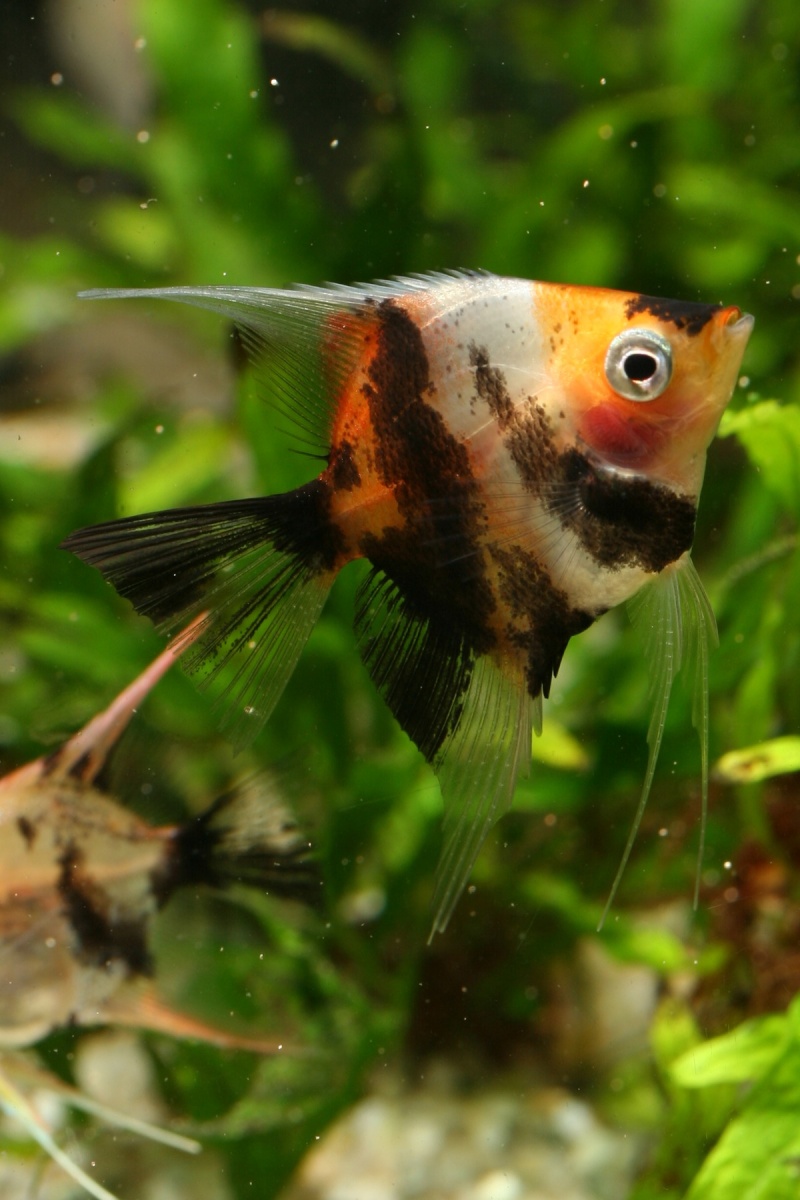 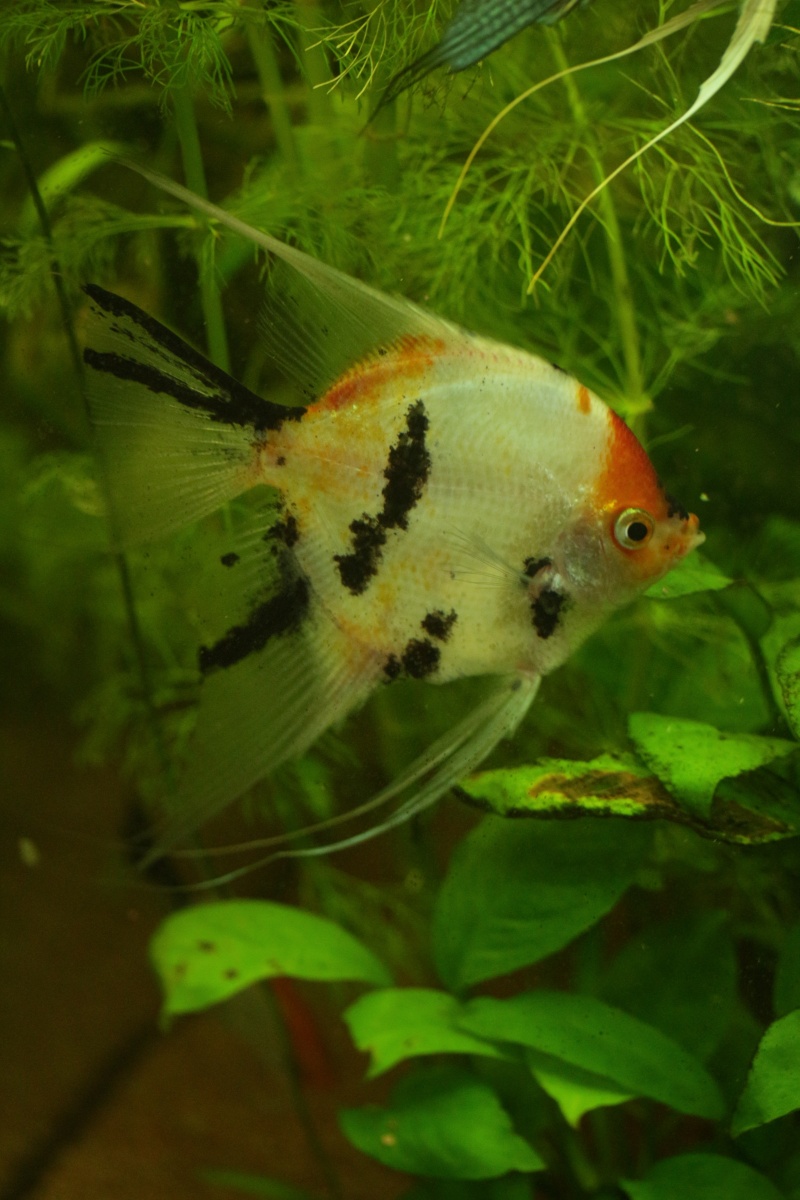 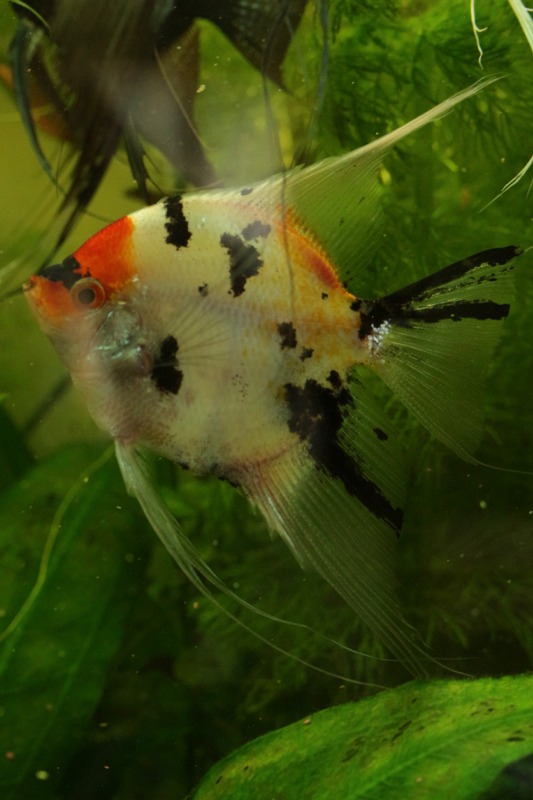 I really appreciate you taking the time out to explain that to me.

I am just about to purchase a my first few breeding/growing on tanks.
do you have any recommendations re the size that I need? space is limited..

I use 2' x 1' x 15" high tanks as breeding tanks, If I was starting again, I'd go with something slightly larger 2' x 15" x 18" tall. For growing on, the bigger the tank, the more fish you can grow. I'd suggest a minimum size of about 100 litres. It's probably better to have 3, 100 litre tanks rather than one 300 litre one. You can always split a batch into more than one tank, and when you do, you can grade them on size, variety etc. It's much harder to grow fish on when you've had to mix them with larger siblings, or larger fish from a different batch. What's more, with more tanks it's easier to keep track of which fish came from which parents!
_________________
Blessed are the cheesemakers!