I have a couple of young Angel that have managed to damage their ventral fins and one fish has lost one completely.
Is that it, will the damaged fins ever repair themselves and has the lost fin gone forever?
Cheers

A fin that is broken will usually regrow, but can sometimes regrow slightly crooked, but if it's gone completely, it's unlikely to regrow.
Are these by any chance pearlscales?
Missing/deformed ventral fins is a recognised deformity that's quite common in pearlscales. 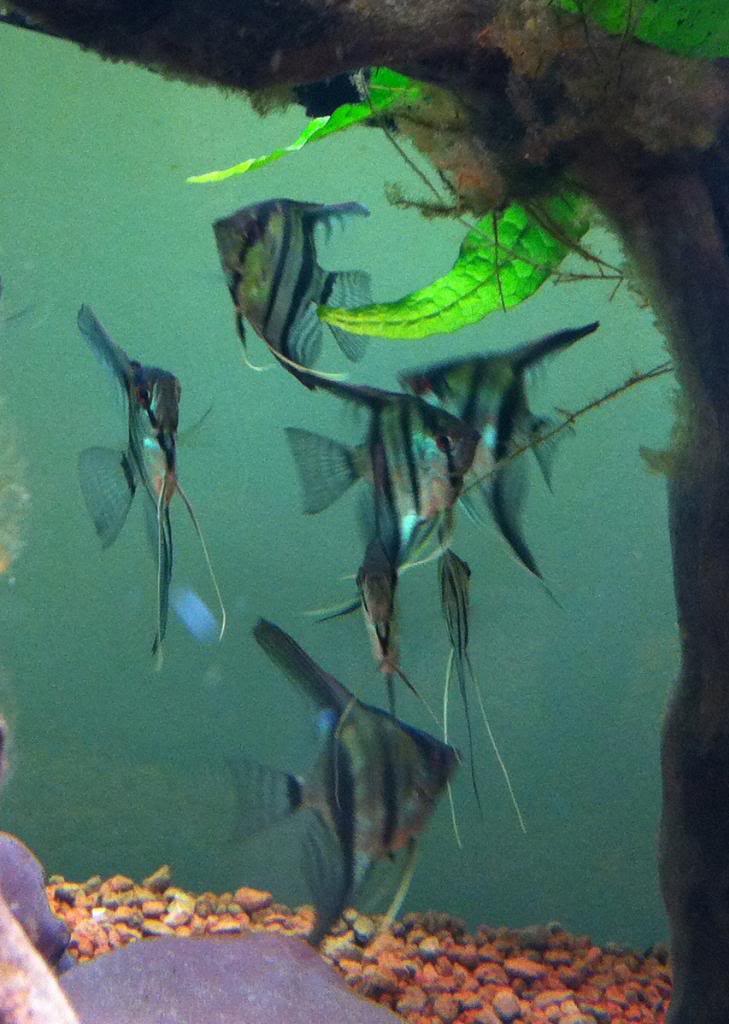 Thanks for your reply, these are the fish, not too sure as to what they are. Still very small Body is about 1½ to 2 inch.
One fish there is a break half way down and on one of the others, it's missing from about a ¼ inch out of the body.
A very poor picture as the fish are still very nervous only had them a couple of days.
Cheers

Hi Rob,
I have just seen this thread & noticed that you have said.

And was wondering if this would mean that young from both pearlscale parents, or young from 1 parent that is pearlscale, or from young that have 1 pearlscale parent & 1 that possably carries the pearlscale gene?
The reason i ask is that some of my young from my Pearlscale Blue Smokey x Blue Smokey Marble (& if im correct the smokey marbles father was a chocolate pearlscale) have 1 or both ventrals missing it is only a small percentage of the young but would you feel that this is the reason for this?
Ifso would this mean that the ones with the missing ventrils are the ones carrying the gene & the others dont & does it mean that i will get Pearlscale young in the batch?
I have had this before & it was from parents that were both pearlscale but was unsure of the reason.

Paul,
I don't think anyone knows the reason, it could be down to a linked gene, if so, then it should be possible to breed it out by selecting only those pearlscales with excellent finnage to breed from. I'm aware of at least one breeder in the US who claims that he doesn't see an excess level of missing ventrals in his line.
Missing ventrals can occur in non pearlscales, presumably the result of physical injury when small, or perhaps triggered by a spike in ammonia etc. at a critical stage of development.
However personally, I'm not convinced that missing ventrals & bent fins which seem to be more common in pearlscales is necessarily down to a linked gene. Clearly the pearlscale gene has an effect on the way that scales form causing them to be distorted, I suspect that the gene can also be active in the cells that form the fins and that on occasions this disrupts the proper growth of the fins.
I'd be pretty confident that if you grew those without the ventrals all, or at least the great majority would prove to be pearlscales.
You'll also probably find that the pearlscale youngsters are markedly slower growing compared to their het. pearl siblings.
_________________
Blessed are the cheesemakers!

Thank you yet again Rob for the reply,i had chosen to cull the ones with the missing ventrils but a family member would like to have them, so I will be able to see how they turnout ie if pearscale or not.This will also confirm wether the female carries the pearlscale gene

Hi Paul if it's one of the blue marbles you had from me, it definitely carries a pearlscale gene, this was the father.... 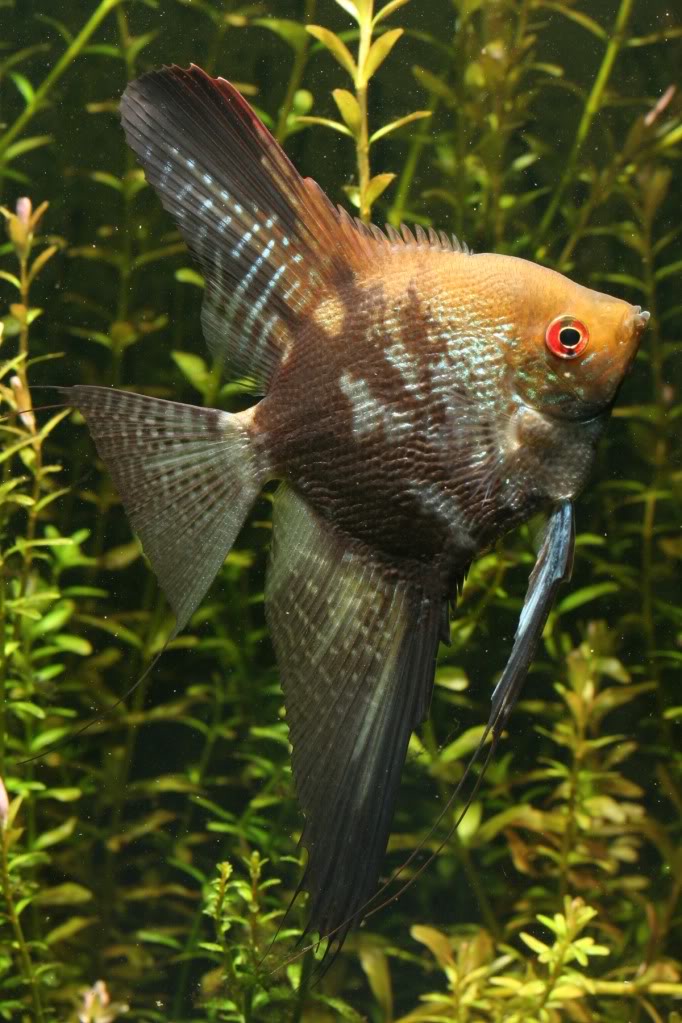 Thanks for yet another honest reply Rob,& yes it is one of the young from you of which that great looking chocolate pearlscale male is the farther,so that has answerd yet another question.

I have some great grand fish or maybe even great great grand fish that have come via Paul and now spawned for me, as with Pauls fish mine have the odd ventral fin problems, do you think the one in the centre of this picture is unlikely to grow properly?? I find it very hard to spot when they're little, especially the marbles who sometimes have one light ventral and one dark one. 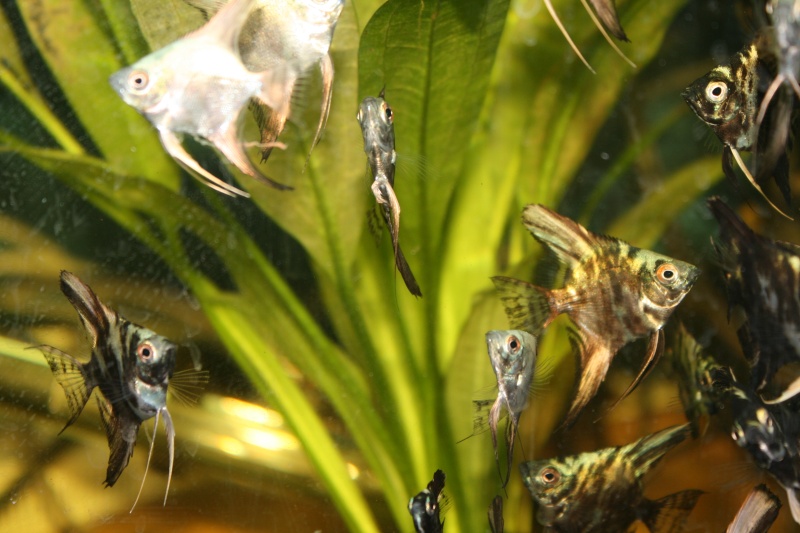 Looks like you've got some nice youngsters there, but yes, sadly, the ventrals on that one in the centre are always going to be badly misshapen, even if they do re-grow.

That however, IMO, is more likely due to damage or injury when much smaller, rather than the typical missing ventrals seen in some pearlscales. I say this because, although misshapen, part of the fin is present, typically where pearlscales are missing venrtals, they're completely absent.
_________________
Blessed are the cheesemakers!

Ahh ok thanks Rob, I do have 3 from this batch with no ventral fins at all poor things