Please see Rules for details of each class in the Sticky.
Please enter your images or send them to me.
Enjoy, Lisa

where to put the pics

You can post them here and I will move them all to one post, or you can send me a link to them or send them to me here: Photo Show Images

Entries so far, please get your entries in asap and remember these are judged on the Angelfish not the photograph! 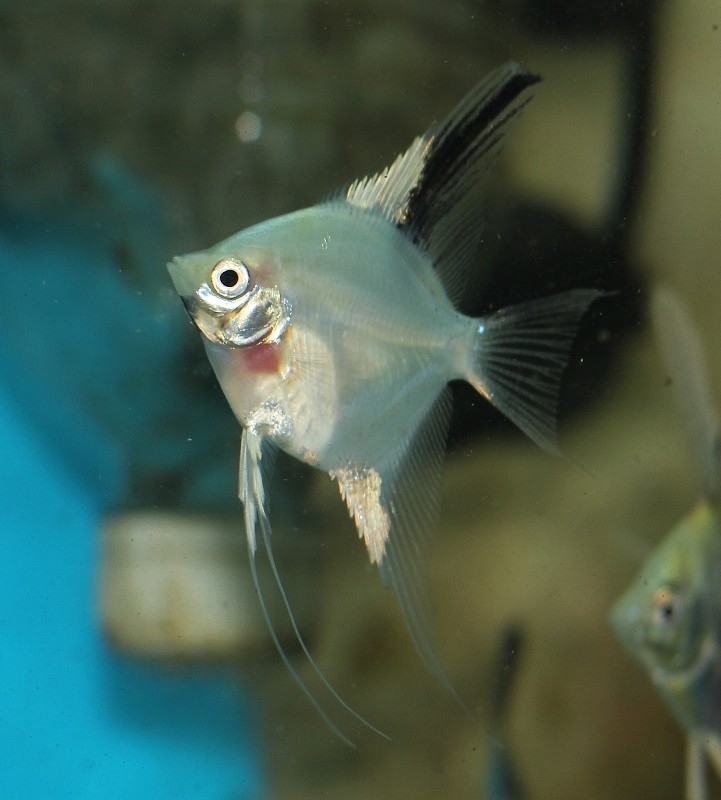 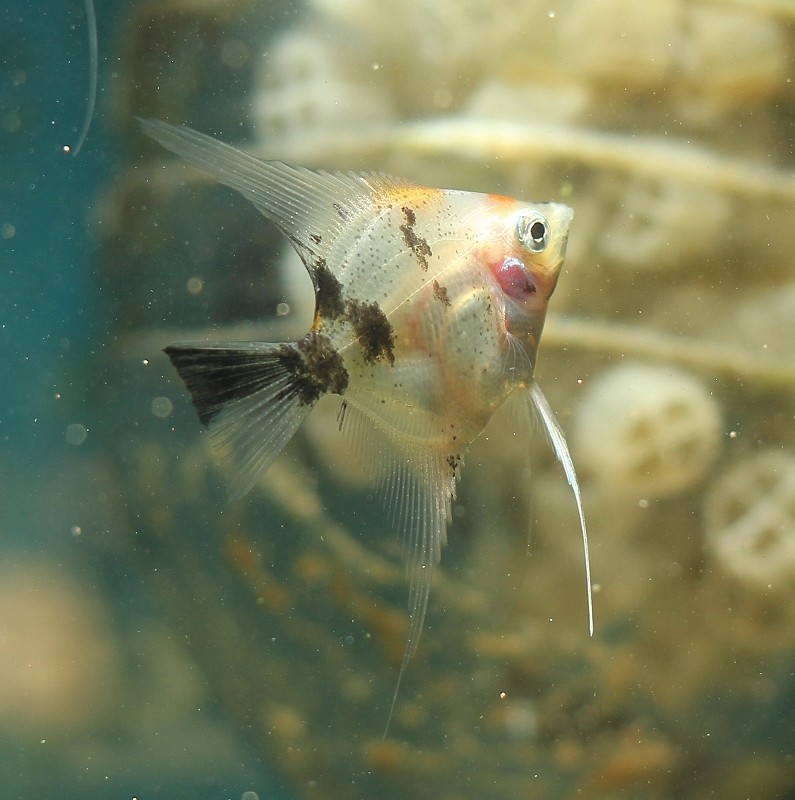 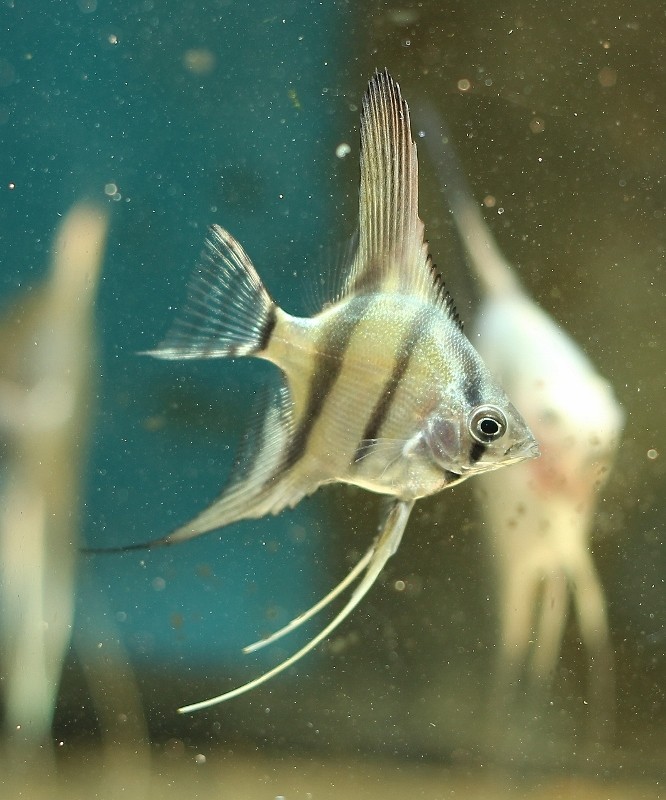 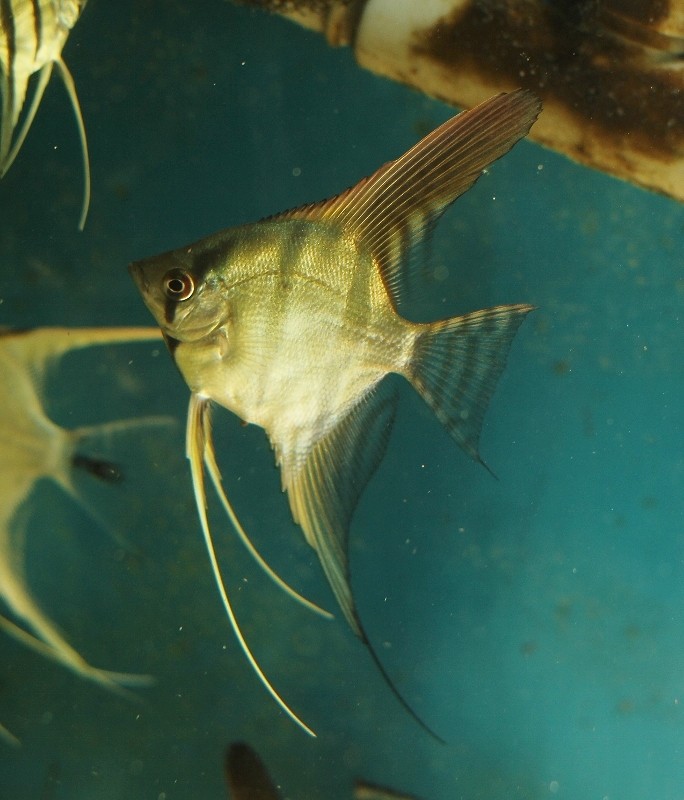 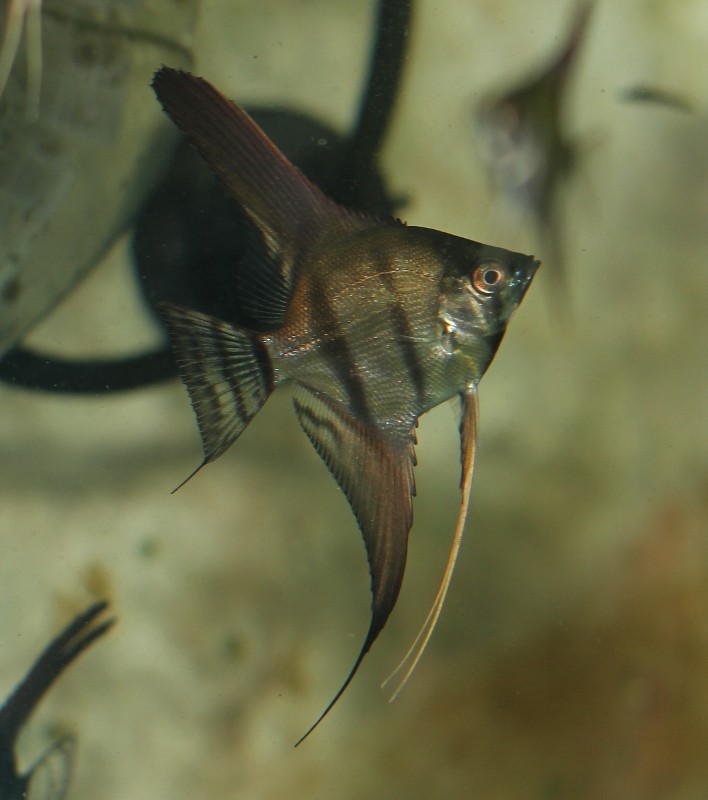 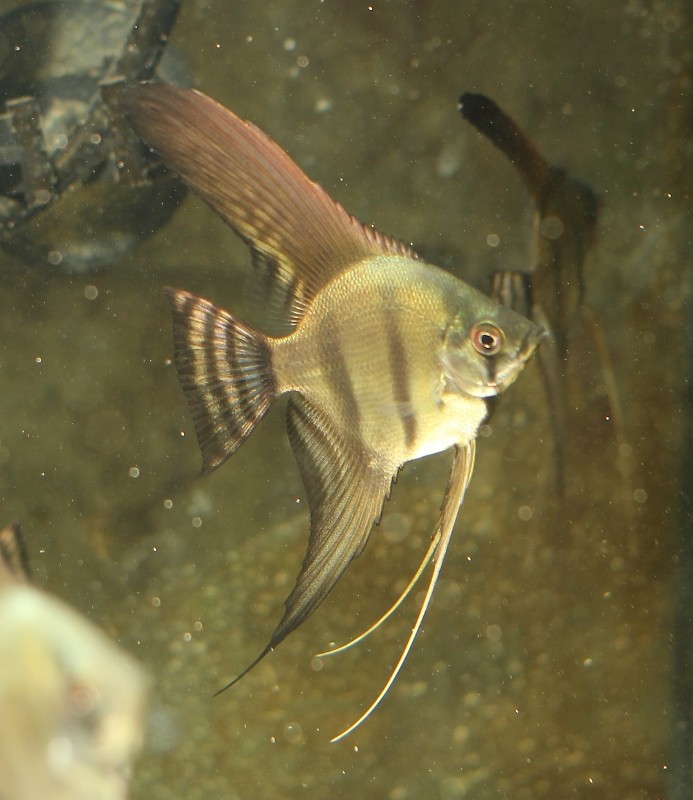 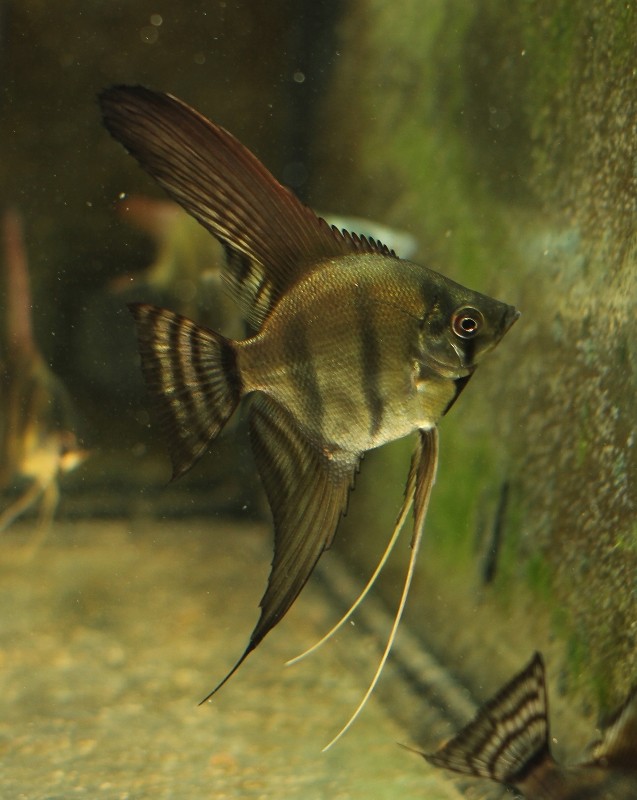 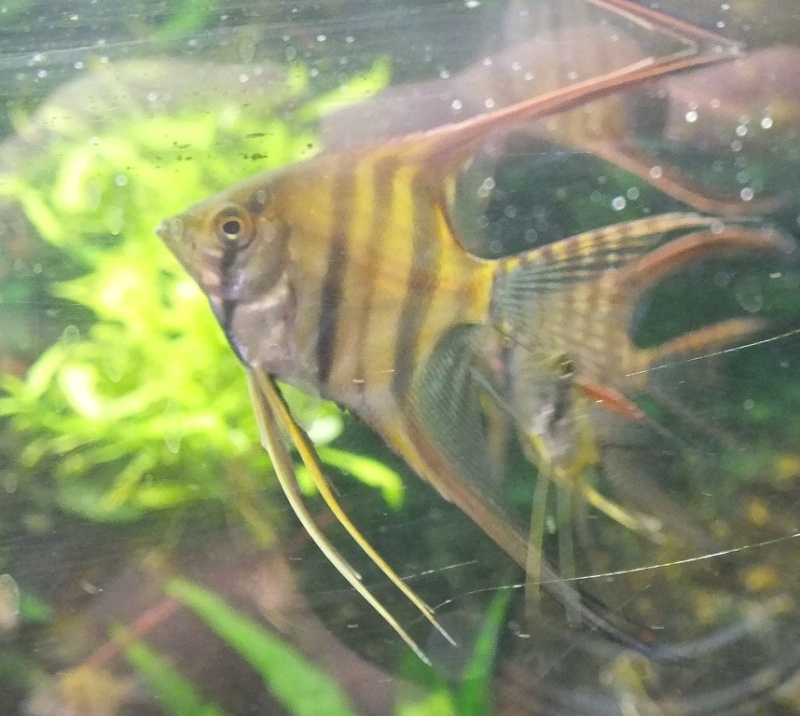 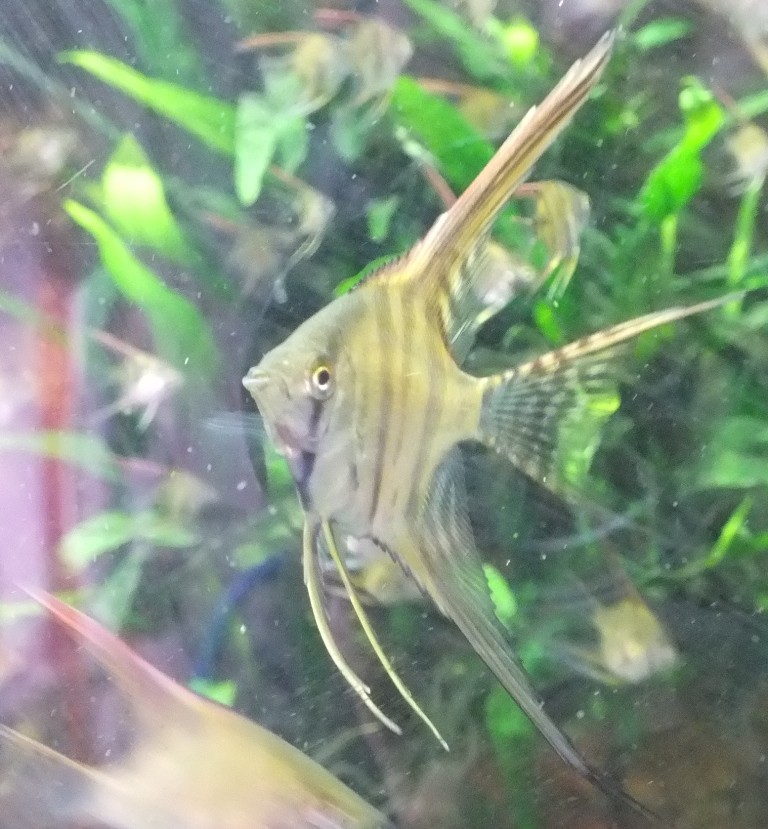 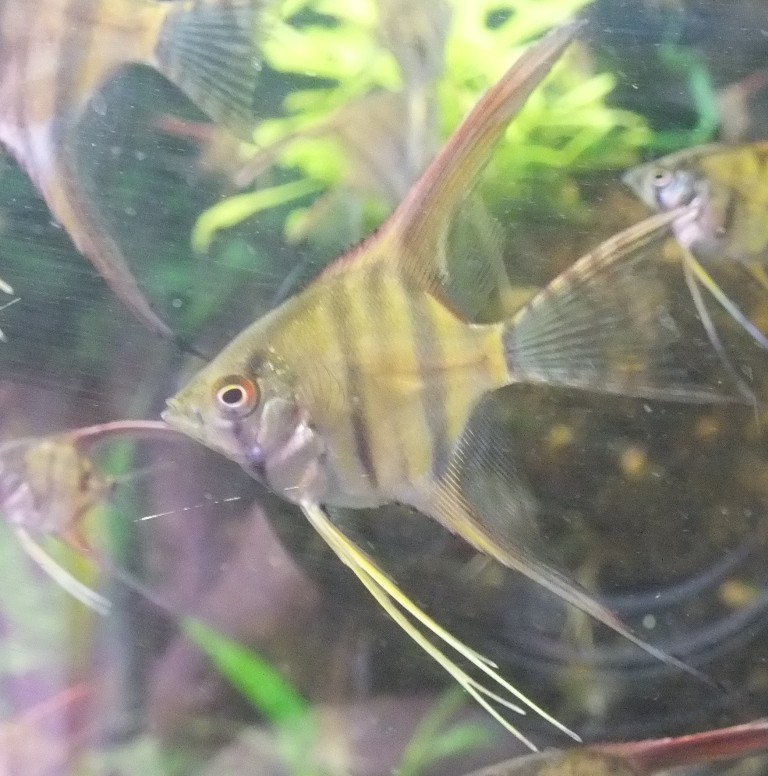 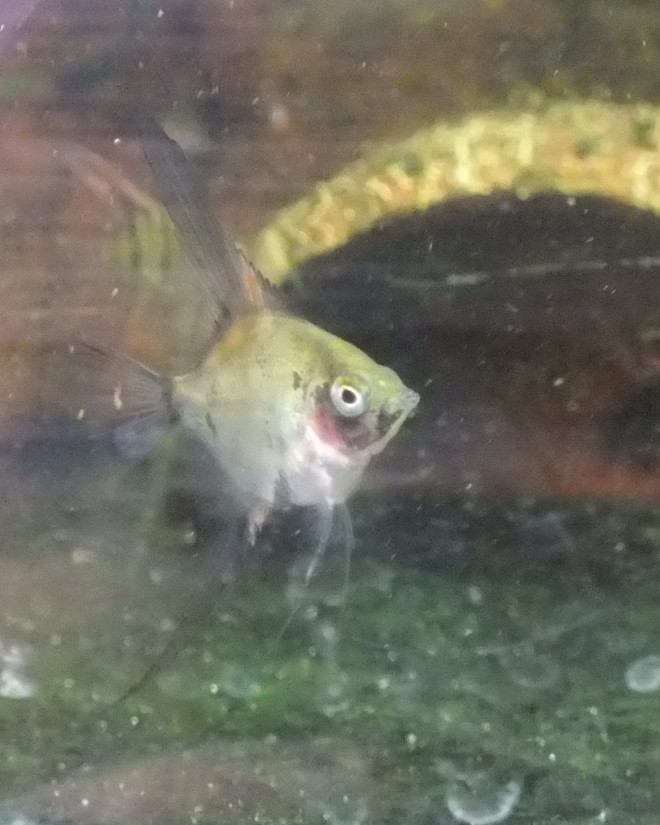 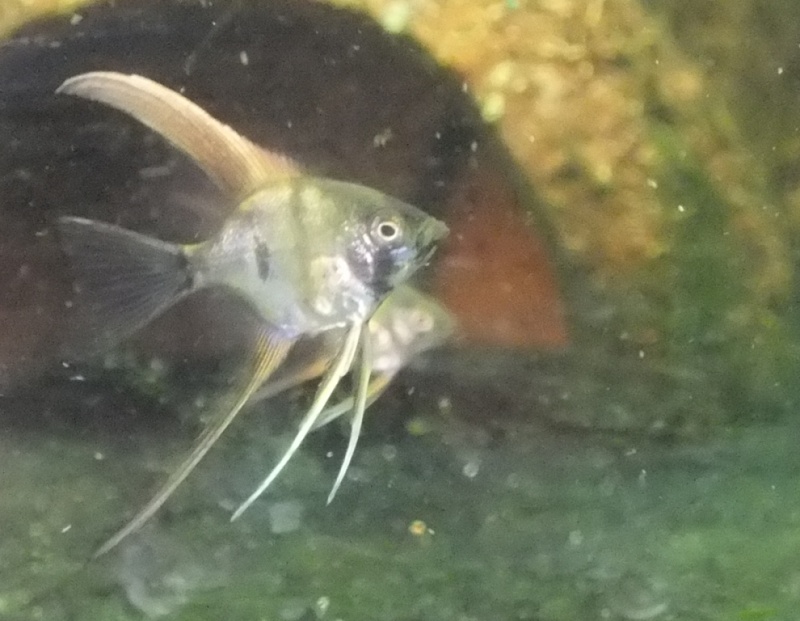 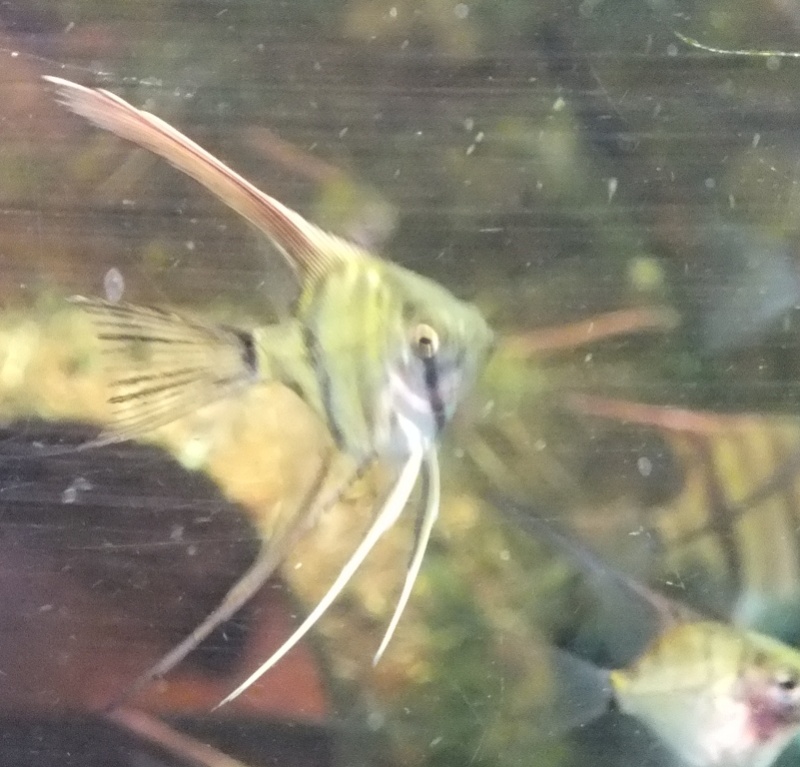 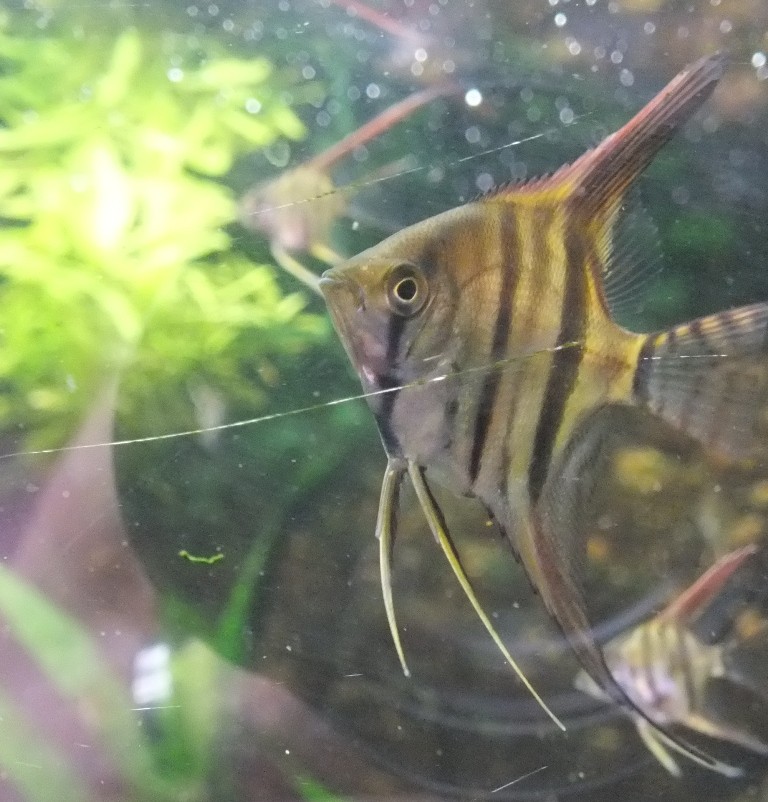 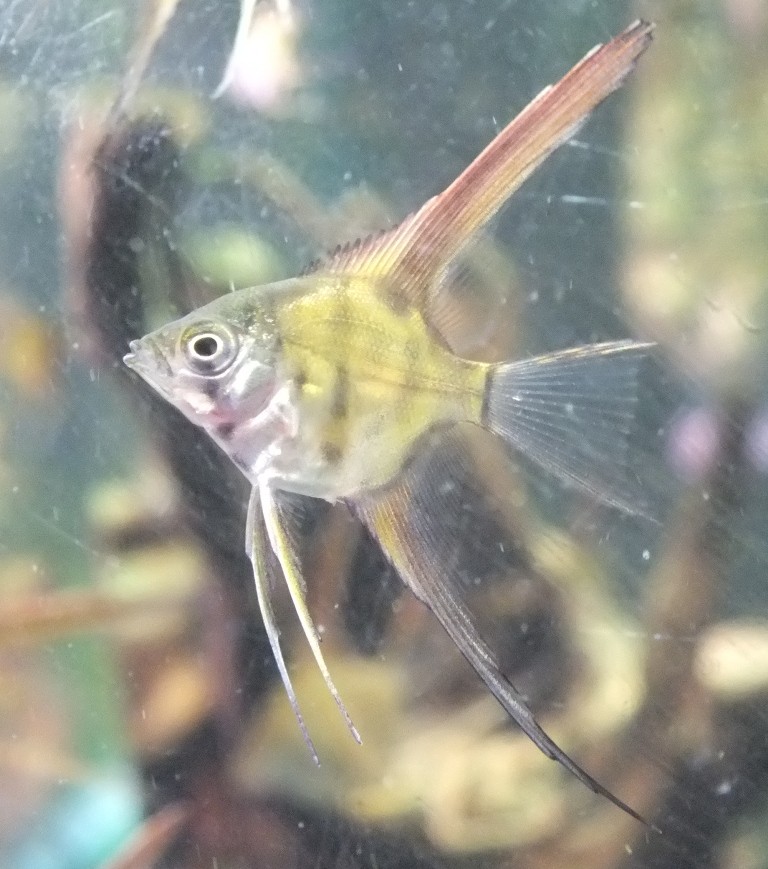 Entries will now be closed for Judging.
Checkout Class 2

For those of you familiar with the works of Douglas Adams,

Well first off I'd like to say thank you to everyone who entered photos for making my decision so difficult! You all, clearly, own some really special fish.

Before I announce the winner, I'd like to say a little about the criteria I've based my decision on. At a conventional fish show judges award marks for a number of areas, :- size, fins, colour, deportment and usually overall appeal. In this contest, where the fish being judged are juveniles, clearly size is irrelevant, it's also difficult in a photo contest, to judge temperament/deportment although some of the photos do manage to convey some feeling for the attitude of their subject.

I therefore awarded points in the following categories :-
Body - the body shape of wild angels is very varied, even within the same population. Body shape of domestic fish seems to be even more varied. IMO an angelfish should have a body that is roughly as tall as it's long, or in some cases taller. Taller fish like altums, manacapuru and Peruvians often have a bit of a "beak", like this Peruvian angel for example.... 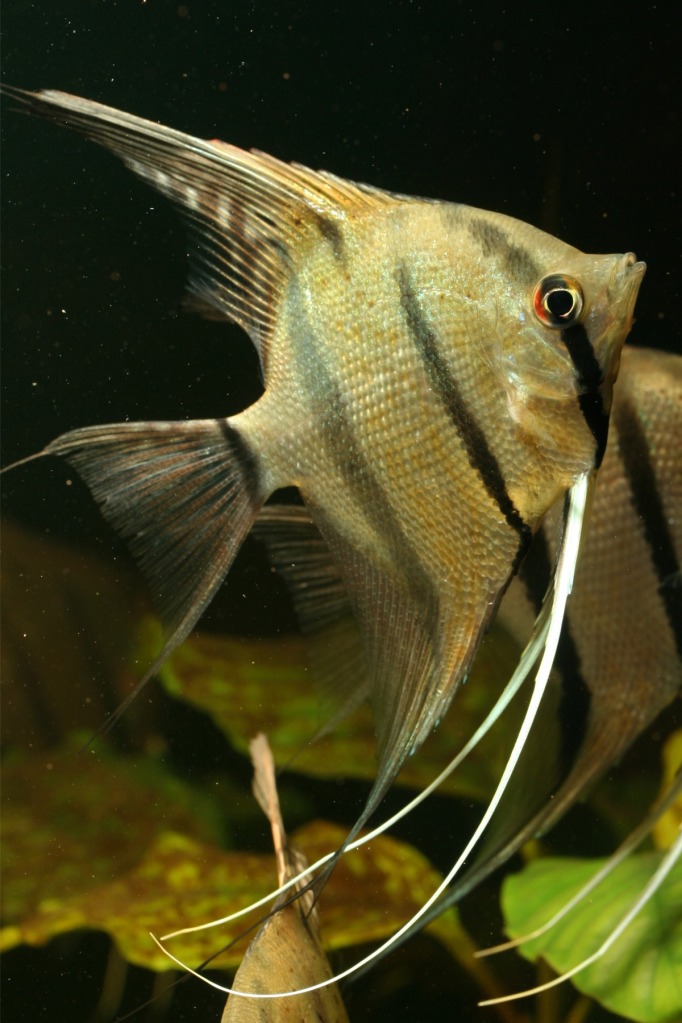 Most angels have some degree of beak, but excessive, is in my opinion a serious & common flaw, as is an overall lemon shaped body, combined the two characteristics look far worse than either on it's own. Against this it's worth remembering that even the largest fish in this section haven't yet achieved their adult shape, and young fish in particular are likely to be longer than they're tall.
I have awarded a maximum of 20 points in this section.


Finnage - probably even more so than with bodies, there is considerable variation in fin shape with angels, even without the added complication of veiltail. On the one hand you can get dorsal & anal fins that sail tall, proud and thin, on the other, shorter fatter wi(de)-fi(n)s, I don't have a strong preference for either, or any of the stopping points between. But for me, fin area is important, so short, thin fins don't score highly. Split, bent, kinked or ragged fins all get marked down. Finally I place considerable importance on balance, a tall dorsal paired with a short stubby anal fin causes the fish to look unbalanced in my opinion. A common feature on angelfish tails is the "streamers" long extended filaments at the top and bottom of the tail, in fish this young, with the exception of veiltails, they often haven't started to develop, so in this category I haven't marked down any fish where they aren't present, but where they are present I expect them to be of even length, any fish with only one filament or with a marked difference in length would lose points.
When it comes to the ventral fins, these should be straight, or curved smoothly backwards, kinks & twists lose points, as does having one longer than the other. One characteristic that I used to like, but now regard as a minor fault, is ventrals that split into multiple filaments, this will get marked down, especially if splits in one fin aren't mirrored by splits in the other.
I have awarded a maximum of 20 points in this section.

colouration including pattern, here I've awarded points on how good the colour is compared with a good example of that variety, so a silver is judged against my idea of what a good silver should look like, not against the amount of colour on a koi, black lace, etc. On varieties where normal banding is present incomplete, and uneven banding has been judged a fault. I appreciate that silver angels can fade or darken their banding with mood, and whilst ideally it would be good to see all fish in similar mood, I haven't marked down any banded fish where the bands have faded with mood.
Once again I've awarded a maximum of 20 points in this section

This gives a total maximum of 90 points.

The photograph supplied should....give as true colour representation as possible.

Having looked very closely at the fish in photos 6 & 7, I am of the considered opinion that they are the same fish. I know from personal experience that taking photographs of black fish that accurately reflect the true colouration is extremely difficult, but I suspect that photo #7 is closer to the true colour, I have therefore disqualified photo #6.

Starting with fish #1 I judged each fish first on body, then starting with #15 and working backwards looked at fins, forward again for colour and finally backwards for overall appearance and potential.

What surprised me is the result this process produced, the fish that first jumped out at me as the stand-out fish, actually had a couple of slight flaws which, when judged in this hopefully, reasonably objective way, caused him to miss out on the prizes.....

anyway, without further ado. The answer you've all been waiting for....

First place with 74 points goes to fish #4 - this is a really well balanced, sturdy fish with bags of potential.
Second place, and just one point behind is fish #2 - again a fish with lots of potential

Anyway congratulations to the winner, and indeed to all who entered, on having such fabulous fish.