What do we think?

What do we think?

This fish is hanging out and bickering with some of my known boys and also started cleaning my filter, do you think it could be female? 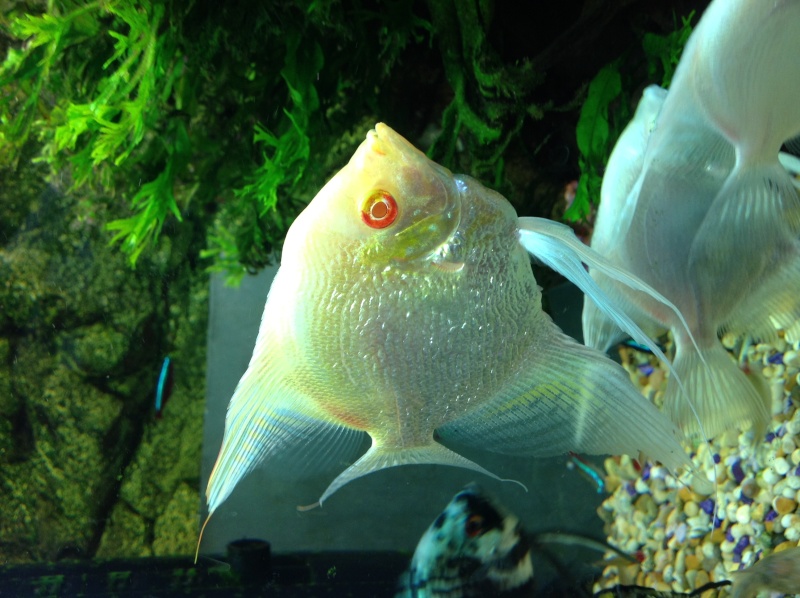 Sorry its round the wrong way, I have tried turning it! 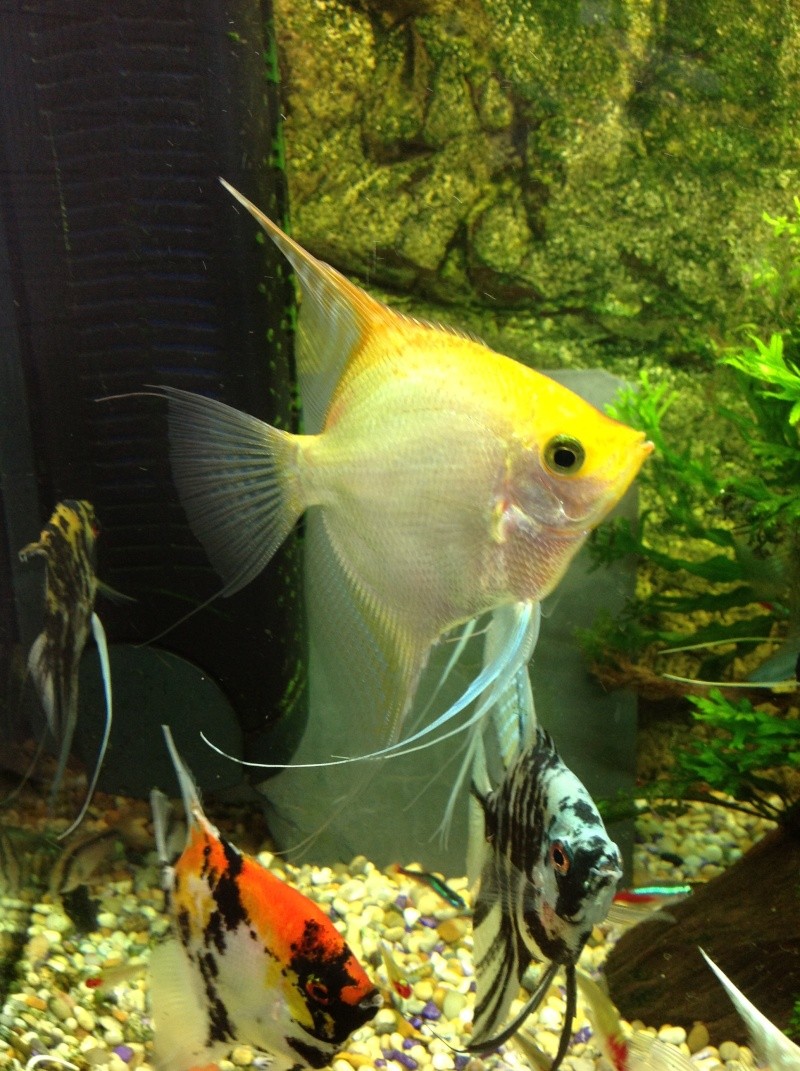 Your first which looks like a Platinum, is a good example of an Angel with a Nuchal Hump. These can be very hard to sex. But in my judgement it is a male.

As for your second, which I do like the colour of is a female.

Good luck with the breeding,

Thanks Phil, I was pretty confident with the Gold, but the Albino (my photography skills lol) I thought was male, but has been behaving like a female, so I'll have to wait and see what happens, I can't see why "he" appears to fancy the boys otherwise, unless they're all showing off for the gold perhaps? I seem to have a short supply of females!

I have hopes that from the 3 platinum I have I might have a pair, but they're still too small yet.

The second picture looks female to me too, the body shape is quite angular, as a gold the colour locus must be g/g, but as I understand she could be a gold ghost g/g -s/+ (having a stripless allele on the stripless / zebra locus). She may carry other alleles too which are suppressed? / hidden by the gold phenotype.

The first picture looks male to me too, the body shape in general looks more 'beefy' particularly around the head and between the lower lip and ventral fin. As a platinum, the colour locus must be g/g - pb/pb (a platiunum is a gold which is homogeneous for pb) add into it the albino locus and the pearlscale: g/g - p/p - a/a - pb/pb

That might not be your idea of fun, but I enjoyed it! It just goes to show that golds can easily hide things. In fact, in that last cross which produced 42% golds, less than 2% of the entire batch would be pure gold g/g with no hidden (all wild) loci.

If mum is a gold ghost, well... I leave you to work out the possibilities!

Ohhhh very interesting, I'm hoping she might fancy the Koi in the picture, he's quite handsome, but she doesn't seem to have chosen anyone yet.