What causes the "headlight" effect on pb fry?? I'm assuming its something that disappears/merges as they grow, just wondering, do all fry with a double dose pb show this, or could some still be pbpb and not have a headlight?

The only reason I'm asking is I have a pair where one is pbpb and one unknown, so if I don't see the headlights, then the unknown is not carrying a pb gene.

It's not something that's easy to photograph,and is much more obvious on some varieties than on others, and you sometimes see something similar on fish that aren't homozygous for pb. In short it's a bit of a "catch 22", the more times you've seen it, the easier it is to recognise, but until you've seen it, it's hard to reliably identify. It's most obvious when looking down on them, I've got a mixed batch where some are starting to show it, I'll see if I can get a good photo tomorrow, but I'm not promising, so don't hold your breath!
_________________
Blessed are the cheesemakers!

Couldn't get the camera to the correct position for an above the water shot, these were the best photos I could get, blues on left, het. blues on right 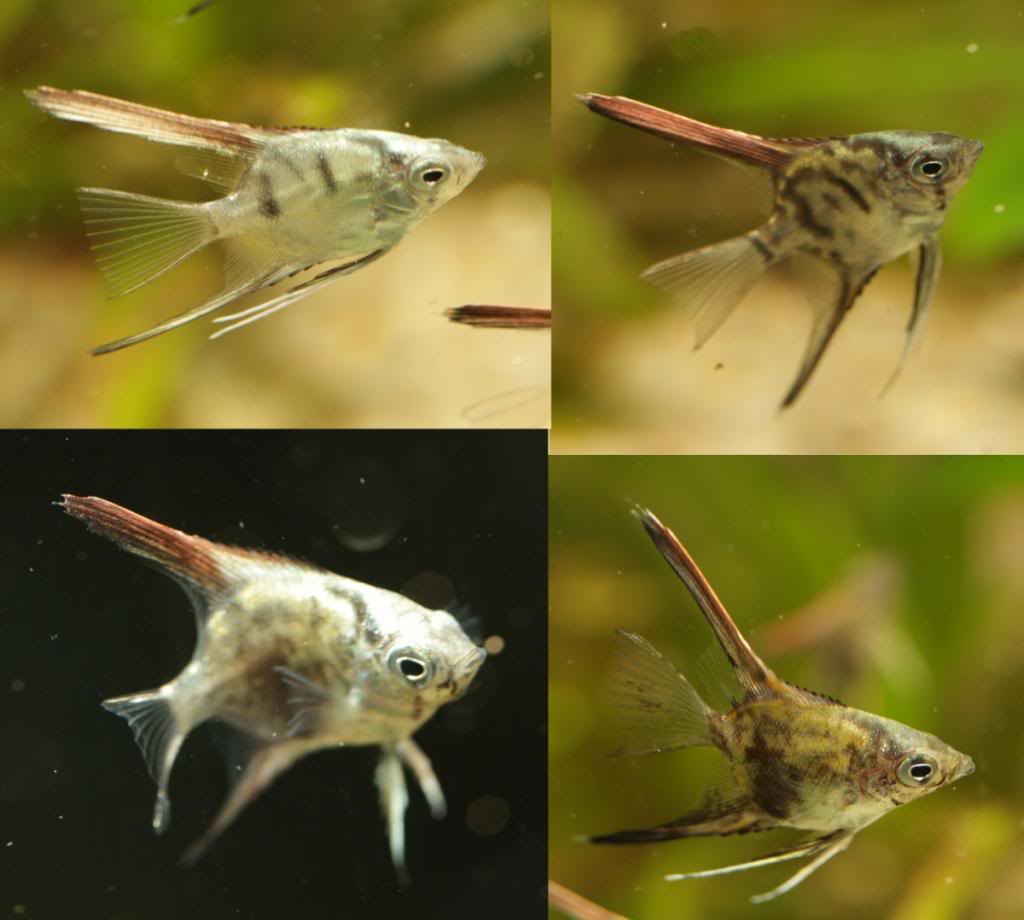 You can see that the head area from the eyes to the dorsal fin is much more reflective and has a metallic appearance in the case of the blue fish. But the top right fish in particular also shows some reflectivity in that area, so it's much easier to see when directly comparing pb/pb's with +/pb's in the same tank. HTH
_________________
Blessed are the cheesemakers!

thanks Rob, so if I don't see a headlight (which I don't) they're only het for pb, but if they 're bred together (which I won't) some of their offspring will be blues??

I shall persevere with my blues, I have 16 (wow!! huge number lol) which have wonderful shining beacons!! I was worried about putting them with the het fry incase I lost them, at the moment I'm keeping them separate (and can see the difference), I shall keep an eye on their changes so I recognise them in the future. (they're only 3 weeks old at the moment).

they're only het for pb, but if they 're bred together (which I won't) some of their offspring will be blues??