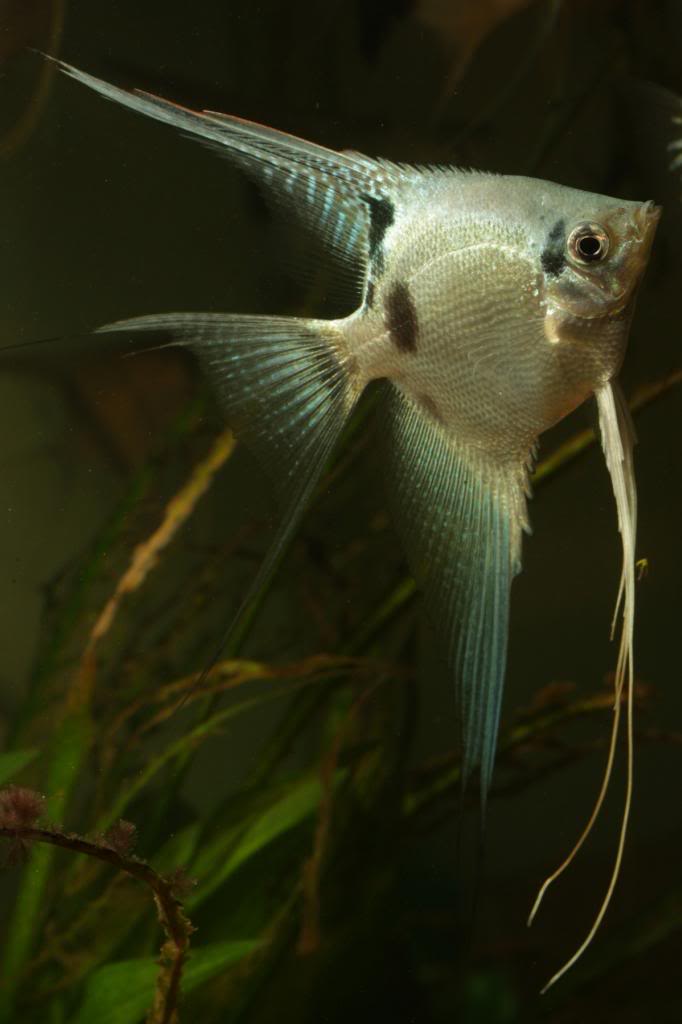 I'm fairly certain this is a blue albino, quite possibly a pinoy, and for those who are fans of pearlscale (I'm not) it looks like he might be starting to "pearl" 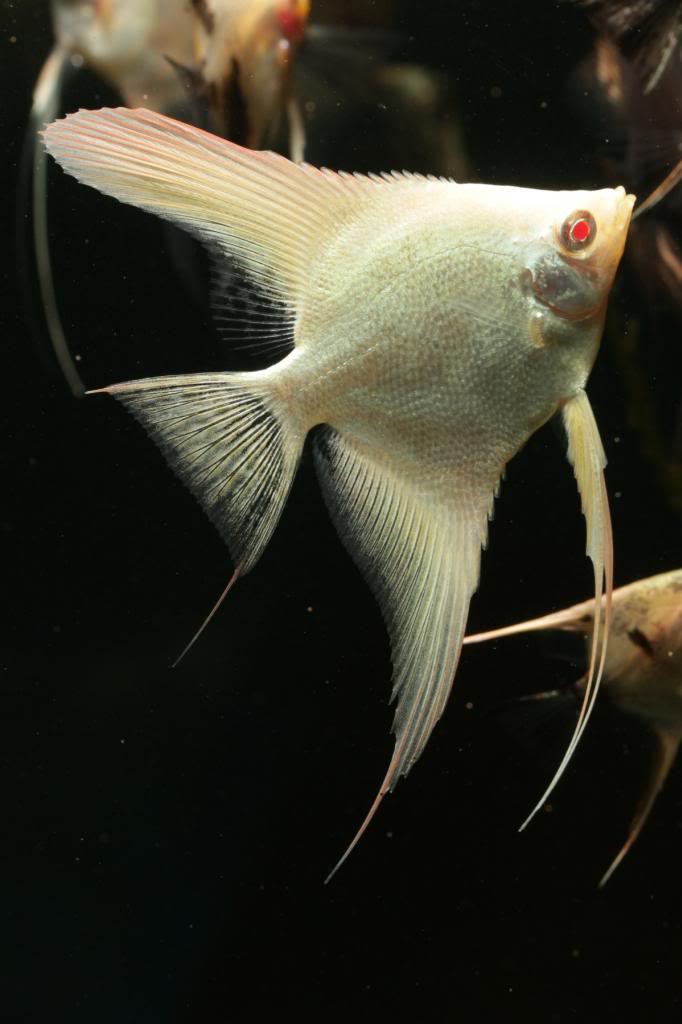 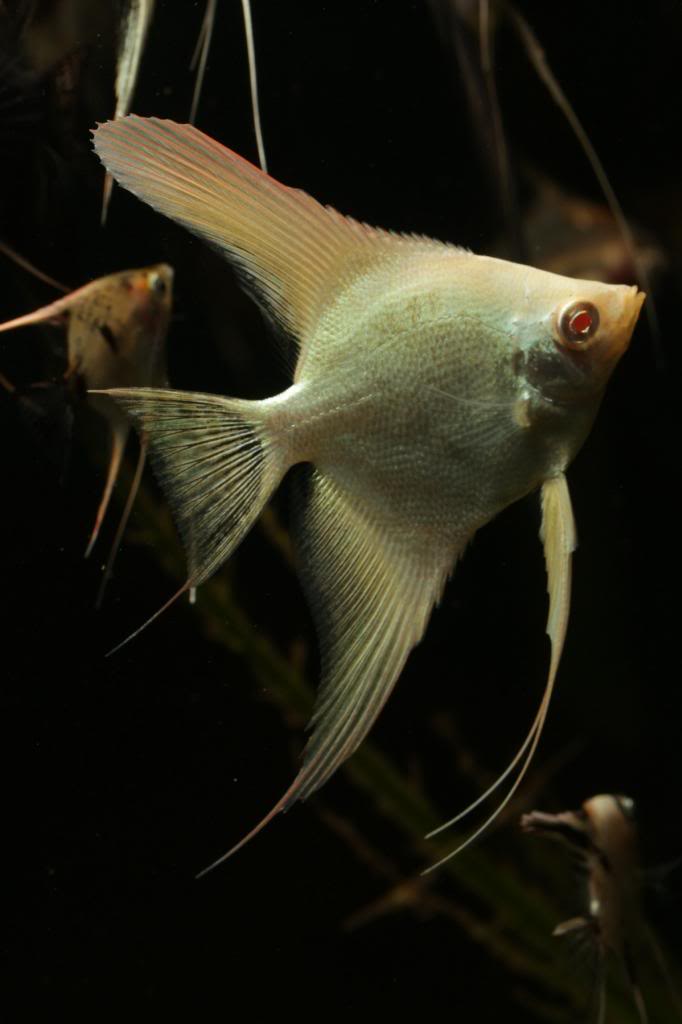 This is his sibling, I think she's female but not a blue 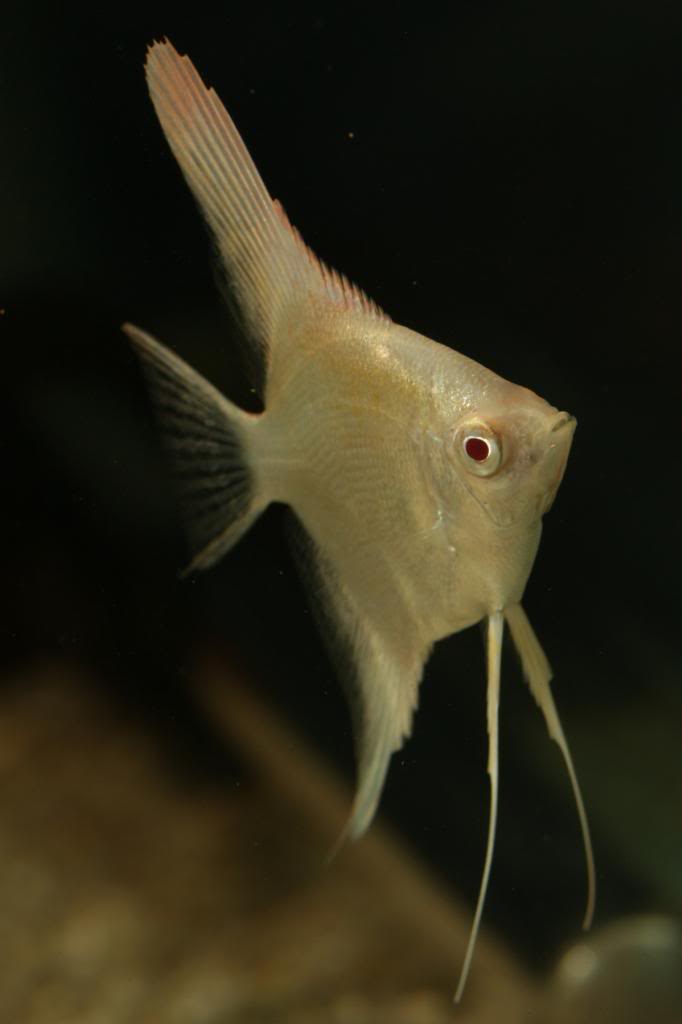 A couple of questions, how can you ell one is a blue albino and the other not? Also just out of interest hat were their parents??

Ohh by the way stunning fish and photography!!

The Blue clown veil really is my kind of fish with a great shape & beautiful fins.

They're about 5 months old, but in my experience the age when then they start to "pearl" can be quite variable. It may be that he's only het. and that the pearling won't get any "worse", time will tell!

That's a very kind offer Paul, but even if he does turn out to be a pearlscale, I think I'll put up with him!

how can you ell one is a blue albino and the other not?

A good question, to which there's a short, simple answer, and a more complex one....

The short answer, if you saw them in the flesh you wouldn't need to ask that question. I know he's blue, because he looks blue, compared to the other, in the flesh, the difference is obvious.

The longer answer is that if you had no previous experience of albino angels you might reasonably assume that albino would "override" all the other colour genes present and that all albino types would look the same. The reality is actually rather different, an albino silver has "ghost stripes" where the black banding should be, albino marbles have similar "ghost marbling" and albino blacks apparently, I haven't seen one in the flesh, but I've seen photos, have a darker, more orange tone to their skin. When it comes to blues, the blue colouration is not due to pigment, but subtle structural changes in the skin which change the way light is refracted and reflected, the blue should therefore show on an albino as well as it does on most other varieties.
In practice, the ease with which it's possible to spot that a particular fish is blue does vary from variety to variety. So when I was first confronted with an albino fish in a spawn where there were 50% blue and 50% het. pb offspring, not having anything to compare him to I wasn't 100% sure if he was blue or het. Having now seen some very good photos of blue albinos, and having this individual to compare to my original, I'm confident that the original was only het. for pb.

Homozygous pb. fish, both blues and platinums, seem to have more lustre, and that's certainly true for this individual, I'm reminded of the old adds for Daz and Persil automatic about getting your, "white's whiter" and a "bluey whiteness you don't get from other powders" ....
So if you look at the second photo of the blue albino and compare it to it's sibling, their crowns (from the tip of the nose, running back to the dorsal fin from eye level and above) are both a fairly similar creamy colour. But when you look at the gill covers, and the rest of their bodies, the albino has a slight blueish grey tone which is much more apparent in the flesh.

Also just out of interest hat were their parents??

Their parents were a sibling pair of smokey black lace with all sorts of other genes thrown in for good measure. In general I try to avoid sibling to sibling pairings, but these two paired up in a grow on tank and seemed so well matched I decided to let them have a try, I'm glad I did!

Here's a photo of the parents of the two albinos 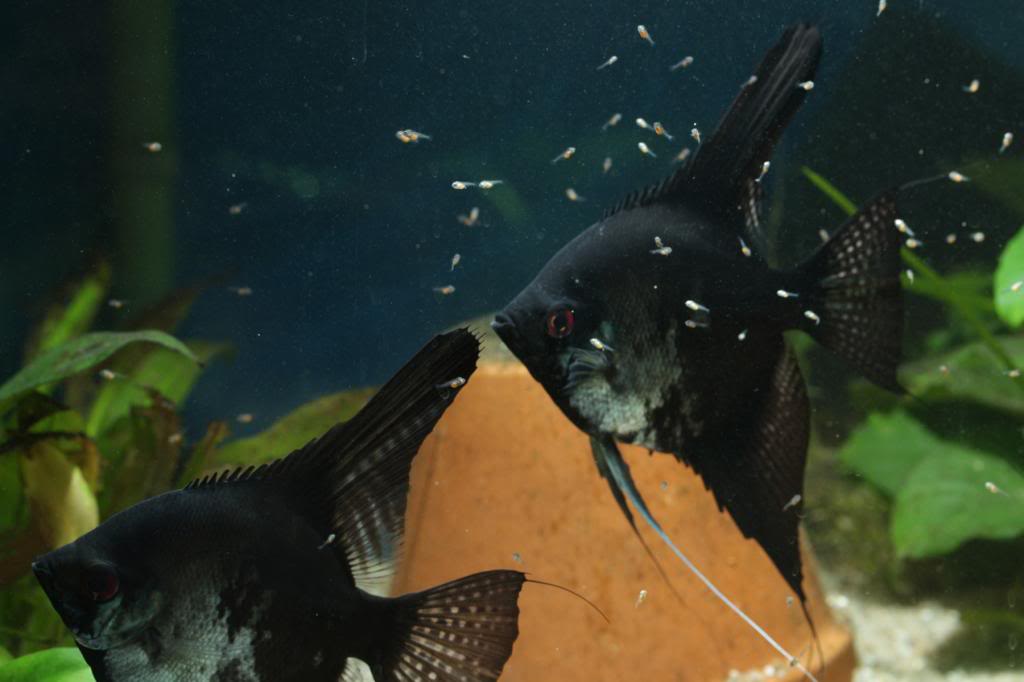 You certainly won't be saying "You look just like your mum"!!! lol I'm amazed