The odd one out

The odd one out

This little fella was the only one out a blue spawn like this,im sure he /she is a chocolate as both parents are smokeys.On one of his ventrils he has a fork & up close when he moves it resebles a crab. 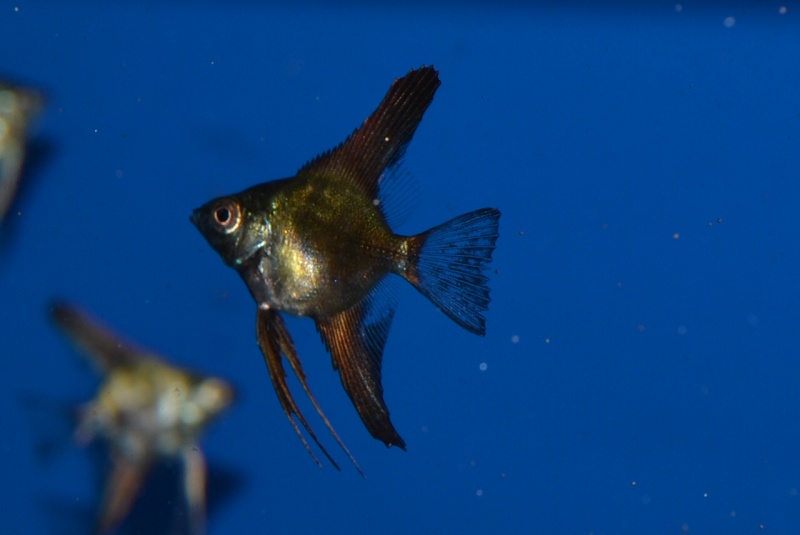 Now this little fella is growing im not sure what to make of him wether he is a chocolate or not. 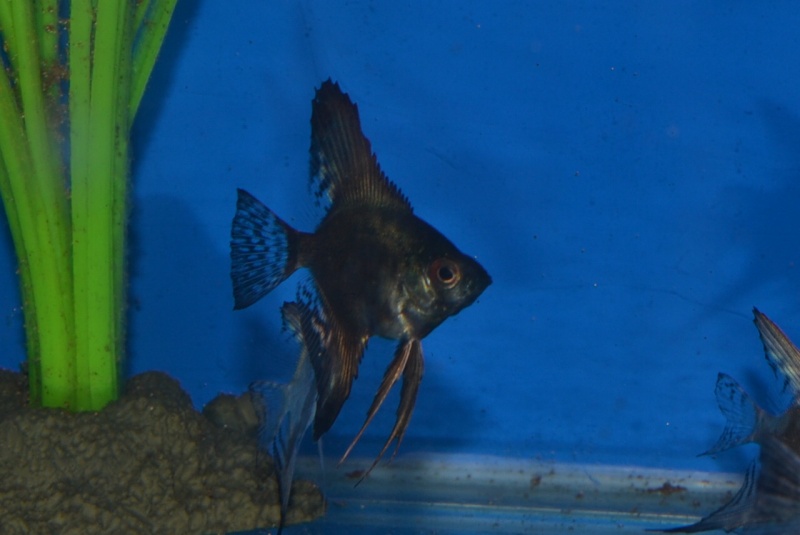 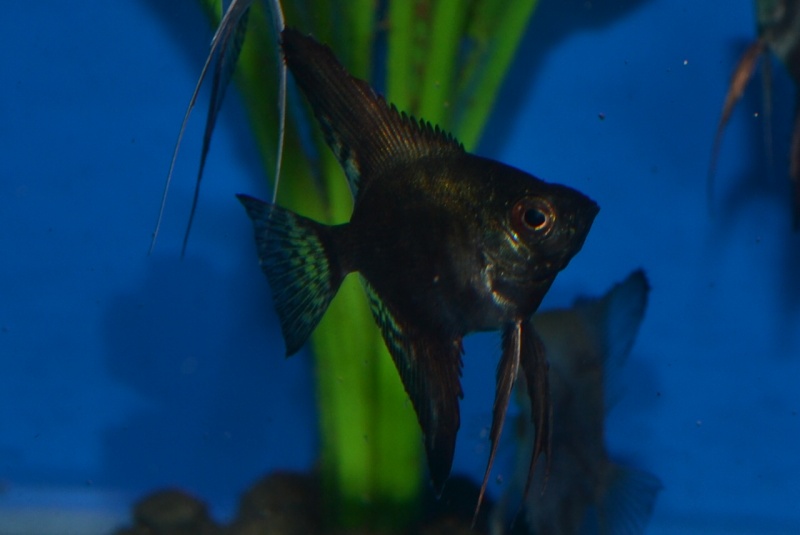 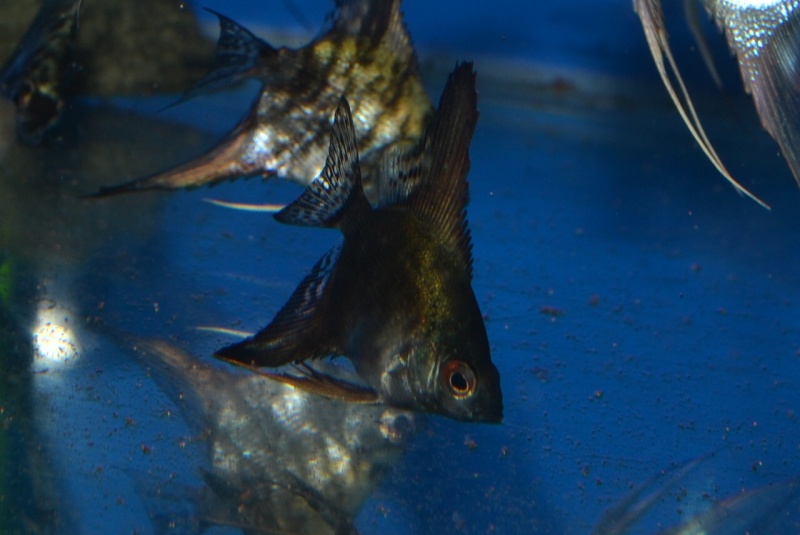 Hi rob he is out of a smokey blue marble I got from you & a blue smokey pearlscale. I have had a few spawns from this pair but this is the first & only one I have had like this out them.

Spontaneous mutations producing the dark gene seem to be pretty common. Raiko has reported them in his koi x manacapuru crosses. Grummie has reported them. I've seen them in my own stock on several occasions and if you trawl through TAF II you'll find several reference to it. Usually these mutations are reported in fish where one or both parents has a gold marble gene, but I suspect that marbles might also be likely to throw the odd dark fish out there. None the less I'd be interested to know if either parent has a gold marble gene.
_________________
Blessed are the cheesemakers!

Hi rob, as I said the female was on I got from you but the male I belive came from Dave aka Baldy Dave.
This pair have produced M/g-Sm/+-pb/pb.
A friend of mine also has a couple of fish from the same spawn as the male & they as far as I know havnt thrown any with or carring gold.

the female was on I got from you

The annoying thing is that whilst you got her from me, I couldn't remember which batch she came from. Checking back through my records they were M/+ - Sm/+ - pb/pb and M/g - Sm/+ - pb/pb. So it looks unlikely that there's a gold marble gene involved.
_________________
Blessed are the cheesemakers!

Thanks rob just as i thought, & it sure pays to keep records as you nailed both types straight off.
Many Thanks.