Not really sure what I have ...

Not really sure what I have ...

Not at all sure what I have .... can someone help me out? 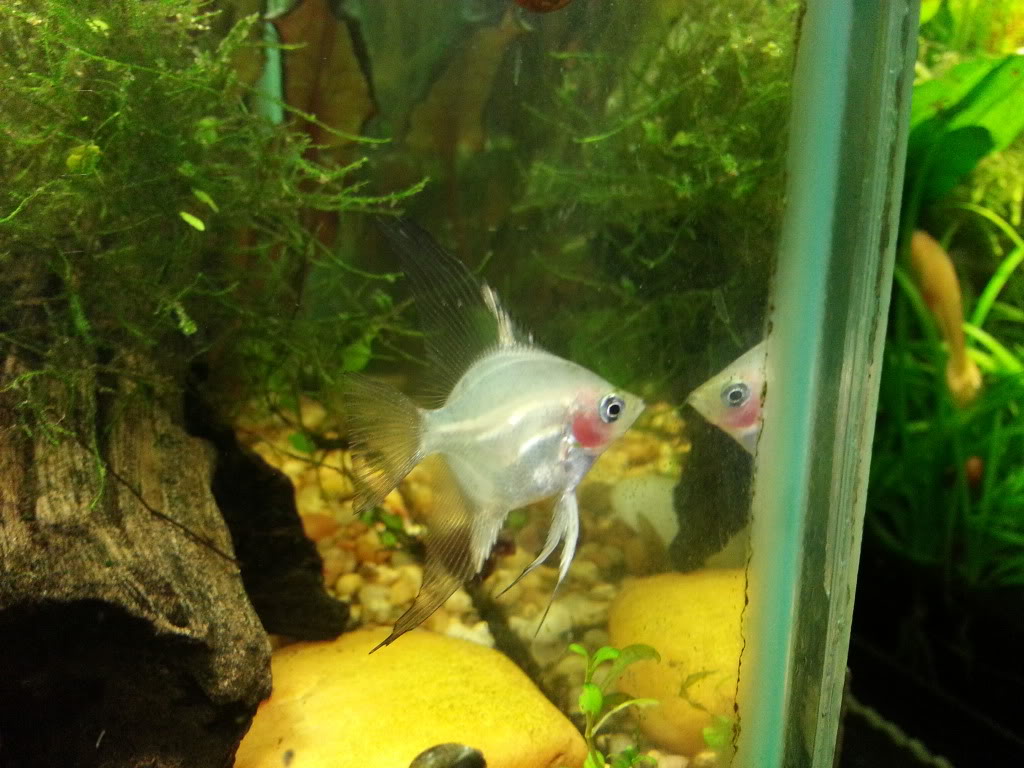 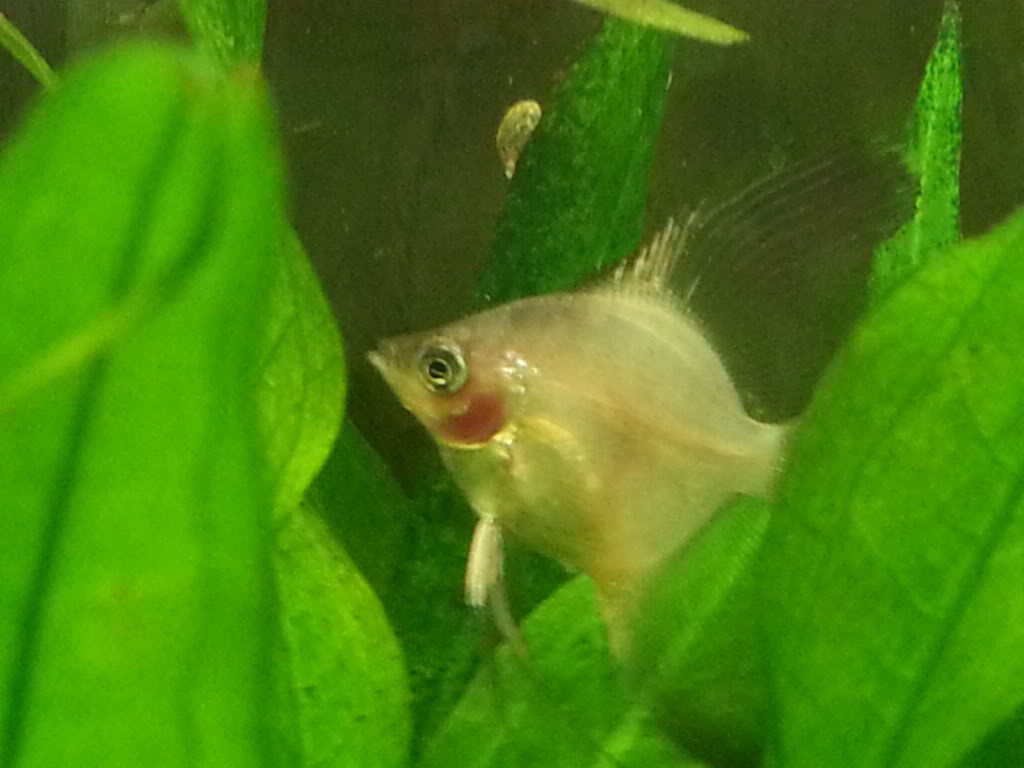 Hi Cyianara69,
welcome to the forum.
Often the only way to be sure what you have is to do test crosses to see what the offspring reveal. None the less there are certainly things that can be said about them....
most obviously they're some type of blushing angel, which means they have two copies of the stripeless gene.
Next there are no discernible blotches patches or other marks so we can rule out Marble and gold marble.
The dark colour in the fins, and on the head of the second fish means that we can rule out any gold or platinum variety....

The only question that remains to be answered is, "does it have any pb (Philippine blue) genes?"
A blushing fish with two pb genes is known as a paraiba. Because they are small I don't think that can be ruled out as a possibility, but despite the red/pink flash in the dorsal of fish 1 I don't think they are, they might be heterozygous for (have one copy of) pb, which does seem to slightly enhance the amount of iridescent patches in blushing fish, but I'm not convinced of that either.

To confirm my ID, I'd recommend crossing with a platinum when they are older.
If you get 100% silver ghosts then they don't carry a pb gene, 50% blue ghosts and they carry 1, 100% and they're paraibas.
If you get some gold or platinum offspring that would show the presence of 1 gold gene, etc. etc.

Thank you for the response. One of the more fustrating aspect of being a newbie keeper of angels is that old timers tend not to explain their responses. Trying to read between the lines when you don't even know or understand what your are reading makes it very fustrating. Your response fill a good amount of holes that I had at trying to understand some characterics of angels. I greatly appreciate that you explained your respone and not just responded with something like "looks like a paraiba to me."

Now with your explanation, I am leaning towards the silver blushing. The breeder that I got them from put all of his grow outs in one tank and kept basically 4-5 breeding pairs, so he didn't know which pair these came from. Now that pairs that I see were mainly Silvers and Golds. I did asked him if he had plats and he said that he did at one point but they died. So if he did bred his plat angel, and if these angels did come from the offsprings of that pair, then I would think that I may have a hidden pb gene in one of these two angels. Since these guys are young, then it will be a while before I find out what genes these guys have.

Again, thank you for your explanation, it has helped me alot.