Glad I found you!

On Monday this week I collected my first angelfish and I'm in love. The problem is I don't know what they are. The guy I bought them from had got them from someone else (poor things have been moved a lot) and the details about their genetic history is a bit diluted!

He told me they were altums and they clearly are not! I don't mind and it's for the best really because now I know my tank is more suitable for them. They are a mature pair from unrelated parents. He said that they are both F1 but the male is a pure altum and the female is an altum crossed with a manacapuru, and she does have a red cap. I kind of wonder if the guy I got them from thought wild=altum and that's where the confusion came in - who knows! 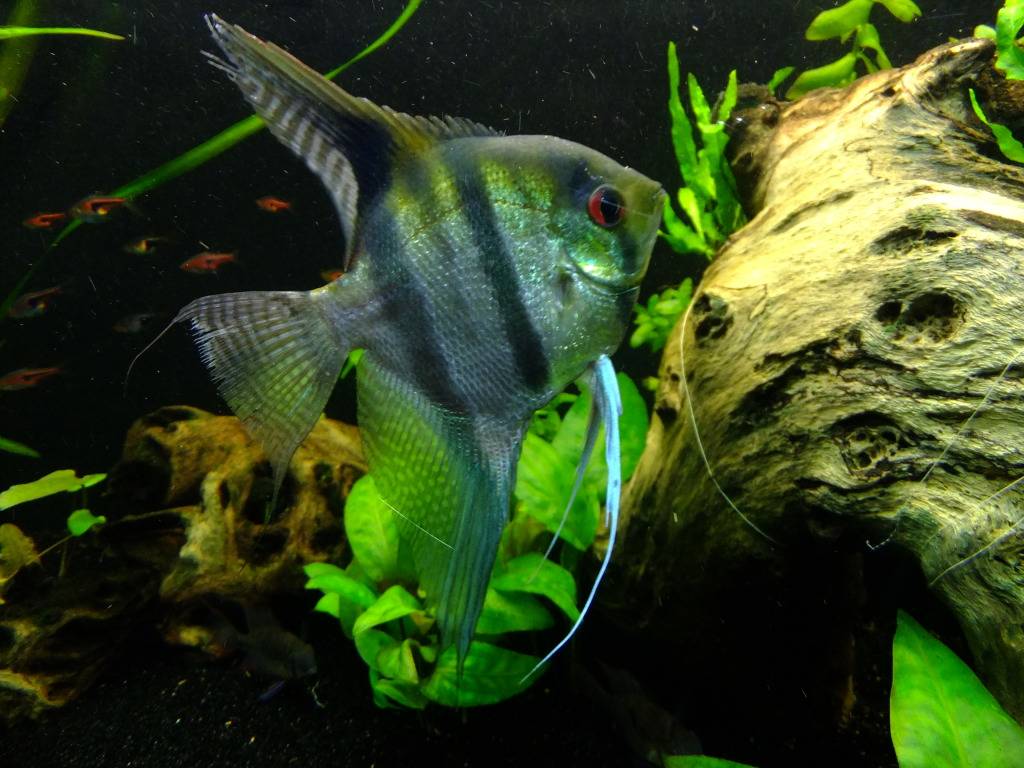 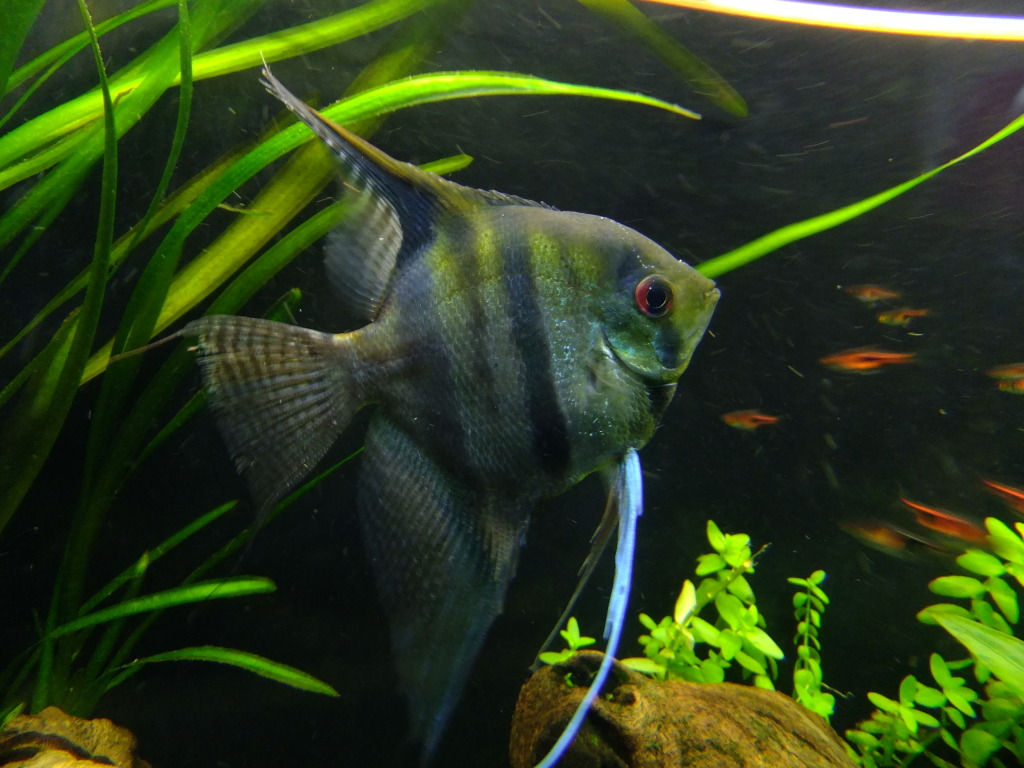 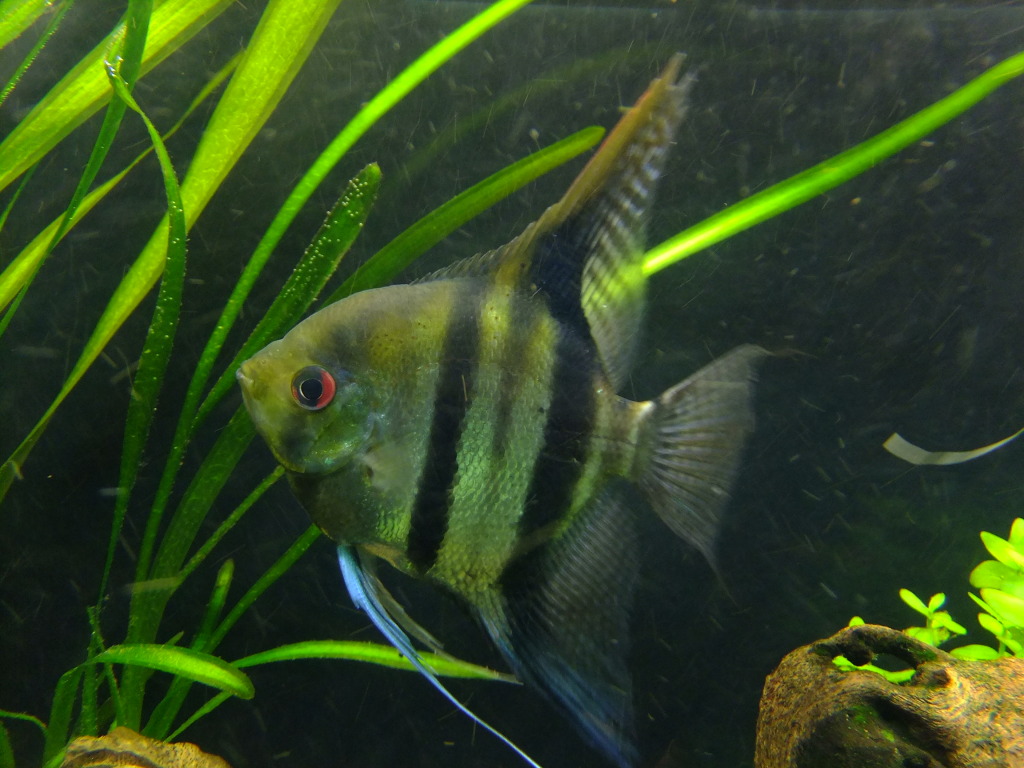 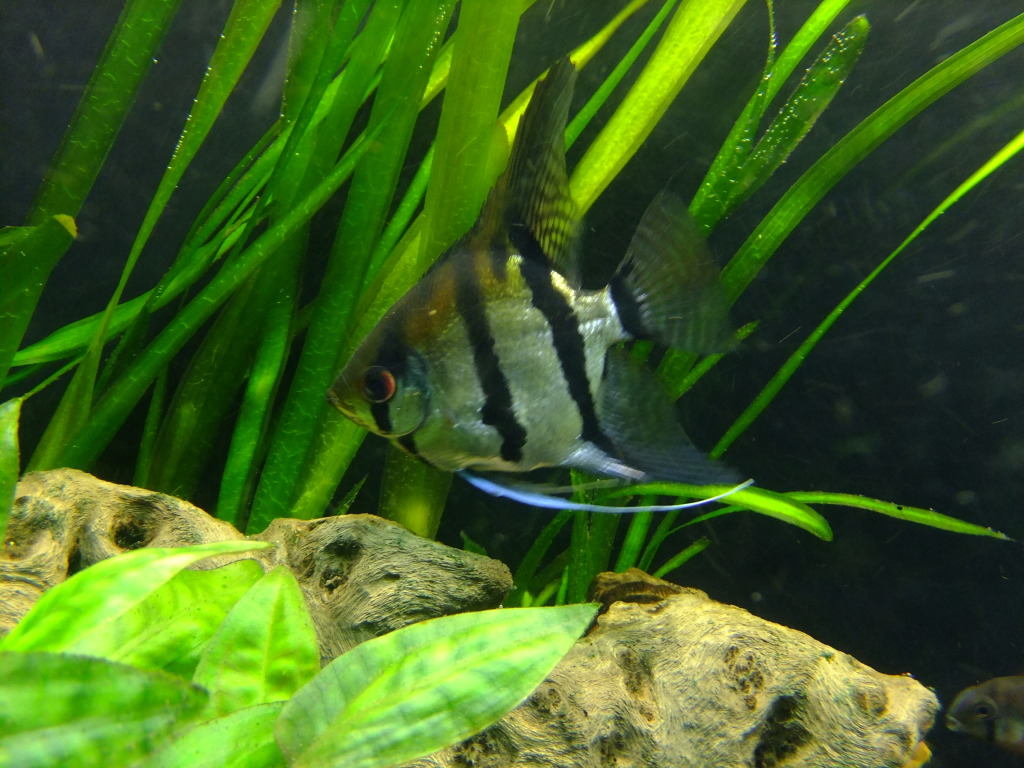 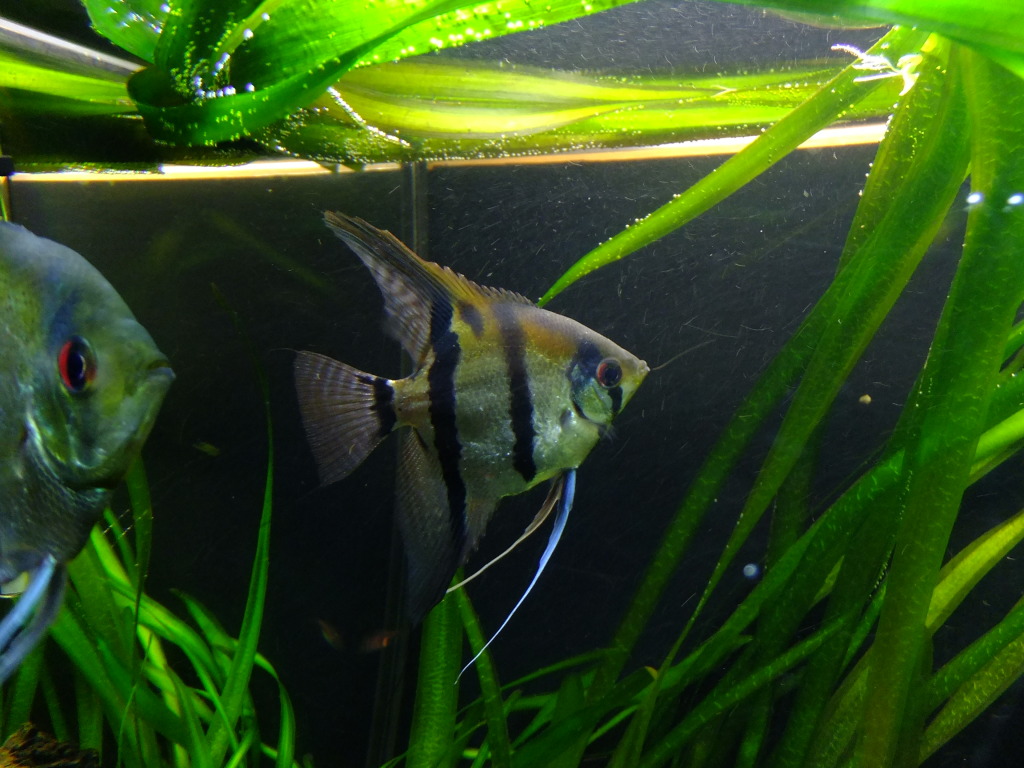 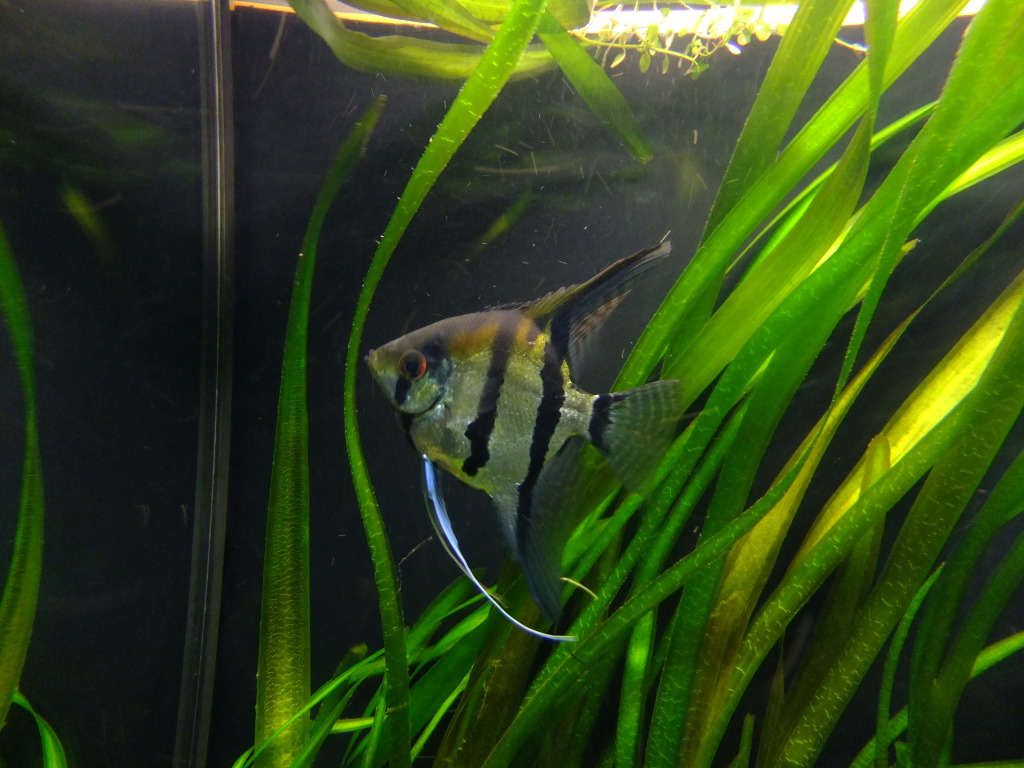 Sorry for so many pictures! I never know when to stop :p 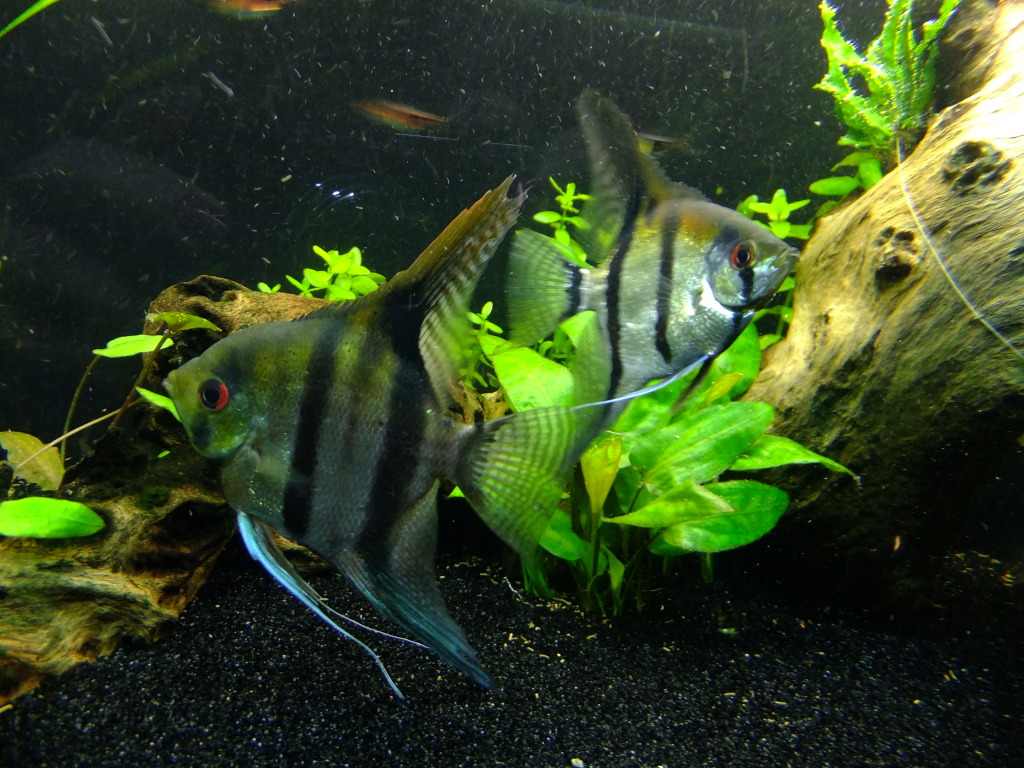 Hi there and welcome to the forum.
Even without melafix, with good water I'm sure those fins will heal nicely.
Certainly a nice pair, but, as you say, clearly not altums.
Body shape looks to be typical domestic angel, and the golden crown is not unusual in domestics either.
Two interesting features in the female, the blue ventrals, and the prominent black mark between the body bands at the base of the dorsal. These are both charicteristics associated with Peruvian Angels, often misnamed "Peru altum"
That said compare them with this fellow 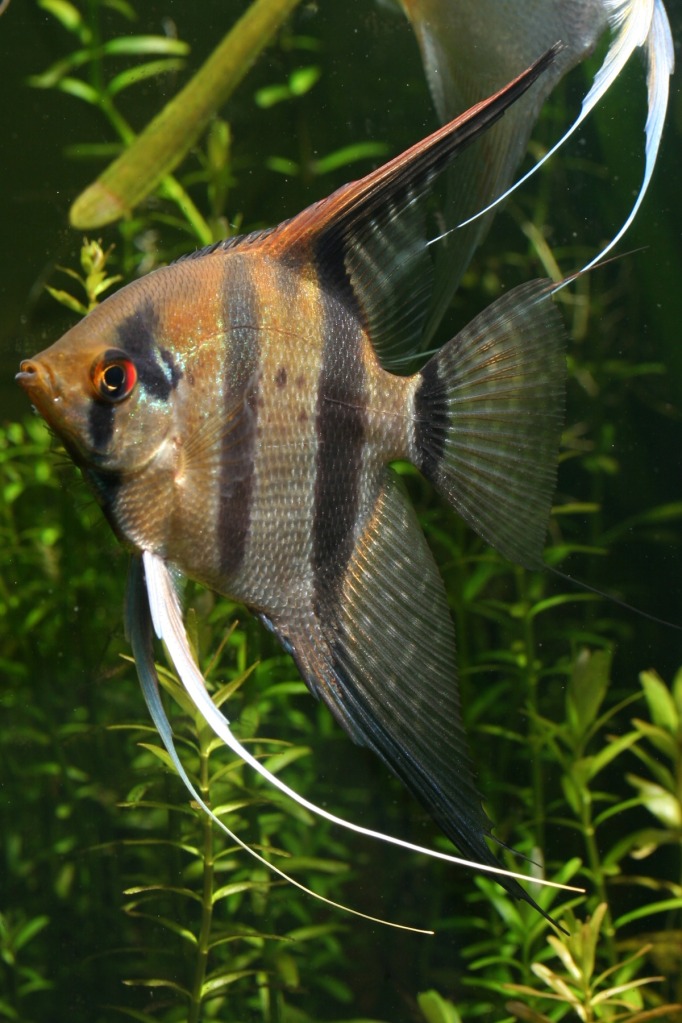 Thanks for the very helpful reply and welcome

It's nice to know what I've got! After a scare last night with the state of his fins (they seemed to get a lot worse in 24 hours), they are looking much better today, whew. The female was chasing and nipping him all night last night though peace seems to have resumed today

, that will be why they were looking much worse and edged in white. The white edges have really cleared up now though.

I'll let you all know how I get on with them!

Similar topics
» Une journée type
» Wild Lillies
» How to get rid of wild onions?
» wild onions
» Here are a few of my 'period' type crossbows