I've been trying to get a good shot of the fins on this one for a while, and tonight I finally managed to get a couple of half decent ones..... 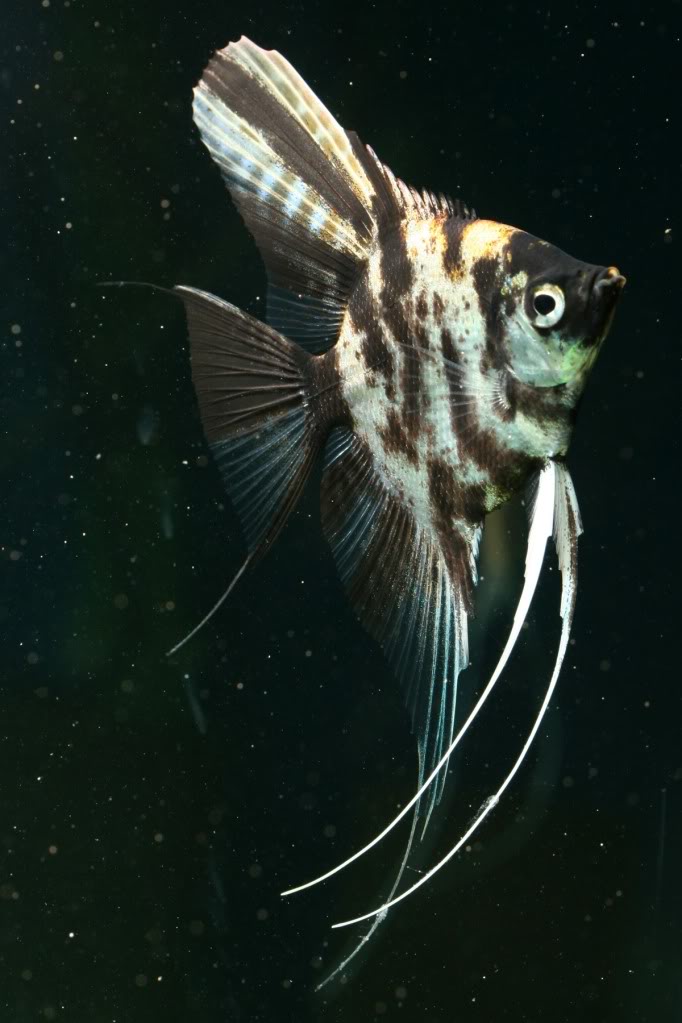 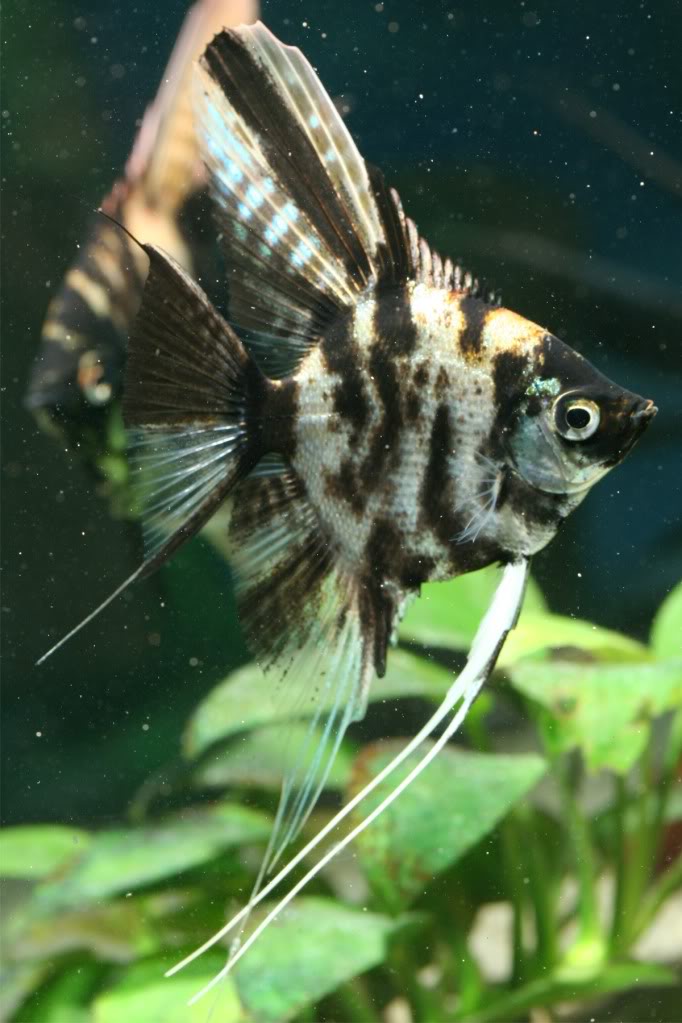 At present, the genes and/or other factors that produce a wifi fish are not understood, but one thing I've noticed is that fish displaying wifi tendancies seem to be slower growing than their non wifi siblings. This fish for instance, is 8 months old with a body diameter about 20% less than some of it's more normal finned siblings.

Another possible piece of the jigsaw, is that some of my fish seem to have spectacularily long fins. My avitar (below) for instance is the half brother to the fish above.... 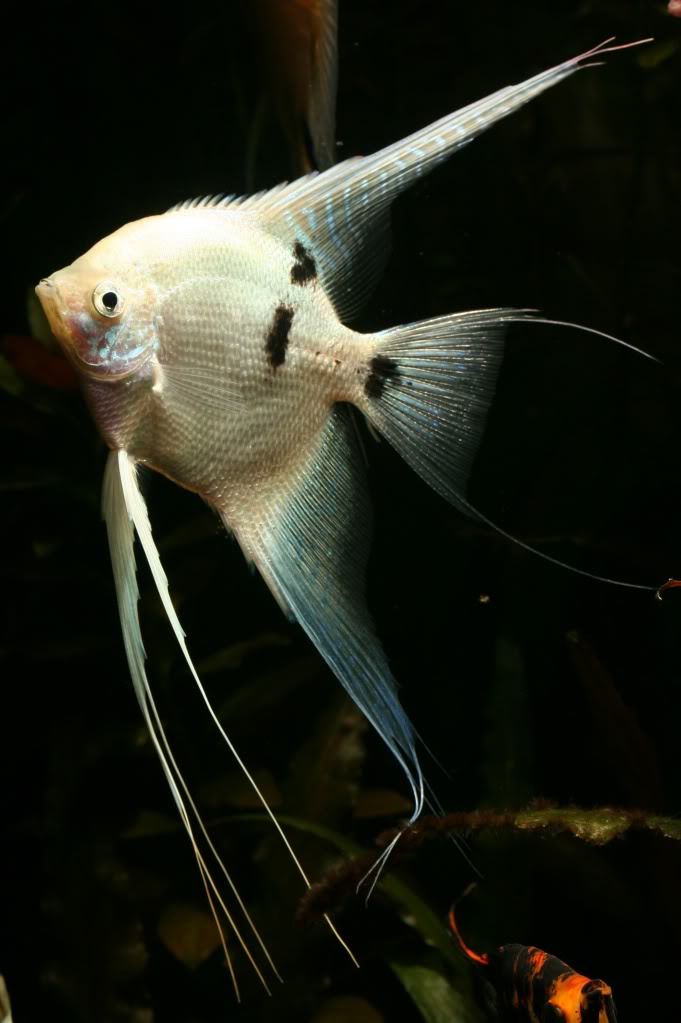 His father was a Ken Kennedy fish with moderate wifi tendancies. He and his siblings all grew rapidly, and most developed nice long fins, but no obvious signs of wifi.

It's a conundrum isn't it. I'm sure if someone can find this answer it's you! Beautiful fish btw.

Very, very interesting.... I will have to llok around my fish house and see if there is and see what relation there is to growth & finnage there.. not that I have produced anything with such stunning finnage as yours Rob

first pic is a cracker!