F1 Peruvian to my collection

F1 Peruvian to my collection

I bought this as F1 Peruvian from Czech supplier, can't get much wilder than that ++

(F1 is a sibling of two wild caught fish)

Dorsal fin looks slightly compromised at times but it is able to display it straight depending on mood and motion. It was housed last week with a tank mate of clearer banding and although this one might be a 'left over', it's still fairly impressive.

Normally, I don't like angelfish with big snouts (especially when it looks like someone just stuck a triangle on for its nose) but I'm coming around to the 'look' as long as the body shape and fins justify it.

Body length is about 3", fingers crossed for a female: 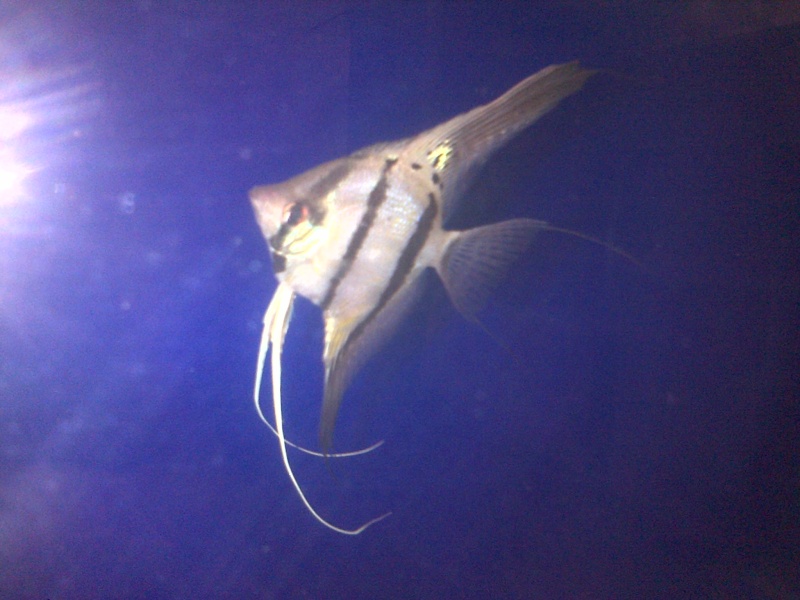 Re: F1 Peruvian to my collection

Looking nice, & I'm guessing it's going to be related to the F1 Peruvians I got from a Czech supplier!