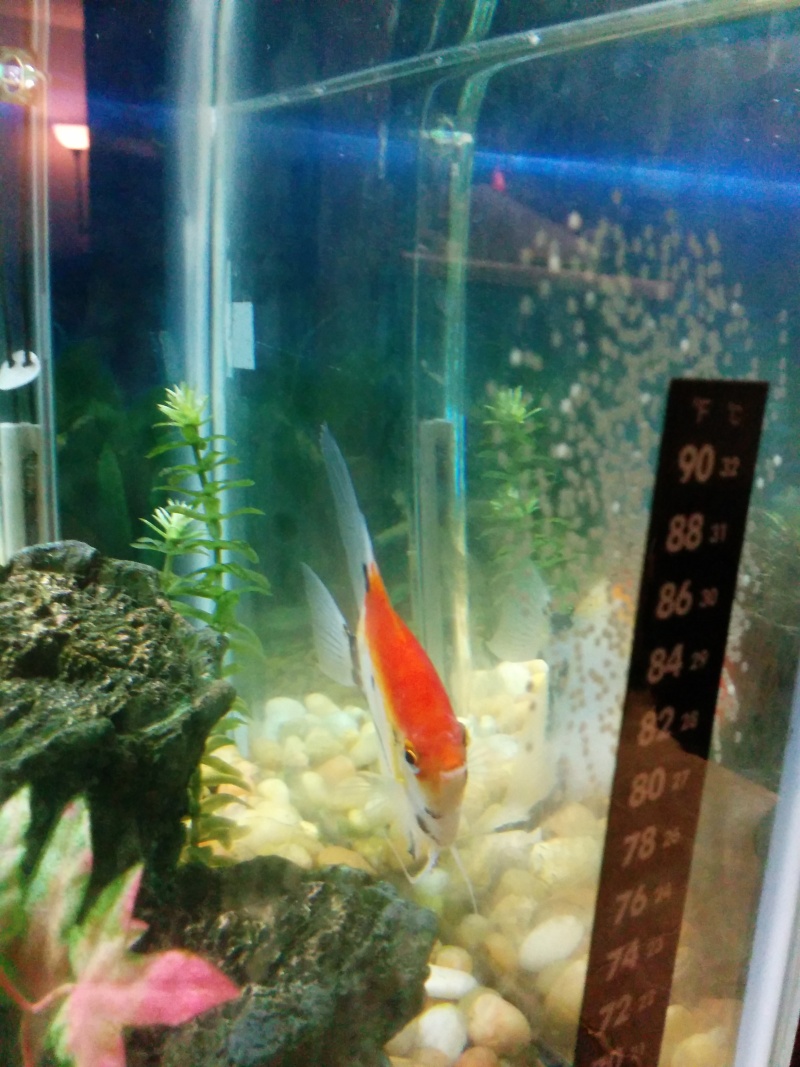 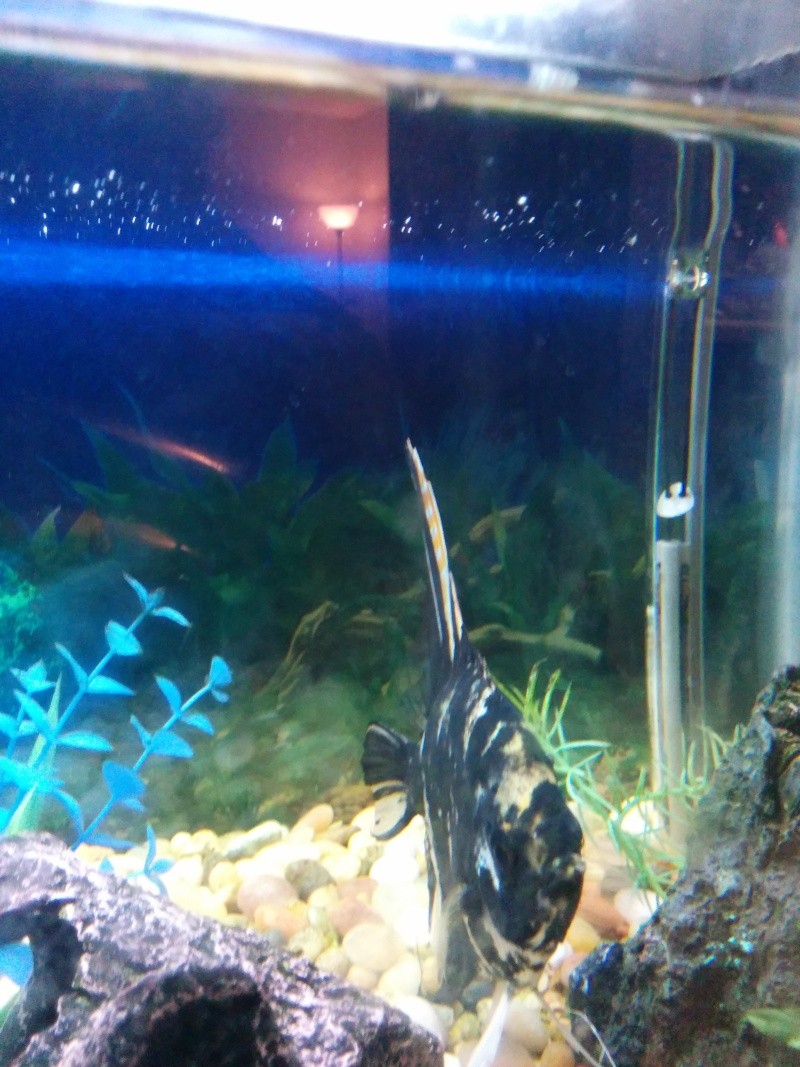 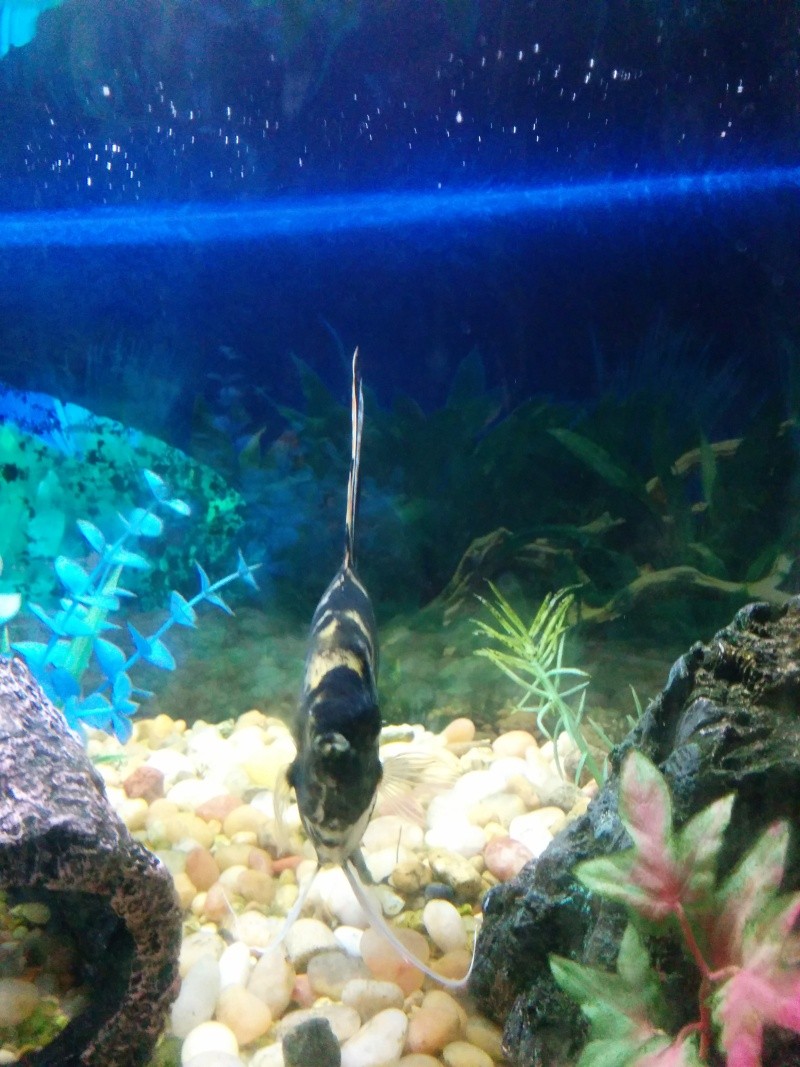 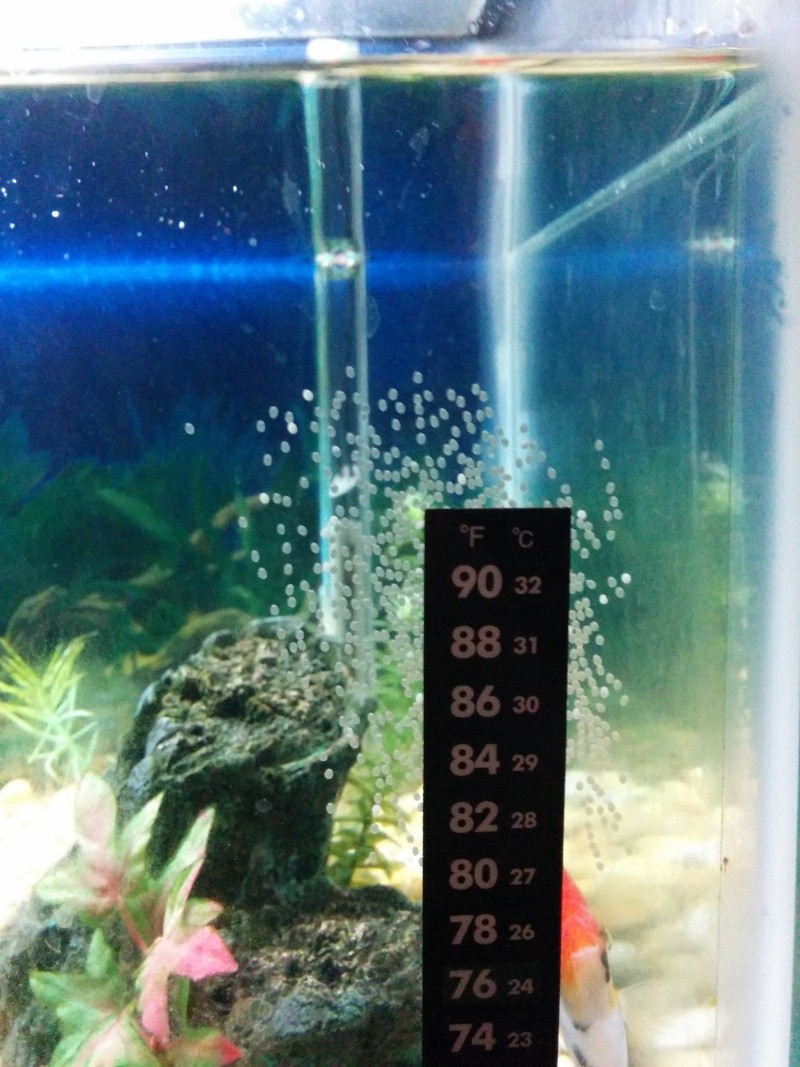 Hi & welcome to the forum.
The first is a koi (blushing gold marble), the second some sort of marble, it's not always possible to determine which genes are present simply by looking at a fish, sometimes you have to do a test cross to find out.
My guess is that you'll either get all offspring that look similar to the marble, or you'll get 50% like it, and 50% gold marbles (gold marbles will have a yellow base colour and far less in the way of black markings than their marble sibling)
You might also see some koi and some plain golds in the offspring.
Assuming you manage to raise them, post some photos, preferably side rather than head on, and we'll be in a better position to work out the genetics of the parents.

Perhaps the most simple way of looking at it is, if you have two coins and flip them 100 times, log the result, the probability is:

It's never that simple though because, for example, if the Heads trait is dominant it will mask the tails trait. It follows that any result which includes the Heads trait (that is, H&H,H&t and t&H) will be shown as Heads only.

By that reckoning (as the Marble trait is dominant) you would have at least 75% marbles and what other traits are shown or masked depends on what your fish inherited from their parents. Genetics theory is one thing, in reality you end up with those fish which survive under the care of their parents and you the fish keeper, even with the best intentions, that's not always a lot of fish.