I'm new to the forum so thought I should say hello!

I've just transferred my Mbuna to a 5fter leaving my Vision 260 going from this: 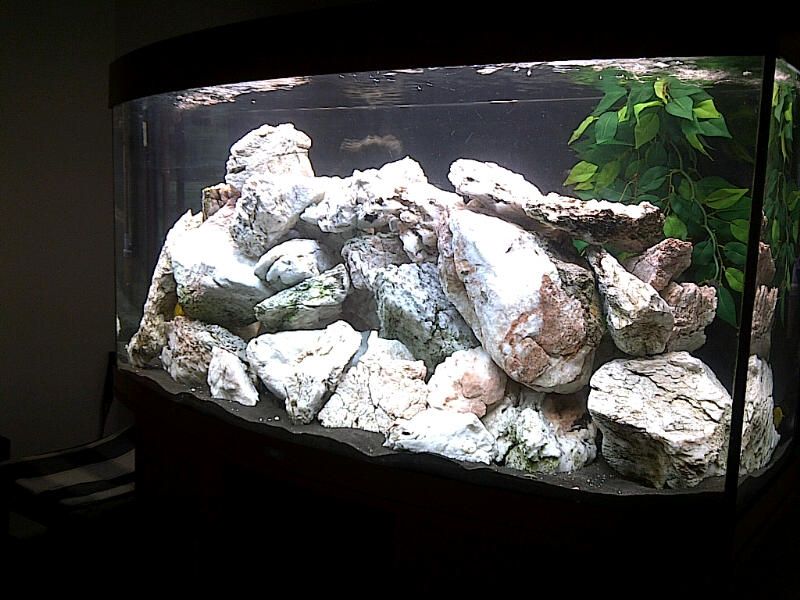 ...to looking very sad and empty! For some variety in my living room I'm going to set it up with a group of angels and am sure along the way I will have plenty of questions for you all! When I upgraded the Mbuna, I kept over an EX1200 so have good filtration.

Hi Nick & Welcome to the forum.
One of my tanks is a Vision 260 and it works well as an angel aquarium.
Make sure you keep us updated with photos.

Thanks very much for the welcome!

It's good to hear the Vision works for Angels...I had hoped to as it's quite a tall tank. How have you stocked yours?

Looking forward to getting advice from the experts here, and hopefully a recommendation or two as to where in the London area I can source good quality stock.

Hi Nick,
I have 12 tanks dedicated to angels.
5 x 2' tanks are used to house breeding pairs, or sometimes used for growing on babies.
4 x 40 gallon tanks are used for growing on youngsters of various ages up to about 7 or 8 months old.
1 is a small quarentine tank, or used for raising small batches of no more than a dozen or so youngsters until they can be mixed with other youngsters in the grow on tanks without risk of confusion as to their parentage.
1 is a 100 gallon, 5' display tank, used to hold adults that I hope to use in my breeding program, but which aren't currently in one of the breeding tanks.
Finally my vision is also used as a display tank, it's heavily planted mostly with amazon swords, and is home to about 25 young adults, these are fish that will probably end up in the breeding program, but generally younger and smaller than those in the 5'.
Every so often I have to thin out numbers in the 5', move some on from the vision to the 5' with others that don't quite make the grade moved on to my shop. This makes space for more fish from one of the grow on tanks to be moved in!
I find this system works well for me, although many would regard my tanks as heavily stocked! That said, if I was using a 260 as my sole tank, I'd limit myself to a maximum of about a dozen angels, or if I was going for slightly larger types (eg Manacapuru angels) I'd stick to about 8 or 9.
I do have a couple of whole tank photos, but to get a better idea, take a look at the video...

Thanks for sharing - both of those tanks are beautiful, and I really hope I can find fish of that quality! I had a look around some of the shops here and they didn't have a lot of choice...

12 is more than I thought, but the tank will be dedicated to them, so not necessarily bothered about tank mates. I've never had a lot of joy with plants, but then never really tried with the Mbuna. Will start to look into plant varieties too.

Thanks for the replies, and look forward to sharing my progress.